Curse of the High IQ 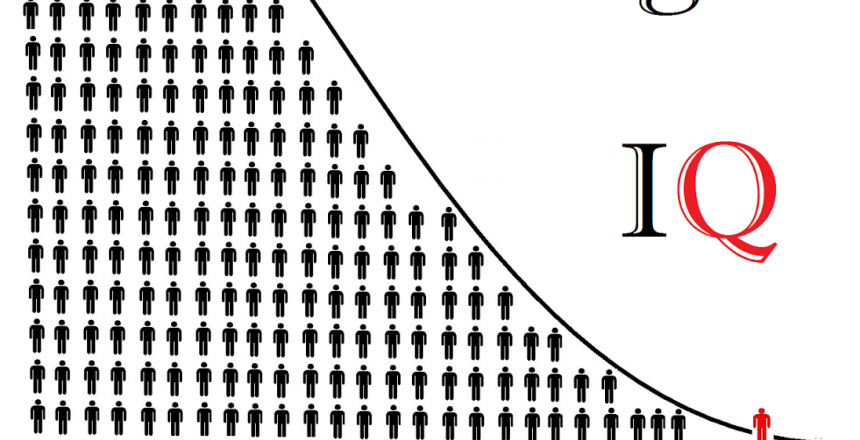 If you read this site, I’m guessing you’re more intelligent than average. Most normies aren’t interested in the kind of geeky science we discuss here.

Assuming you are more intelligent than average, you’ve probably noticed in your life that you don’t fit in with other people all that well. They bore you. Their interests differ sharply from yours.

If you’re unable to correctly diagnose what’s going on, you start to believe that the problem is you, that there’s something wrong with you that makes you unable to fit in or share common interests with most people.

But there isn’t anything wrong with you, and the answer is simple.

Because you’re intelligent, you find yourself at the right side of the normal distribution of intelligence. The more intelligent you are, the rarer the bird you become.

Society, at least in its public aspects, is geared toward the average. If most people are interested in the Kardashians or in whatever team is playing on Sunday, than that’s what society will present to you.

An analogy is that if you stand 6’8″ tall, you’re going to have a hard time finding clothes that fit. Society isn’t geared for the minority.

Aaron Clarey correctly diagnoses the problem in his new book, Curse of the High IQ. The problem isn’t you, it’s just that by definition the world must work that way. But if you don’t understand this, it can lead to unhappiness and worse.

It turns out the those with very high IQ, say over 135, are inappropriately excluded from high IQ professions. This seems to be due to a couple of things: 1) leadership positions are optimally filled by people whose IQs are no more than 20 IQ points higher than those being led; and 2) social isolation, the very phenomenon discussed in Clarey’s book.

The curse of the high IQ seems a bit like psychotherapy, in that bringing this knowledge to consciousness is a big part of the cure.

What can you do about it once you understand it? For one thing, the internet is a godsend. The internet functions as a filter, a much better one than real life.

Ed West (https://twitter.com/edwest) remarked recently how the advent of the bicycle changed mating patterns in Europe. Suddenly, a girl who lived 10 miles away was withing courting distance. If you take this 10 miles as a radius, and 3 miles as the distance you would have walked before, and population density being uniform, then the bicycle would let you filter about 10 times as many girls as before. (Calculated using differences in the areas of circles with 10 miles and 3 miles radius.)

The internet acts similarly. Instead of your immediate neighbors, you can now filter the whole world.

I really wish that I’d figured out a long time ago how being intelligent makes you something of an outcast. It’s best to know this when young.

The curse of the high IQ manifests itself everywhere: on the job, in public education, in entertainment, shopping, anywhere the tastes and proclivities of the majority are catered to.

Even so, the curse has its bright side, since higher IQ is associated with better health, greater financial success, and lower rates of social pathology like crime or out-of-wedlock births.

But if you’re young and don’t know what the problem is, it can seem like a curse.