Earthing Could Have Profound Health Benefits 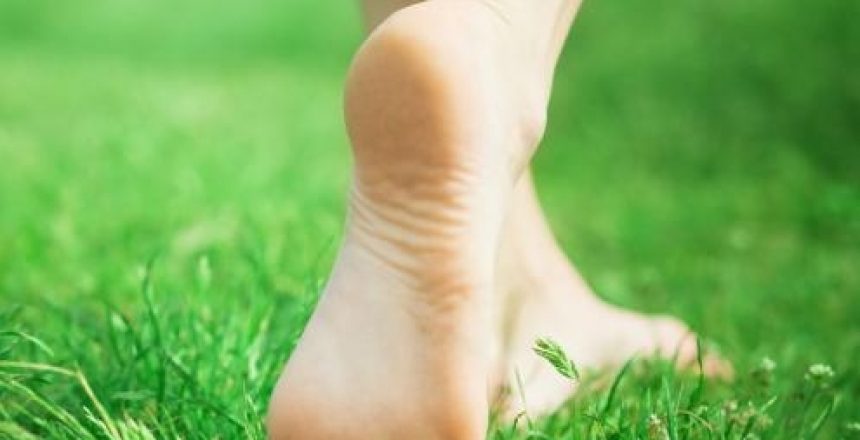 In a recent article, we saw that spending time in a forest can improve health, by lowering stress and improving immune function. Could similar exposure to natural settings, such as actual contact with the earth, also improve health? Contact with the ground is known as earthing, and earthing could have profound health benefits.

Earthing, or grounding, refers to putting the human body into deliberate contact with the ground, or the earth.

Earthing can be done in a number of ways, such as

If all of this comes off to you as odd, as way-out-there New Age shamanism, you’re not alone, as I have a severe allergy to anything New Age. But there’s solid scientific evidence that it works.

The earth has an unlimited supply of electrons, which are continually replenished by atmospheric forces such as thunderstorms. (At any moment, thousands of thunderstorms are active across the planet.)

By coming into contact with the ground, electrons enter the body, and the body almost instantaneously assumes the same electrical charge as the earth.

The human body, like all organisms, has an electrical component, and a disturbance in it may cause biological systems to function poorly. The proper function of enzymes and other molecules, for example, depends hugely on electrical charges of their constituents, such as amino acids, as well as the pH of their surroundings. Electrical charges are also important at the organ level, for example in the heart and brain.

If we are insulated from the ground, as we are a great deal of the time, it stands to reason that biological systems may not function properly.

If all organisms, including humans, evolved under conditions that featured intimate contact with the earth, then our biological systems would be optimized for those conditions.

Hence our modern lifestyles could be making us sick by depriving us of earth contact.

One can look at earthing as just a specialized example of a paleolithic lifestyle: just as paying attention to the food and exercise we evolved with can yield many health benefits, being in contact with the earth as our ancestors were could also.

A great example, because it’s simple, of how grounding can affect our physiology lies in the zeta potential of red blood cells.

The zeta potential refers to the negative charge on each red blood cell, which is caused by the molecular components on its surface. See the illustration below.

The subjects in this study were grounded by attaching conductive patches to the soles and palms of their feet, and these were wired to the ground. They did this for two hours.

How important is blood viscosity for health? The authors of this study write:

If earthing had the potential to move a person into the lowest category of blood viscosity, then it would seem to also greatly decrease the risk of cardiovascular disease.

Cortisol is a necessary hormone the amount of which rises and falls with a circadian rhythm, and can become dysregulated in cases of illness or stress.

The graphs above show cortisol levels before and after 6 weeks of sleeping on a grounded bed. Each line represents one person. (Reference.) As with the zeta potential, it appears that those with an abnormal level or rhythm of cortisol had the most change.

Other indicators that grounding affects include:

Earthing, or grounding, is, to say the least, intriguing.

How great a potential for improving health does it have? At this point, that’s very hard to say, but the experiments show great improvements in some important health markers.

Besides the experiments, anecdotal reports of improved health with grounding exist.

Many of the studies on earthing have been done by Gaetan Chevalier, who has been a professor at the University of California, Irvine, and is now at the UC San Diego School of Medicine. He has a PhD in engineering physics from the University of Montreal. I mention him and his qualifications because of the suspicion that this is all too New Age to be true, and because I’m forced to take much of the research at face value. Another proponent of and researcher into earthing is Stephen Sinatra, M.D., who is at the University of Connecticut Medical School.

Much more research needs to be done to establish degree of health effects, whether it works in all cases, on whom, and for what.

The most obvious way to increase earth contact is by going barefoot, but the drawbacks are obvious, such as cold, sharp objects, inconvenience, etc. (When I was a kid, I went barefoot all the time, and I was healthy. Coincidence?)

Rubber soles on shoes are insulating and prevent electrical contact with the earth. Pretty much everyone wears shoes like this in some for or another. Leather shoes could allow more grounding.

There are various products that allow grounding, such as bed sheets and mats.

PS: On how to get healthy, see my books Muscle Up and Dumping Iron.

PPS: You can support this site by purchasing through my Supplements Buying Guide for Men. No extra cost to you.