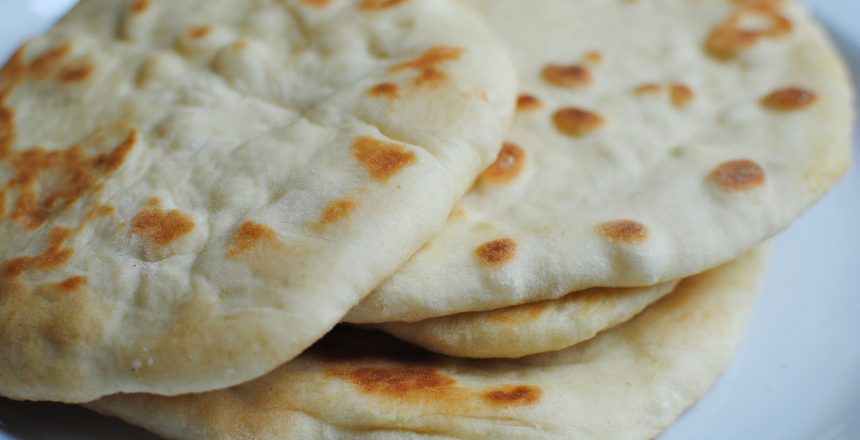 Health authorities have told us to eat more carbohydrates – “healthy whole grains” – for the past several decades, as a benign alternative to allegedly deadly saturated fat. Their story is now unraveling, as recent and divergent lines of evidence point to carbohydrates as detrimental to lifespan and healthspan. In this article we’ll look at the evidence that dietary carbohydrates increase death rates.

The PURE Study looked at over 135,000 people in 18 countries, and tracked what they ate and at what rate they died. The study found that dietary carbohydrates were positively associated with death and cardiovascular disease rates, and dietary fat was negatively correlated, i.e. the more dietary fat, the lower the death and disease rate. Results shown in the graph below.

This is an epidemiological study and therefore cannot prove causation.

Nevertheless, at least a couple other epidemiological studies have found the same: 1) carbohydrates, not saturated fat, are associated with cardiovascular disease; 2) “high carbohydrate consumption (mainly in the form of cereals and wheat, in particular) as the dietary factor most consistently associated with the risk of CVDs” (ref.) 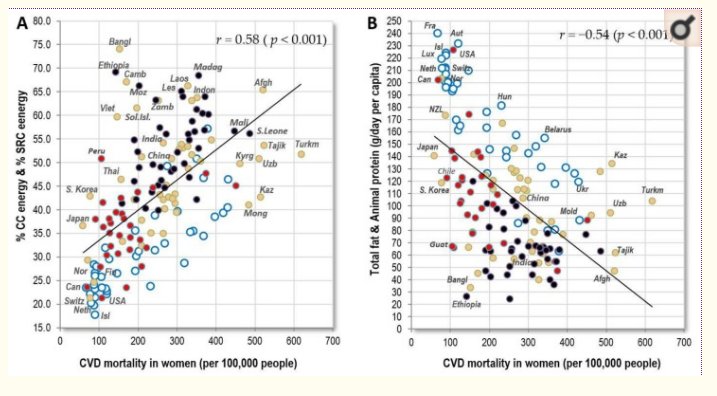 What about evidence beyond epidemiology? If animal and other evidence supports it, then we can have better confidence in the result.

You wouldn’t have to restrict calories in order to get longer life and better health, you would merely restrict carbohydrates, and eat as much as you wanted.

Benefits of fasting due to fewer carbohydrates

Intermittent fasting duplicates many of the physiological benefits of calorie restriction.

Much of the benefit of fasting may be due to the absence of carbohydrates.

One study calculated that 100% of the changes wrought by fasting was due to eating no carbohydrates. Carbohydrate restriction regulates the adaptive response to fasting. When volunteers either fasted for 3.5 days, or got an infusion of lipid for the same time, “Changes in plasma glucose, free fatty acids, ketone bodies, insulin, and epinephrine concentrations during fasting were the same in both the control and lipid studies.”

Another study estimated that 71% of the lowered glucose seen in short-term (24-hour) fasting may be due to no carbohydrates. (Ref.)

Acarbose is an anti-diabetic drug that inhibits an enzyme responsible for uptake of glucose from the intestines, and it increased lifespan by by 22% in male mice, 7% in female. (Ref.) In humans, acarbose dramatically reduced the incidence of cardiovascular events in diabetics. (Ref.)

Since carbohydrates break down into glucose upon ingestion, and acarbose prevents that and increases lifespan and lowers the rate of CVD, then it seems that simply not eating carbohydrates would do the same.

Metformin is another anti-diabetic drug that lowers glucose and insulin by inhibiting gluconeogenesis, the production of glucose from amino acids and fats in the liver. Diabetics who take metformin may live longer than non-diabetics who do not take metformin. (Ref.)

That’s a startling fact, but must be tempered by the knowledge that even most non-diabetics in this day and age have high insulin and impaired glucose tolerance.

Metformin also increases lifespan in lab animals. (Ref.) “Treatment with metformin mimics some of the benefits of calorie restriction, such as improved physical performance, increased insulin sensitivity, and reduced low-density lipoprotein and cholesterol levels without a decrease in caloric intake.” [My emphasis.]

Metformin mimics CR, which is recapitulated by fasting, which is all (or mostly) about carbohydrate restriction.

By the way, there’s even a rapamycin connection here. Rapamycin, a drug that extends lifespan, also results in the production of ketones and better insulin sensitivity. (Ref.)

And a ketogenic diet inhibits the mechanistic target of rapamycin (mTOR). (Ref.)

Multiple lines of evidence lead to the conclusion that dietary carbohydrates, especially refined grains and starches, promote mortality and are bad for health.

Decreasing carbohydrates, either entirely via a ketogenic diet, or even somewhat, improves health and increases lifespan.

If you want to avoid these carbohydrates, then avoid the following foods: