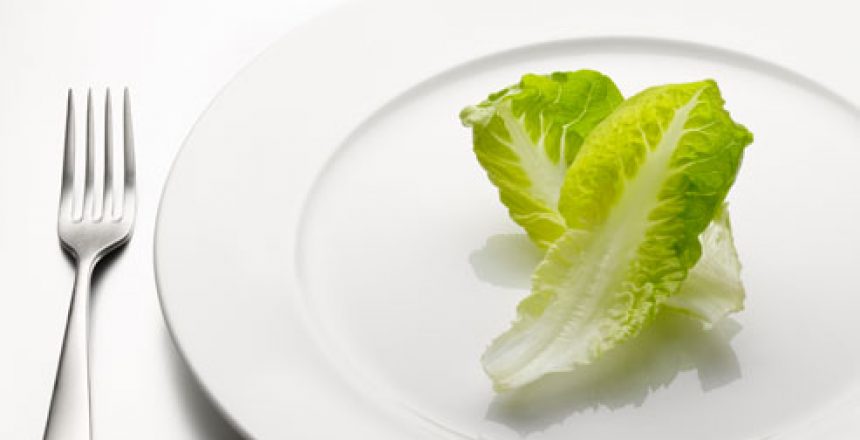 Intermittent fasting has as many and probably more of the benefits of calorie restriction, since under-nutrition is not a problem with fasting, as it may be with calorie restriction. Besides that, fasting for limited periods is just a whole lot easier to practice than long-term and severe limitation of food intake.

As aging means an increasing tendency of an organism to break down and be more susceptible to disease, it follows that calorie restriction reduces disease.

Diabetes and obesity as archetypes of aging

The disease which is perhaps the archetype of aging is type 2 diabetes, which is characterized by insulin resistance and brought on by obesity and lack of exercise. Diabetes, in turn, predisposes to many other diseases, including cancer, heart disease, and vascular problems leading to infections and amputation, not to mention Alzheimer’s.

Take a look at the chart below to see how obesity and diabetes in the U.S. have increased nearly in parallel to each other. 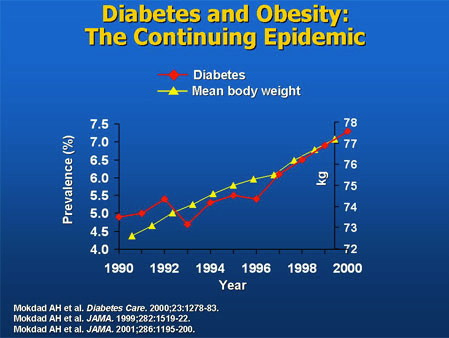 There’s obviously a connection between increased fat mass and diabetes. Some researchers believe that insulin resistance comes first, leading to obesity, but whatever the sequence is, the connection is clear.

It turns out that radically decreasing calorie intake via a crash diet can cure diabetes in one week: Reversal of type 2 diabetes: normalisation of beta cell function in association with decreased pancreas and liver triacylglycerol.

In this study, the researchers put eleven people on a 600 calorie a day diet, which is very low by anyone’s standards. The food consisted of a liquid diet, Optifast, undoubtedly not the most optimal thing for anyone to eat, but which provided 510 calories a day, at 46% carbohydrate, 32% protein, and 20% fat; the remainder of the calories was provided by steamed vegetables. A grueling regimen, no doubt, although the average participant weighed well over 100 kilos (220 pounds), so they perhaps could withstand the regimen well enough once they get into fat-burning mode.

After one week, plasma glucose levels became normal. Essentially, their diabetes was cured. See chart below.

The first treatment that Dr. Jason Fung uses for his diabetic patients is fasting, and by all accounts quite successfully. The treatment described in the paper was not fasting, but at 600 calories a day, was pretty close.

All of this shows clearly that diabetes is a disease of over-nutrition, caused by too many or the wrong kind of calories, when those calories are not burned by exercise.

One way that the issue of fasting is connected to the obesity epidemic is that most of the increase in calorie consumption that has taken place during the obesity epidemic has been through snacking. The food and beverage industry, and to some extent even the fitness and health establishments, have convinced people that they need to be eating or drinking constantly. Of course, plenty of people need little convincing.

Don’t eat all the time, don’t eat too much, and don’t become overweight, and you won’t get diabetes. And if you already have it, the course seems clear.