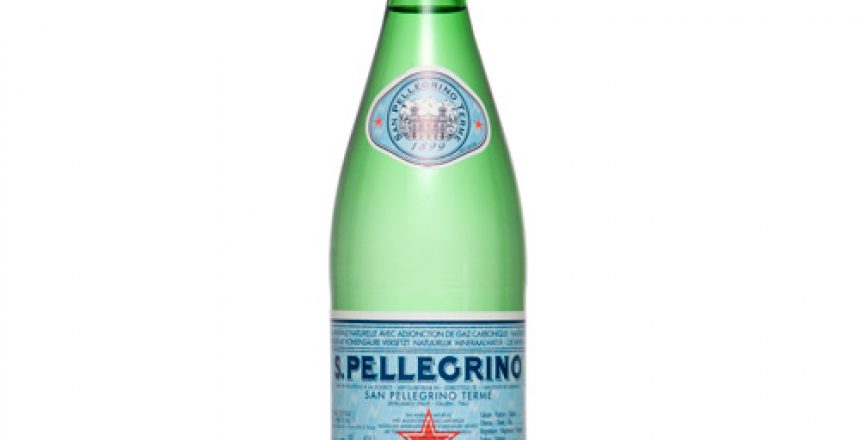 If you want to stay lean and healthy, a cardinal rule is don’t drink your calories.

Drinking caloric beverages with a meal, whether the beverage is milk, cola, or orange juice, leads to the consumption of more calories, but with no change in satiety. If you drink calories, it doesn’t seem to subsequently change the amount of food calories you consume.

There’s something about liquid calories that doesn’t register with the normal appetite control system, so if you drink calories, that could put you on the road to weight gain, or stall weight loss.

It’s not just calories either. Most commercial beverages are loaded with sugar. Since they don’t have any fiber, if you consume them alone, they’re going to spike your blood sugar and insulin, always a bad thing.

The rule not to drink calories (or sugar) immediately knocks most commercial drink products off the list.

Warning: this is going to be a short list.

Water has zero calories. When drunk with a meal, it may actually improve satiety by making you feel fuller. It also seems to be the case that we can mistake thirst for hunger, thus quenching thirst may make us less hungry.

There are a number of commercial drinks now that are just sparkling water (plain) or with a bit of flavoring added. These are fine as they have no added sugar. For example, La Croix: San Pellegrino or other sparkling waters make for a good summer or post-workout thirst quencher.

If you’re thirsty, do not drink Gatorade or similar drinks that are loaded with sugar.

If you need an energy boost, drink coffee or tea. Small amounts of cream or half-and-half added are acceptable. Sugar is not.

Coffee and tea are among the most consumed drinks in the world, which is a good thing, because they’re healthy. Consumption of coffee and tea are both associated with lower death rates. They contain phytochemicals that stimulate hormesis, much more than even most fruits and vegetables. When drunk with a meal, they also chelate iron, preventing its absorption. In fact, people in underdeveloped countries consume so much tea and have low dietary iron sources that researchers worry that tea could contribute to iron deficiency anemia. However, that’s not much of a worry for those of us in developed countries; iron overload is more of a concern.

The caffeine in coffee and tea can contribute to anxiety, and in extreme cases, to caffeine psychosis. I’ve known people, night shift workers, who drank coffee continually, maybe a dozen or more cups in 8 hours, and that’s certainly something most people should avoid. However, contrary to folk knowledge, the consumption of caffeine is not linked to risk of atrial fibrillation.

Tea contains other psychoactive compounds besides caffeine, notably theophylline, theobromine, and theanine, and these may have lower effects on anxiety than caffeine. Tea also has a lower caffeine content than coffee, and for these reasons, as well as the seemingly more favorable health profile of tea, I’ve cut way back on coffee consumption and increased my tea consumption lately.

Herbal teas can be toxic. Rule of thumb: if an herbal tea doesn’t use a plant that humans have long experience with, stay away.

If you get coffee from a coffee shop, don’t get those coffees loaded with sugar, syrup, or soy. They’re just milkshakes in disguise.

If you drink alcohol, red wine is arguably the healthiest alcoholic beverage. “Arguably”, because data is mixed and much of the data is epidemiological, meaning it can’t show causality.

Also, one to two glasses and not more confers most of the benefit.

Red wine contains polyphenols, much like coffee and tea, that appear to provide much of the health benefit behind the Mediterranean diet.

If you like an occasional cocktail, choose plain highballs or other non-sugared drinks. Beer isn’t a great choice, as beer belly is real, although an occasional beer won’t hurt.

What not to drink

You shouldn’t drink virtually everything else in the way of commercial beverages.

Fruit juice: 12 fluid ounces of orange juice contains about 31 grams of sugar, which isn’t much less than in soda pop. Fruit isn’t even necessarily healthy, and in any case, you should chew your own food.

Commercial drinks that are mostly carbonated water with a bit of fruit flavoring and minimal sugar probably won’t hurt you.

Diet soft drinks may have some downsides.

Every overweight/obese person around seems to constantly have a sugar-sweetened drink of some kind in their hands at all times.

Just because that sugar-loaded drink is made from fruit, or came from Starbucks, does not make it healthy. They lead to weight gain and inability to lose weight, not to mention insulin resistance and heart disease. Not to mention that cancer cells have a voracious appetite for sugar.

I’m probably forgetting a lot of other commercial drinks, since I’m just not attuned to what the masses are doing. If you want to stay lean, muscular, and healthy, you need to avoid what they’re doing.

If you need an energy boost, drink coffee or tea.

If you need to relax, drink a glass of red wine. (Moderation is key.)

If you want to stay lean, muscular, and healthy, and live a long time, don’t drink anything else.

PS: Staying lean, muscular, and healthy is the topic of my book, Muscle Up.