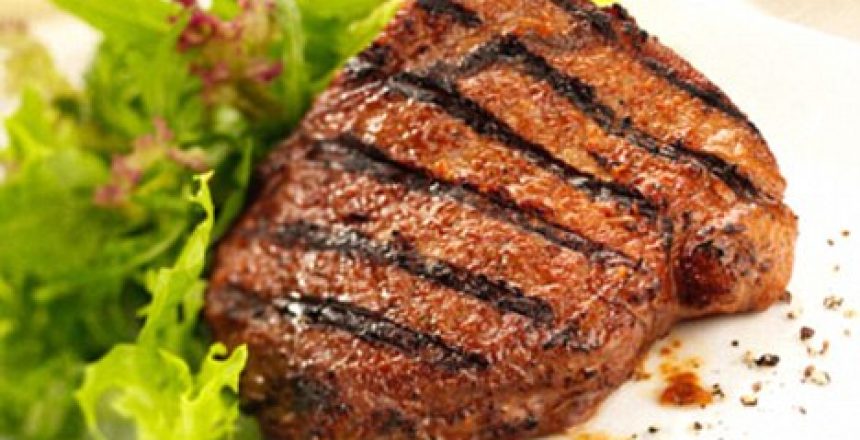 Protein leverage and the obesity epidemic

The obesity epidemic in this country began in earnest in the mid-1970s, and it shows no sign of stopping. Researchers have postulated many reasons for the obesity epidemic, including greater consumption of calories, carbohydrates, and fat; less physical activity; even chemical toxins. Many proponents of low-carbohydrate diets have fixed upon the introduction of national dietary guidelines in the U.S., which recommended cutting saturated fat and led to increased consumption of carbohydrates, which were thought to be benign or even healthy. The following chart, from the CDC, shows how nutrient consumption changed. (Note the chart only goes up to the year 2000.)

Most observers have focused on increased carbohydrate consumption, which went from 42 to 49% of calories. Fat consumption decreased from 37 to 33%. (These figures are for men; the figures for women are similar.) Calorie consumption also increased, from 2,450 to 2,618 calories a day.

Since 1) the intake of protein is lower than from fat and carbohydrates, and 2) the intake of protein hasn’t changed much throughout the obesity epidemic, it’s been thought that protein is relatively unimportant. But those two facts are precisely what gives protein the leverage to drive the obesity epidemic. These ideas make up the protein leverage hypothesis of obesity. (Full paper for download at Google Scholar.)

Leverage refers to the ability of small differences in forces to cause outsize effects in outcomes. If protein has leverage, then small changes in intake could drive obesity.

Consider some evidence for protein leverage:

If protein requirements increase, and if food is relatively dilute in protein, then more food – and more fat, carbohydrate, and calories – must be ingested to increase protein intake.

There are several circumstances when protein requirements as a percentage of calories increase. One is less physical activity. Yes, less.

Protein is used by the body mainly for the building and maintenance of structure, while fat and carbohydrates are used for energy. The maintenance requirement for protein doesn’t change much; a more or less constant amount is needed. But if physical activity declines, then less carbohydrate and fat are needed, and therefore the percentage of dietary protein must increase to maintain a constant amount.

Another use of protein is in gluconeogenesis, the making of glucose when carbohydrate isn’t available. Gluconeogenesis normally proceeds at a low basal rate, and insulin strongly suppresses this process. In insulin resistance, such as in the metabolic syndrome and type 2 diabetes, gluconeogenesis proceeds unabated, using dietary protein and/or breaking down muscle to fuel it. So in insulin resistant states, protein requirements increase.

Perhaps the most important point of protein as it relates to the obesity epidemic is that, if only low-protein food is available, one must increase food consumption to obtain adequate protein.

Has the protein content of food declined since before the obesity epidemic until now? Yes.

We’ve been advised to eat less meat, dairy, and eggs due to their saturated fat content. These are all high-protein foods. The following charts show changes in macronutrient consumption plotted against obesity rates. The protein-obesity correlation (a negative one) is the strongest. Countries that have increased protein intake have the lowest rate of obesity.

Many predictions of the protein leverage hypothesis of obesity have been borne out in experiments.

In humans, data collected from 38 different trials of food consumption that used widely varying intakes of protein, from 8 to 54% of energy, showed:

Percent dietary protein was negatively associated with total energy intake (F = 6.9, P < 0.0001) irrespective of whether carbohydrate (F = 0, P = 0.7) or fat (F = 0, P = 0.5) were the diluents of protein. The analysis strongly supports a role for protein leverage in lean, overweight and obese humans.

In obese humans, substitution of carbohydrate with protein leads to far greater weight loss, nearly twice as much.

Implications for the obesity epidemic

Protein content of food has declined in many countries since before the obesity epidemic, and protein consumption is negatively correlated to obesity rates.

It turns out that eating breakfast cereal, bagels, and pasta may have a serious downside that no one considered before they placed us all on an unregulated, non-consensual national experiment.

The lesson here is obvious: if you want to lose weight (fat), then eat more foods that are higher in protein, and less of those that are lower.

High protein foods include meat, eggs, fish, and dairy products (not including butter and cream).

Ditch the pasta and breakfast cereal and donuts.

Higher protein foods during weight loss have an additional and very important benefit, they help preserve muscle. An unfortunate by-product of fat loss is muscle loss, which ranges from a quarter to a half of all lost weight, and is greatly to be avoided. Higher protein, along with resistance training, can completely abolish this effect, so that all lost weight is fat weight.

Update: Someone expressed a concern about possible harmfulness of high-protein diets, which is a common idea that floats around. In young, healthy, resistance-trained men, one-year of a high protein diet at 4 times the RDA of protein resulted in no effects on kidney and liver function or on blood lipids.  Also of interest, the men who ate high protein gained no body weight, despite eating a significantly higher number of calories.

PS: For the other, no less important half of weight loss, see my book, Muscle Up.