How Carbohydrates and Not Protein Promote Aging 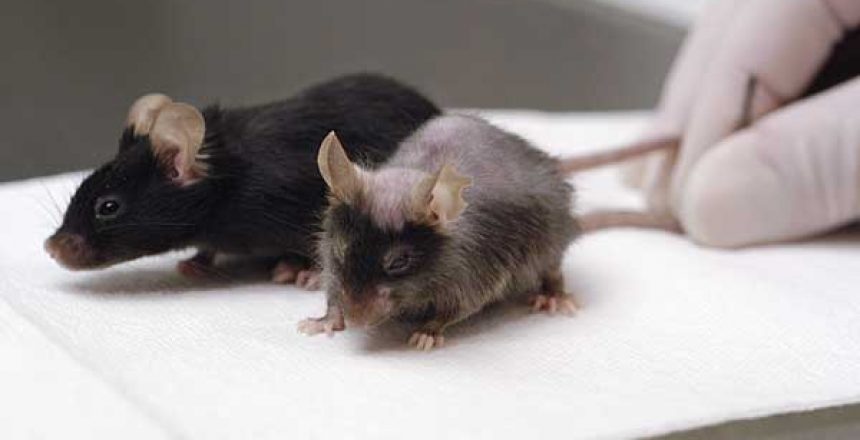 There’s a lot of confusion and misdirection in the area of diet and aging, so let’s see if we can get some of it straightened out.

mTOR is the mammalian target of rapamycin, a molecular mechanism that integrates growth and energy signals.[1] When mTOR is activated by nutrients, it signals the cell to grow.

We know this because rapamycin, a drug that extends lifespan in lab animals, inhibits mTOR.[2] The basic idea is that mTOR signaling is vitally important in the growth of an organism, but that its activation after maturity results in aging.

What sort of nutrients activate mTOR, and are they equally potent in activation?

It’s common to read that amino acids (from protein) activate mTOR, and indeed they do, but this is a very incomplete picture.[6]

Hence the obsessive idea in some quarters that dietary protein promotes aging is, if not entirely wrong, incomplete and misleading.

One reason the picture is misleading is because mTOR is intimately linked to insulin, the hormone whose primary purpose is to regulate glucose metabolism. See the illustration below, showing the linkage. Note that glucose also activates mTOR.[7]

Insulin activation is linked to mTOR activation. And what activates insulin the most? Carbohydrates.

Intermittent fasting promotes longer lifespan.[10] Fasting appears to have all of the benefits but little of the downsides of calorie restriction.

But, what aspect of fasting activates AMPK? Is it absence of food altogether, or absence of a particular macronutrient?

Human subjects either fasted for 3.5 days, or fasted and got a lipid infusion, and “Changes in plasma glucose, free fatty acids, ketone bodies, insulin, and epinephrine concentrations during fasting were the same in both the control and lipid studies.”

“These results demonstrate that restriction of dietary carbohydrate, not the general absence of energy intake itself, is responsible for initiating the metabolic response to short-term fasting.”

That’s not to say that protein has no involvement, but it does seem to confirm that the widely circulated pronouncements of certain scientists that protein promotes aging is badly misleading.

One reason that protein is likely to be much less of a concern than carbohydrates for aging is that the ketogenic diet, by definition very low in carbohydrates, extends lifespan.[12]

The ketogenic diet also inhibits mTOR and increases AMPK.[13] This is despite the fact that a ketogenic diet normally contains a full complement of protein, perhaps 10 to 15% of calories, and sometimes more.

There’s an abundance of evidence, all but ignored, that dietary glucose promotes aging.

Mice taking the anti-diabetic drug acarbose, which inhibits the absorption of carbohydrates, lived longer, males by 22%.[16]

Humans who took acarbose had a 50% reduction in cardiovascular risk.[17]

These results above are for dietary glucose. Carbohydrates are of course long chains of glucose, which when broken down become glucose in the body. If a person has the least bit of insulin resistance, and often even if they don’t, blood glucose rises.

Then there’s metformin which, next to rapamycin, is considered the best shot at a bona fide life extension drug.[18]

And what does metformin do? It lowers blood glucose and insulin via multiple mechanisms.

A drug that lowers glucose and insulin extends lifespan, showing the critical importance of these two molecules for aging and lifespan.

“The effect of dietary restriction on lifespan in rodents is explained by calories alone.”[22]

Valter Longo, who is perhaps the scientist best known to the public in the field of aging research, recommends a (nearly) vegan diet for longevity.[23]

“Eat mostly vegan, plus a little fish, limiting meals with fish to a maximum of two or three per week… keep protein intake low… Minimize saturated fats from animal and vegetable sources (meat, cheese) and sugar, and maximize good fats and complex carbs.”

Based on what I’ve written above, there doesn’t seem to be a lot of solid backing for Longo’s recommendations. (Other than no sugar.)

He says nothing about avoiding ultra-processed foods, the main dietary cause of disease and early death in the developed world. His low-protein strategy is based on weak epidemiology, and doesn’t take into account all of the evidence laid out above that carbohydrates and glucose have far more to do with aging than protein, which may not matter at all.

Activation of mTOR is not a problem for aging, in my view. Chronic activation is.

As we age, we become more insulin resistant, leading to chronically high insulin levels, and chronically activated insulin receptors. As we saw, insulin is connected to mTOR. When insulin increases, mTOR is activated.

Insulin is not a problem. It’s a necessary hormone that is there to do a job. Likewise, mTOR is a necessary molecular mechanism. Chronically activated mTOR promotes aging.

In a glucose tolerance test, 75 grams of glucose (15 teaspoons, a large bolus) are given orally. In a normal person, blood glucose and insulin will return to normal within 2 hours.[24]

If someone were eating all the time, or had insulin resistance due to obesity or some other condition, then glucose and insulin will remain elevated constantly. mTOR would be activated chronically.

A large body of evidence shows that carbohydrates generally, and glucose specifically, are much more important to aging than protein.

Scientists involved in the study of aging are of course specialized, but there’s an unfortunate tendency for them to ignore diet, other than calorie restriction.

Vegetarians are not overrepresented among long-lived humans. But people with low insulin resistance – high insulin sensitivity, leading to less chronic activation of mTOR – are.[25]

Dietary carbohydrates promote aging, and protein does less so if at all.

But somehow scientists are not seeing this.

The study used human volunteers in 4 conditions: overfeeding or underfeeding, each with a high carb or low carb diet.

“Our data indicate that a relative deficiency in carbohydrate intake or, albeit less likely, a relative excess of fat intake even in the absence of caloric deprivation is sufficient to activate the AMPK-SIRT 1-PGC1α energy-sensing cellular network in human skeletal muscle. “

This indicates that at least part of the physiological response to calorie restriction comes from a decrease in carbohydrate.

In all dietary conditions, protein was 20% of calories, which shows that protein has no effect on these responses to calorie restriction. It’s all about carbohydrates.