How to Get Enough Omega-3 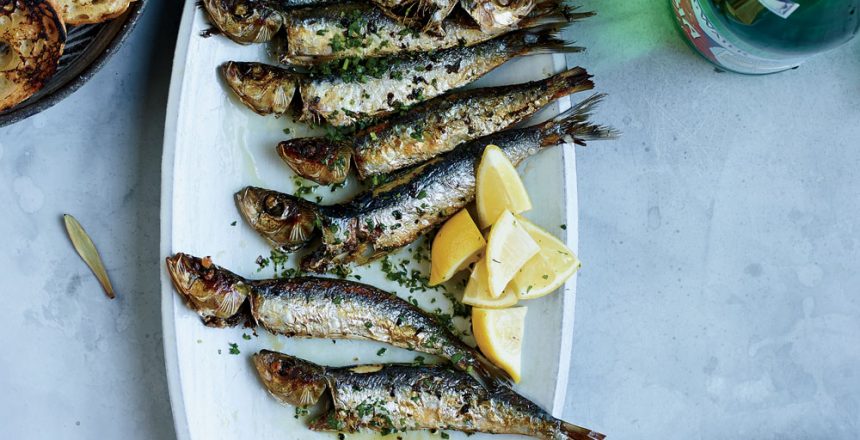 Omega-3 fatty acids are the kind found abundantly in fish and fish oil, and they’re important in fighting aging and disease, most notably coronary heart disease, but also cancer and other diseases.

A recent study found a strong, inverse association between the amount of omega-3 fatty acids in the blood, and aortic calcification, indicating that fish and/or fish oil may spare you from coronary heart disease.[1]

Lots of work has gone into finding out, but there’s a problem, one that all of nutritional epidemiology deals with, and that is that virtually everyone consumes a great deal of omega-6, the type found in seed oils, and they compete with omega-3 for the places where they’re needed in the body.

Omega-6 and omega-3 fatty acids both get incorporated in to membrane phospholipids in proportion to their presence in the blood, which corresponds to dietary intake.

“A competitive, hyperbolic relationship predicts the proportions of n-3 and n-6 HUFA accumulated from n-3 and n-6 nutrients.” [“n” here is another way of saying “omega”, and “HUFA” stands for “highly unsaturated fatty acids”, a term for referring to the fatty acids that are incorporated into cell membranes.]

The chart below shows the competition between the two types of fatty acids; the more omega-3, the less omega-6, and vice versa.

The competition between the two means that the amount of fish or fish oil that you need for optimal health can vary greatly, depending on what else you consume.

Data from MRFIT, a long-running clinical trial, showed that those in the lowest quintile (fifth) of tissue omega-6 had 40% lower risk of cardiovascular death than those in the highest quintile.[2]

The MRFIT quintiles don’t span a very wide range, since most Americans eat little fish. When compared to other parts of the world, the MRFIT quintiles all cluster around the high end of the range. See chart below.

Ideally, one would like to get the % n-6 HUFA down to levels seen in Japan, or even Greenland, both countries with low levels of coronary heart disease, about one third or less than American rates.

What we’d like to know is how much fish and/or fish oil you need to consume to get the omega-3 index high enough.

A new study looked at how much people need to get to an omega-3 index of >8%, which is associated with the lowest cardiovascular risk.[4]

They found that “on average >2 oily fish meals per week plus an omega-3 supplement are required to achieve an Index of >8%.”

That seems like a lot, and is probably far more than most Americans get. However, most people consume lots of omega-6 from seed oils, which as we saw above, inhibits omega-3 incorporation.

A recent paper on the importance of maintaining a low omega-6/omega-3 ratio in platelet aggregation, coagulation, and thrombosis states that “in general, 2-4 g of EPA/DHA per day is necessary to provide the full antiatherosclerotic, anti-inflammatory, and antiplatelet benefits.”[5]

This figure, again, is a result of studies with a high intake of omega-6 fatty acids from seed (vegetable) oils.

Word hasn’t gotten out to the masses that you shouldn’t consume seed oils, and in fact health authorities still promote them.

But if you don’t consume seed oils, you need less omega-3.[6] The more omega-6 people consume, the less omega-3 they have in their cells – where it counts – other things being equal.

The chart below shows how diverse food habits impact omega-6/3 tissue balance, from Greenland, with a high omega-3 intake from seafood on one extreme, to West Virginia, with a presumably high intake of seed oils and low seafood intake on the other.[7]

The same reference has the following chart of foods showing how they affect omega-6/3 balance:

Note how “fats and oils” are the lowest scoring – seed oils. However, nuts also score surprisingly low, one reason I don’t eat them.

It’s difficult, maybe impossible, to say what the optimal intake of omega-3 is if you don’t consume seed oils. But my takeaway from the chart above is that if you’re not fairly careful, you’ll end up on the wrong side of balance. In the traditional Japanese diet, no seed oils are consumed and fish is eaten nearly daily.

Certainly, eating oily fish at least a couple times a week is a good idea. You can do that very simply by opening a can of sardines for lunch or a snack once in a while. Just make sure that they’re not packed in a seed oil – and many of them are. They should be in sardine oil, olive oil, or water. (Some of them are packed in tomato sauce – Lord knows why, but they’re OK to eat.)

So, I reach a vague conclusion here as to how much fish you need. Some, for sure. But perhaps a more important conclusion, one you’ve heard before, is don’t use seed oils.

Fish are part of a healthy diet; seed oils are not. Eating fish is also associated with a lower body mass index.