How to Lose Weight without Hunger 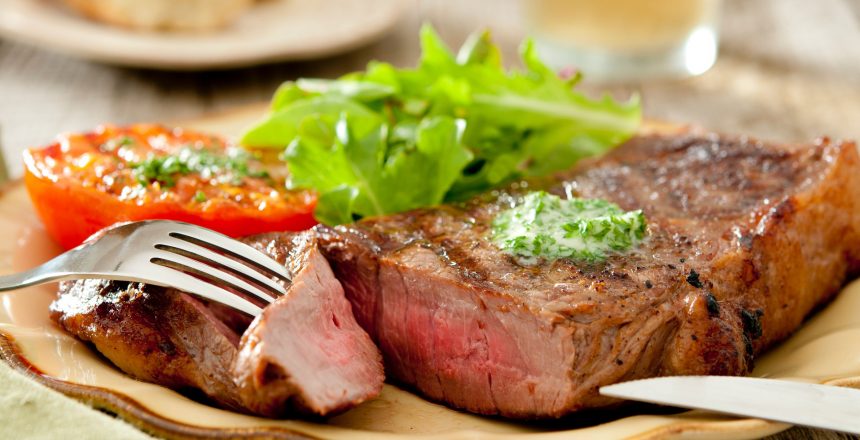 There are many ways to lose weight (fat), but some entail much more difficulty than others (bariatric surgery), while others may be dangerous to health (diet pills). The greatest hurdle to losing weight, however, is hunger. If your hunger can be kept under control, then you can lose weight. Let’s see how to lose weight without hunger.

A viewer of my anti-aging course asked me about a study doing a side-by-side comparison of a low-carbohydrate vs a low-fat, calorie-restricted diet. (ref.)

Both diets were equally effective for weight loss in this study, so why should you do one over the other?

The answer to that question can be found in looking at the study’s details.

The low-carb group was restricted to 20 grams of carbohydrates daily, consisting only of low-glycemic vegetables. Their intake of fat and protein was unrestricted – they could eat as much of those as they wanted.

“After 3 months, participants in the low-carbohydrate diet group increased their carbohydrate intake (5 g/d per wk) until a stable and desired weight was achieved.”

That’s weird right there; does “a stable and desired weight” mean they had lost too much weight? That seems doubtful, as the participants started at an average BMI of 36, which is very obese. Also the whole point of a low-carb diet is to restrict carbs; by the end of the study, the low-carb diet may not have been very low-carb, although the study doesn’t report this.

I don’t know about you, but if I had to restrict my food intake to between 1500 and 1800 calories daily, I would be hungry.

In the famous Minnesota Starvation Experiment, the subjects ate about 1600 calories daily, and they were so hungry they dreamed of food and thought about it constantly. The subjects were of normal weight to start, so perhaps an obese person wouldn’t get quite so hungry. But still.

Here’s your choice between the two weight-loss diets:

Pretty simple, IMO. Stop eating bread, pasta, tortillas, rice, potatoes, etc., and if you have too much body fat, you’ll lose some or most of it.

Or you can measure all your food so you can stay within calorie limits, plus exercise a lot of willpower to keep from eating when you’re hungry.

In this study, those who ate the low-carb diet, unrestricted in calories, had greater reductions in blood pressure and triglycerides, and greater increases in HDL cholesterol.

Since the triglyceride/HDL ratio is the most important blood lipid marker, and the lower the better, the low-carb group improved their cardiovascular risk more than the low-fat group.

CICO stands for “calories in, calories out”, and refers to the idea that all weight loss occurs because calorie expenditure is greater than calorie intake.

But it’s not a very useful piece of information. It’s like saying that all ships sink because they take on water, which does you little good in preventing your ship from sinking when out on the water.

You need to discover why your ship is taking on water.

Hormones and other molecules in your body regulate hunger. When hunger is deranged for some reason, you eat more.

Many people state that low-carb diets work only because they result in fewer calories eaten. That there’s no “magic” about them.

And? That’s a good thing, and reduction of hunger is probably the main way that low-carb diets cause weight loss.

If you can lose weight (fat) without being hungry, why wouldn’t you?

Another commonly heard objection to low-carb diets is that when you start eating carbs again, you gain the weight back. Therefore, supposedly, low-carb diets don’t work.

That’s right: eating what made you fat in the first place makes you fat again.

As a wag on Twitter recently put it, I can rescue you from drowning, but if you go back in the water you’ll drown again.

You can lose weight with either a low-fat, calorie-restricted diet.

Or you can eat as much as you want on a carbohydrate-restricted diet, with little to no hunger.