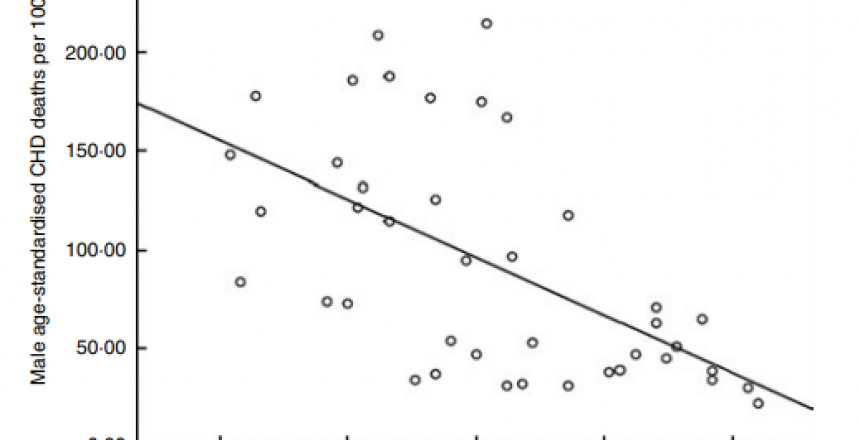 Mainstream health authorities have told us for decades that we should eat less meat, and replace it with carbohydrates, but are they right? Let’s take a look at the relation between meat, saturated fat, and long life.

Countries that eat meat, and those that don’t

The country with the world’s highest meat consumption appears to be Hong Kong, according to the National Geographic. (Although Hong Kong isn’t a self-governing nation, but an administrative district.)

Hong Kong consumes more meat per person – both calorically and in weight – than any other nation. At 695 grams per day, people in Hong Kong eat 60% more meat than the next-highest meat eaters in New Zealand.

Hong Kong is also number three in the world in per capita beef consumption, so their meat isn’t just chicken or seafood.

Together with China and Macao, Hong Kong is fourth in the world in per capita pork consumption.

If our health authorities are right, then people in Hong Kong should be dropping like flies from heart disease and cancer.

The WHO lists Japan as having the world’s highest life expectancy, at 83.7 years. But as noted, since Hong Kong is not a country, it doesn’t appear on their list.

India has the second lowest per capita meat consumption in the world. The only country lower for which there’s data is Bangladesh.

India has a life expectancy of 68.3 years.

Now, there are obviously lots of differences between countries like Hong Kong and India, mainly wealth and poverty, which leads to widely differing standards of medical care.

But if meat were the cause of cardiovascular disease, it seems unlikely that India would have a high rate, while Hong Kong has the world’s longest life expectancy.

India should have a low rate of cardiovascular disease, given its low meat consumption.

What could be causing high CVD rates in India? In addition to higher rates of smoking (22% among Indian men, compared to about 17% in U.S. men):

The epidemic of sedentariness has penetrated rural households with rapidly increasing use of labor-saving technologies. Dietary habits have undergone a see change with greater consumption of fats, saturated fats, trans fats, and processed foods. Calorie-dense fast foods (comfort foods) are easily available and both Indian-style and Western-style fast foods are being consumed widely. (Source.)

None of these have anything to do with meat consumption, which is low in India.

This is some evidence for my contention that the main causes of cardiovascular disease are cigarettes, seed oils, and sugar. Not meat or saturated fat.

In addition, carbohydrates are associated with cardiovascular disease, and saturated fat is not.

Switzerland also has the second highest life expectancy of any country. France stands at number 7.

The PURE study, which tracked data from countries that spanned a great range of income, including India and Pakistan, as well as countries like Canada and Sweden (high income) and Poland and Turkey (middle income), found the results presented below. 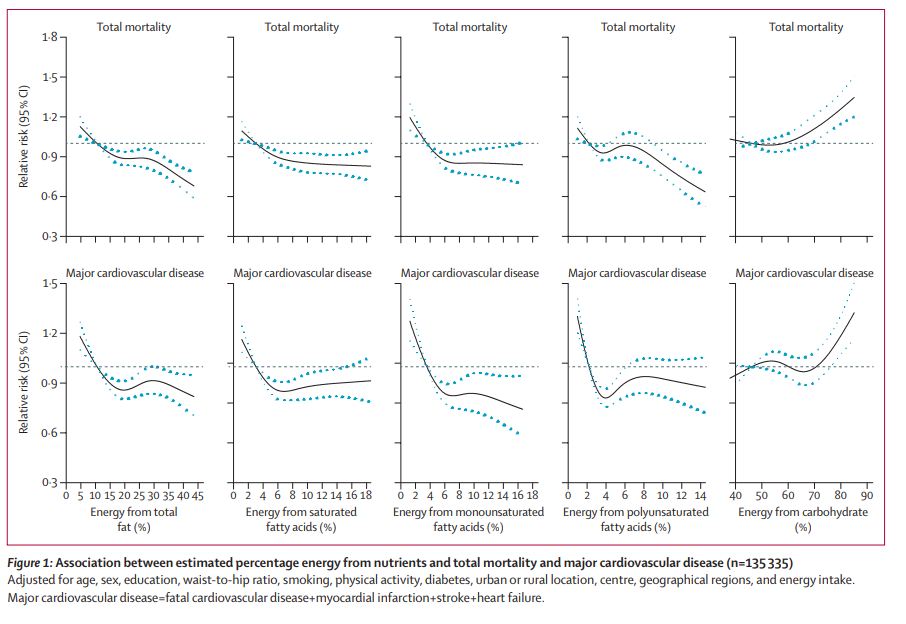 In Europe alone, the situation with regard to saturated fat and CVD death rates is as follows (source): 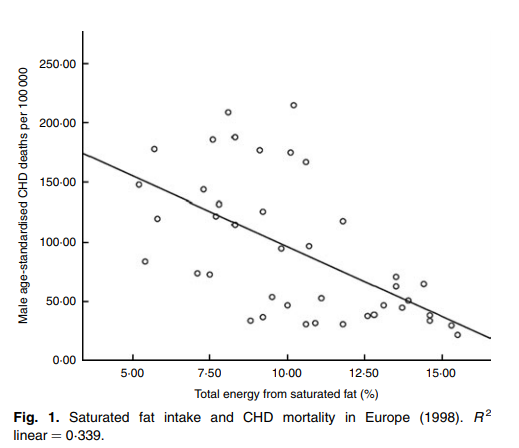 The more saturated fat that Europeans ate, the lower their rate of cardiovascular death.

Another European study found that total animal fat and protein intake were highly and negatively correlated to cardiovascular mortality. (Source.) 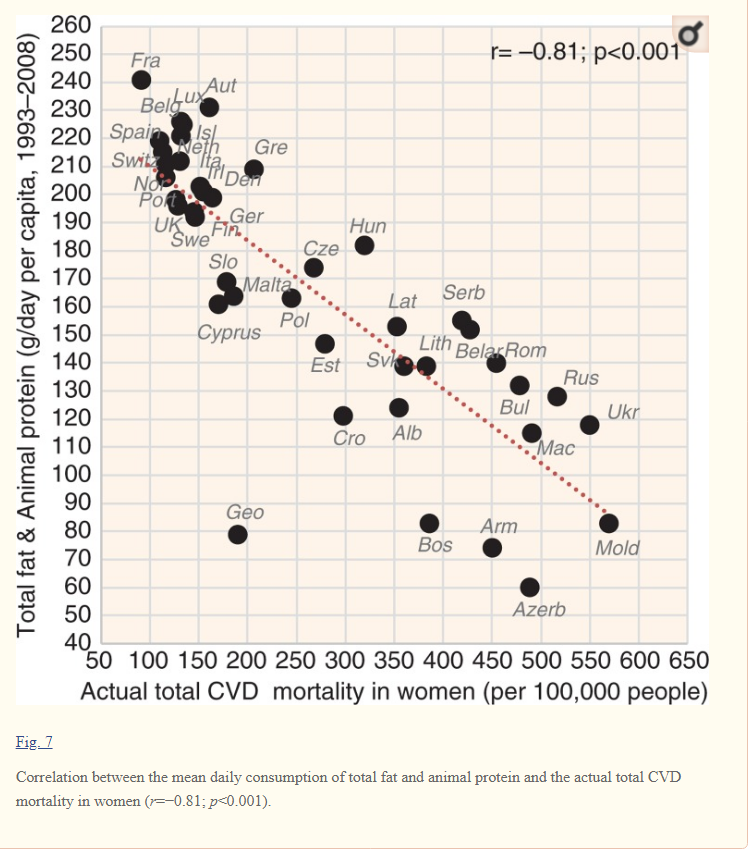 Hong Kong has the world’s highest meat consumption, and the highest life expectancy. The people of India eat little meat, and have a high rate of cardiovascular disease.

While the evidence presented above is illustrative or associational only, and not 100% conclusive, it pokes a serious hole in the mainstream “plant-based” dogma that meat is unhealthy.

Meat is in fact healthy, as is saturated fat.

The real dietary culprits of our current epidemic of bad health and obesity are seed oils, sugar, and refined carbohydrates.

Why don’t scientists and doctors see this?

Perhaps they do see it, but don’t change their opinions or practices because: