Vegetable Oils Are Dangerous to Health 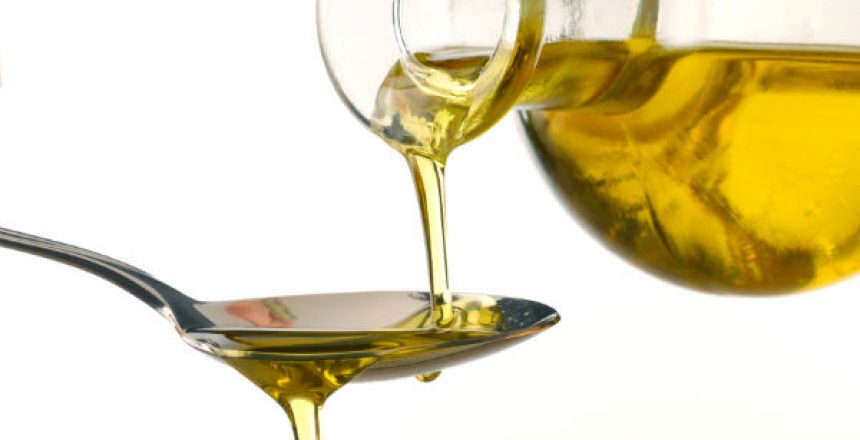 For many decades, health authorities have extolled the alleged virtues of vegetable oils, at the same time that they’ve been denigrating meat. Vegetable oils, they tell us, are full of “healthy” polyunsaturated fat, unlike meat, full of allegedly artery-clogging saturated fat. In reality, vegetable oils are dangerous to health, and furthermore, they’re not even really vegetable oils, but industrial seed oils.

What are vegetable oils?

To understand why vegetable oils are dangerous to health, we need to understand what they are. The term “vegetable” is a misnomer in this case and implies a degree of health and safety that they simply don’t have. How could something made of “vegetables” be unhealthy?

Common vegetable oils include the following:

These oils have a few things in common. One is that they have only been in use for a short while in terms of human history, since the technology to extract these oils didn’t exist until the 19th century. Two, they come from sources that are intrinsically low in oil (except for peanut oil), which explains why they were not used, or even for the most part why they didn’t even exist, until recently.

Vegetable oils are better called industrial seed oils, since they’re made from seeds, not vegetables, and require an industrial process to make them in any volume. Oils that people have commonly used for a long time, such as olive oil, are not industrial seed oils and come from, in the case of olive oil, a fruit with a high fat content the oils of which are relatively easily extracted.

The manufacturing process for vegetable oils involves pressing at high pressure, and extracting more oil using solvents such as hexane, a volatile hydrocarbon similar to gasoline. The oils are then refined by heating to a high temperature and adding sodium hydroxide (lye), and finally, degummed, bleached, and deodorized.

Without knowing anything else about it, I already know that I don’t want this industrial substance in my body, much less in the massive quantities most people consume.

Chemically, vegetable oils are characterized by a high amount of polyunsaturated fats; for example, corn oil contains about

In this case, the polyunsaturated fats and trans fats are the most health-damaging, because they are almost entirely composed of omega-6 fatty acids.

While omega-6 fatty acids are not intrinsically dangerous, the dose makes the poison, and virtually everyone in the Western world consumes far too much of these. An unbalanced ratio of omega-6 to omega-3 fatty acids contributes to a multitude of the diseases of civilization, including cancer, heart disease, and diabetes. While people living in a more natural state and eating whole, unprocessed foods may ingest a ratio of omega-6 to omega-3 fats of 2:1 or even 1:1, ratios in the modern world are typically over 15:1 and even up to 50:1.

Industrial seed oils are behind much of our modern epidemic of the diseases of civilization.

Vegetable oils may cause heart disease and raise death rates

A recently published re-analysis of data from the Minnesota Coronary Experiment found that polyunsaturated fats did indeed lower serum cholesterol. Problem is, each 30 mg/dL reduction in cholesterol was associated with a 22% increased risk of death.

The same group re-analyzed the data from the Sydney Diet Heart Study and found that the intervention group that had replaced saturated fat with vegetable oils had a death rate from all causes that was 62% higher than the control group, and 70% higher for cardiovascular disease.

In animal experiments it’s long been known that corn oil reliably increases cancer rates. For example, mice that were fed a diet high in corn oil had double the incidence of cancer.

In humans, we have the Israeli paradox.

Israel has one of the highest dietary polyunsaturated/saturated fat ratios in the world; the consumption of omega-6 polyunsaturated fatty acids (PUFA) is about 8% higher than in the USA, and 10-12% higher than in most European countries. In fact, Israeli Jews may be regarded as a population-based dietary experiment of the effect of a high omega-6 PUFA diet, a diet that until recently was widely recommended. Despite such national habits, there is paradoxically a high prevalence of cardiovascular diseases, hypertension, non-insulin-dependent diabetes mellitus and obesity-all diseases that are associated with hyperinsulinemia (HI) and insulin resistance (IR), and grouped together as the insulin resistance syndrome or syndrome X. There is also an increased cancer incidence and mortality rate, especially in women, compared with western countries. Studies suggest that high omega-6 linoleic acid consumption might aggravate HI and IR, in addition to being a substrate for lipid peroxidation and free radical formation. Thus, rather than being beneficial, high omega-6 PUFA diets may have some long-term side effects, within the cluster of hyperinsulinemia, atherosclerosis and tumorigenesis.

For health authorities, a paradox is a situation in which their cherished beliefs are contradicted by data. In this case, the “paradox” is easily resolved: vegetable oils can kill you.

Excessive alcohol intake is well known to cause liver damage and cirrhosis. What’s less known is that, in experimental animals, alcohol alone won’t cause liver damage. Something else is required, and one of those things is linoleic acid, the main polyunsaturated fatty acid found in vegetable oils. Dietary linoleic acid is required for development of experimentally induced alcoholic liver injury. Animals that were fed tallow and given high amounts of alcohol showed no liver damage. Beef fat prevents alcoholic liver disease in rats.

Non-alcoholic fatty liver disease (NAFLD) is strongly associated with obesity and insulin resistance, and has been increasing by leaps and bounds. Humans with NAFLD have a higher ratio of omega-6 to omega-3 polyunsaturated fats in their livers, which is the result of high consumption of omega-6 fats and low consumption of omega-3 fats.

Coinciding with the increased consumption of vegetable oils over the past few decades, not only has there been an increase in NAFLD, but other inflammatory conditions, such as cardiovascular disease, obesity, inflammatory bowel disease, rheumatoid arthritis, and Alzheimer’s disease.

How do industrial seed oils manage to cause all these diseases? To my mind, one of the most important factors may be that they rapidly induce damage to mitochondria, the powerhouses of cells. They also increase the release of inflammatory cytokines.

Here’s the ingredient label from a bottle (plastic of course) of salad dressing. The most abundant ingredient is vegetable oil, and you don’t even know whether it’s soybean or canola oil, not that it makes a lot of difference. Also note high-fructose corn syrup, sugar, and various chemical ingredients. Now, go ahead and pour this concoction on your healthy salad, as millions do, and you’ve just made it unhealthy.

Fast food is cooked in vegetable oils. In general, almost any can or bag of processed food you look at lists vegetable oil as an ingredient.

As we’ve seen above, vegetable oils, aka industrial seed oils, can cause heart disease, cancer, and a host of other maladies.

And, in general, food companies have contaminated a whole host of foods with the stuff. What’s the answer? How can we avoid this garbage “food”?

Eat whole, unprocessed food. That means meat, fish, dairy products, fruits and vegetables, nuts. Don’t eat anything that comes in a manufactured bag or box, or anything that has been through an industrial process.

If you need oil for salads or other foods, use olive oil, a healthy fat that has been used for thousands of years.

However, for cooking at higher heat, use lard, tallow, butter, ghee, or coconut oil. Make sure these are pure and not hydrogenated.

PS: If you need to lose weight and you want to save yourself years of poor results due to bad information, I’ve put everything in a simple guide for you. 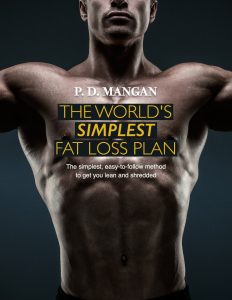