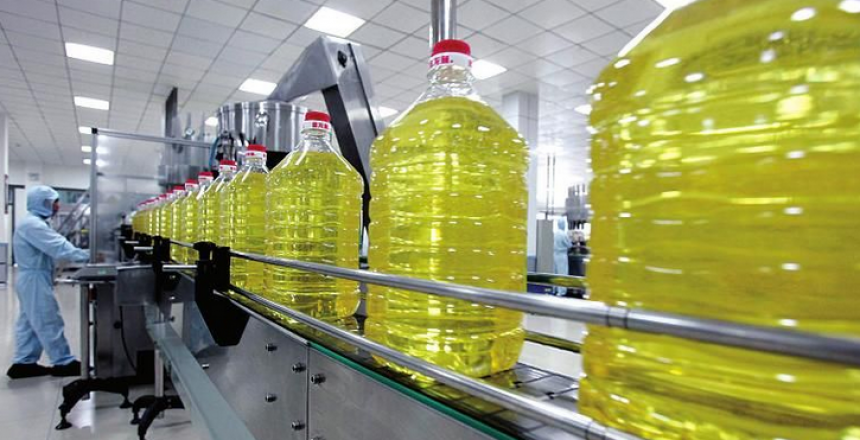 Wrapping up a series of articles on how industrial seed oils, aka vegetable oils, endanger health and promote male infertility, this article will show how vegetable oils promote aging.

Mitochondria are small intracellular organelles that generate energy, and for that reason are often termed the powerhouses of the cell.

In my book, Stop the Clock, I noted the three main physiological correlates of aging, which are:

All of these are related to poor mitochondrial function. If the mitochondria don’t work well to generate power for cellular systems, nothing else works well either. If we could solve the problem of poor quality mitochondria, that could solve many of the problems of aging.

Mitochondria have membranes enriched in fatty acids, and these are critical in energy production. Age-associated changes in mitochondrial membranes include an increase in membrane rigidity, which is accompanied by increased omega-6 fatty acids, and decreased omega-3 fatty acids and cardiolipin, the latter an important membrane component. 4-hydroxynonenal (4-HNE), a toxic byproduct of lipid peroxidation that is known to be involved in damage to sperm cells, also increases.

Aging itself appears to change the composition of mitochondrial lipids to a greater ratio of omega-6 lipids to omega-3 than is seen in youth.

But dietary factors also impact mitochondrial lipids and thus can accelerate or retard aging, depending on what those dietary factors are. Diets enriched in omega-3 fats, the kind found abundantly in fish oil, reduce mitochondrial aging and return them to a more youthful state, with greater efficiency in energy generation and lower production of free radicals that cause damage.

Diets enriched in omega-6 fats, of the type found in vegetable oils, accelerate this process.

Chronic consumption of omega-6 fats cause mitochondrial damage and cardiac dysfunction, in rats, with as little as 4 weeks of increased consumption. This leads directly to malfunctioning organs, including the heart.

Decreasing the ratio of omega-6 to omega-3 fats results in a reduction of atherosclerotic plaques in mice. The reduced ratio lowers inflammation leading to less atherosclerosis.

Aspirin prevents the aggregation of platelets and therefore inhibits clot formation. For this reason, it’s both used to prevent heart attacks, and can cause bleeding. It also decreases the risk of cancer.

Looking at the mechanism of action of aspirin yields insights into the causes of heart disease and cancer, and this is related to omega-6 fatty acids in body tissue.

Aspirin’s anti-platelet action comes from its ability to inhibit the enzyme cyclooxygenase in platelets. Cyclooxygenase catalyzes the first step in the production of thromboxane, which promotes platelet aggregation, increased blood pressure, and vasoconstriction (narrowing of blood vessels).

Due to the increased amounts of omega-6 fatty acids in the Western diet, the eicosanoid metabolic products from AA, specifically prostaglandins, thromboxanes, leukotrienes, hydroxy fatty acids, and lipoxins, are formed in larger quantities than those formed from omega-3 fatty acids, specifically EPA. The eicosanoids from AA are biologically active in very small quantities and, if they are formed in large amounts, they contribute to the formation of thrombus and atheromas, to allergic and inflammatory disorders, particularly in susceptible people, and to proliferation of cells. Thus, a diet rich in omega-6 fatty acids shifts the physiological state to one that is prothrombotic and proaggregatory, with increases in blood viscosity, vasospasm, and vasocontriction and decreases in bleeding time. Bleeding time is decreased in groups of patients with hypercholesterolemia, hyperlipoproteinemia, myocardial infarction, other forms of atherosclerotic disease, and diabetes (obesity and hypertriglyceridemia). Bleeding time is longer in women than in men and longer in young than in old people. There are ethnic differences in bleeding time that appear to be related to diet. Table 9 shows that the higher the ratio of omega-6/omega-3 fatty acids in platelet phospholipids, the higher the death rate from cardiovascular disease.

It seems that in a very real sense, the protective effect of aspirin is related to protecting against the deleterious effects of omega-6 fatty acids.

Further evidence that aspirin protects against excess omega-6 is that in patients with back and neck pain who took 1200 mg a day of fish oil, 60% of them quit taking their NSAID pain meds, including aspirin. Since increased omega-3 displaces some of the omega-6 in tissues, then the reason for the decrease in pain in many of these patients could be due to less omega-6 fatty acids in their tissues. Simple displacement of omega-6 fatty acids could partly explain the anti-inflammatory effects of omega-3 fats in fish oil.

Aspirin’s cancer prevention effect may also be related to its inhibition of cyclooxygenase and subsequent production of pro-inflammatory prostaglandins. Women with a low ratio of omega-6 to -3 fatty acids in breast tissue had a much lower risk of breast cancer, as much as 70% lower, when comparing lowest to highest tertile.

The risk/benefit profile of aspirin might be skewed greatly depending on the population that used it. If someone chronically ingested a low ratio of omega-6 to -3 fatty acids, aspirin might not have as much of a protective effect, although it would increase risk.

Aspirin also extends lifespan in mice, and the scientists who found this result speculate that inhibiting prostaglandin synthesis may be involved. The food fed to the mice in the aspirin experiment contains soybean oil, so maybe the aspirin partially mitigated that.

At this point, after three article on vegetable oils, I probably don’t need to say more than “don’t touch the stuff”.

Avoiding it is easier said than done. I manage to avoid them for the most part because my lifestyle is set up in a way that I can do that. Most of my meals are eaten at home, and they consist of whole, not processed foods. When I eat out, I normally don’t eat anything that contains vegetable oils in any quantity; foods that do contain large amounts of them include baked goods and pastries, fried foods, dressings like mayonnaise.

Don’t give food that contains vegetable oils to your pets either. This cat food, for instance, contains soybean oil that looks like it might provide as much as 8% of calories as omega-6 fats.

Health authorities have been promoting vegetable oils for several decades now in a futile attempt to decrease heart disease. They don’t.

Vegetable oils are also made by the tanker-load and are cheap food additives, so they’re widely used.

The promotion of vegetable oil consumption and the massive increase in their use may prove to be a worse mistake even than the promotion of high-carbohydrate diets, in my view.

P.S.: Gain muscle and lose fat in one hour a week or less with One-Hour Fitness. 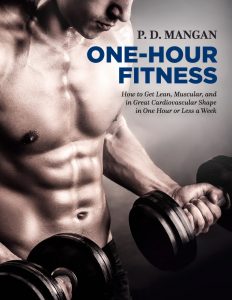