Why a Plant-Based Diet Is Not the Answer for Health 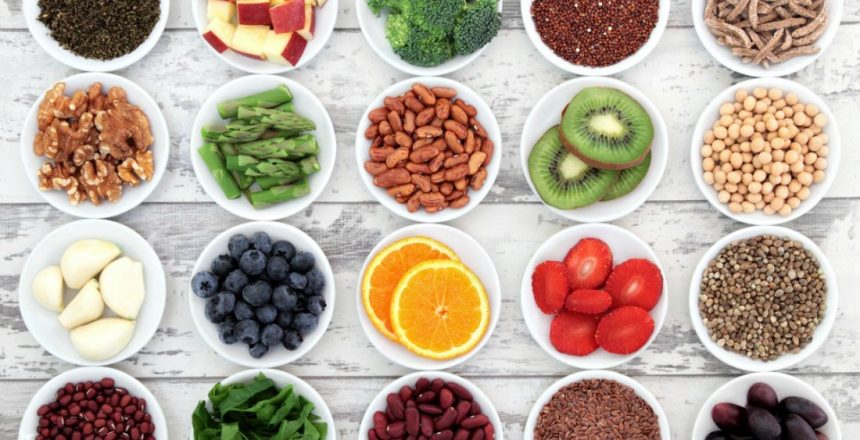 You’ve probably seen lots of recommendations that we eat a “plant-based” diet to improve our health. A plant-based diet allegedly improves heart health and prevents cancer. But there are a number of reasons why, despite superficial plausibility, this is misleading. Here’s why a plant-based diet is not the answer for health.

What is a plant-based diet?

You might think that calling a diet “plant-based” is simple and straightforward. It means based on plants, right? But the reality isn’t so simple.

Most people eat plants in some form or another – other than pure carnivores, who probably number less than 1% of the population. I eat plants.

At what point does a diet go from “meat-based” or “animal food-based” to plant-based?

Or if you get greater than 50% of your food by weight from plants, maybe that’s plant-based. That would be easy to do. Vegetables like broccoli and cabbage have low caloric density, and therefore weigh a lot compared to the amount of calories they provide. A pound of cabbage provides only 112 calories, so you could be eating lots of it and still get most of your calories from animal food.

The designation “plant-based” leaves a lot to be desired. It’s ill-defined and obscures more than it illuminates. I might go so far as call it useless.

“Plant-based” seems more a euphemism for “vegetarian” or “vegan”. Those who use the term plant-based know it would be significantly less popular if they called it vegetarian or vegan.

Why a plant-based diet isn’t the answer for health

A number of vegan doctors claim that eating a plant-based diet, whatever that might turn out to be, greatly reduces the risk of heart disease and cancer.

Maybe it does. Caldwell Esselstyn, and others such as Dean Ornish and John McDougall, claim success for their diets in actually reversing heart disease. For the sake of argument, let’s accept that at face value.

The question is, does eating more plants or fewer animal foods confer the benefits of these diets, or is it something else?

Dr. Esselstyn claims that the events that lead to coronary heart disease are “set in motion, and worsened, by the Western diet, which consists of added oils, dairy, meat, fish, fowl, and sugary foods and drinks—all of which injure endothelial function after ingestion, making food a major, if not the major cause of CAD”.

Note that added oils and sugary foods and drinks are not animal foods. In fact, they’re plant-based.

Also note that eating fish is associated with less coronary artery disease and death, not more.

These facts about oils, sugar, and fish cast great doubt on the claim that animal foods are uniquely harmful. Added oils and sugar may indeed be creating all of the harm, for all we know – and in fact that’s probably the case.

Some of the other studies Esselstyn cites in support of a plant-based diet also changed other lifestyle factors, such as smoking.

Ornish: The Ornish study was “without added oil”. Right there is an important change that has nothing to do with animal foods. Vegetable oil is a plant food. The Ornish study also utilized smoking cessation, exercise, and stress management. Thus there are no grounds for concluding that a low-fat vegetarian diet, which Ornish used, had anything to do with better outcomes.

Norway: “Strom and Jensen reported a profound decrease in circulatory diseases in Norway during WWII when the Germans confiscated the country’s livestock, forcing the Norwegians to subsist mostly on plant food.”. During the German occupation of Norway, many things changed.

The paper by Strom and Jensen notes that, “there was a considerable decline in the consumption of meat and meat products, whole milk, cream, margarine and other fats (but not butter), cheese, eggs, fruit and berries, sugar, and coffee. On the other hand, there was a rise in the consumption of fish, skimmed milk, cereals, potatoes, and vegetables.”

So, during the war, the Norwegians ate more fish, and less margarine (an industrial product made from seed oils) “and other fats” (hydrogenated fat and/or vegetable oils?) as well as less sugar.

They also must have smoked a lot less, as tobacco was rationed or scarce in wartime Europe. Gasoline was also rationed, so the Norwegians undoubtedly walked more.

All of these, more fish and exercise, and less smoking and margarine, could account for the decline in circulatory diseases. Did they lose weight? Maybe calorie restriction caused lower mortality.

Thus there’s little to no basis for concluding that less animal food had anything to do with what happened in Norway during WWII.

Finland: Finland, at one time the heart disease capital of the world, decreased its heart disease rate by 80%. The methods cited included smoking cessation and reduction in blood pressure, both of which have nothing to do with a plant-based diet. Both smoking and high blood pressure are large risk factors for heart disease.

Is medical treatment any better?

Here’s where I’m completely on board with Esselstyn: we should focus efforts on prevention, not treatment:

In overlooking disease causation, we implement therapies that have high morbidity and mortality. The side effects of a plethora of cardiovascular drugs include the risk of diabetes, neuromuscular pain, brain fog, liver injury, chronic cough, fatigue, hemorrhage, and erectile dysfunction. Surgical interventions are fatal for tens of thousands of patients annually. Each year approximately 1.2 million stents are placed with a 1% mortality rate, causing 12,000 deaths, and 500,000 bypass surgeries are performed with a 3% mortality rate, resulting in another 15,000 deaths. In total, 27,000 patients die annually from these two procedures.

Vegetable (seed) oils, sugar, and refined carbohydrates are all plant-based foods. Eating more of them will damage our health, so “plant-based” isn’t the answer.

The “whole-food” aspect is the important part.

The more important distinction for health is not between animal and plant foods, but between whole, minimally processed food, and ultra-processed food.

Virtually anything you eat is healthier than the Standard American Diet (SAD), so long as it’s whole, minimally processed food.

That’s why (in my opinion) “plant-based” diets, however defined, have shown some success in preventing or reversing heart disease. They eliminate the processed garbage that passes for food in America and much of the developed world today. In addition, they come packaged with smoking cessation, exercise, and treatment for high blood pressure.

No, they are not.

But if they are based on whole foods, and force you to give up processed junk, they may do a lot of good.

Moral of the story: eat, whole, minimally processed food. If your food was made using an industrial process in a factory, beware.

PS: Another way to sharply lower your disease risk is through strength training, so you may want to get a copy of my book, Muscle Up.