Why Americans Are Fat and Sick 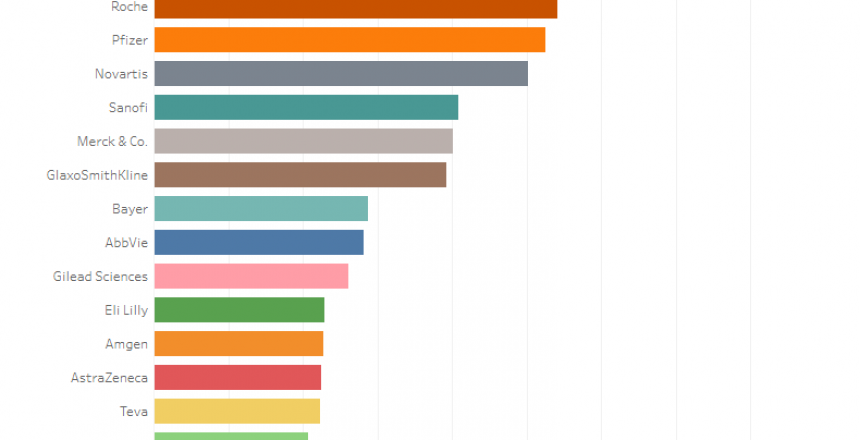 Around 80% of the American people are overweight, obese, or skinny fat. That leaves 20% who are of normal weight and body fat, but the fraction of these people that exercise regularly, especially resistance training, and that avoid ultra-processed foods may be quite low. What’s caused this situation, and why are Americans more likely to be fat and sick than healthy and lean and full of life?

The epidemic of obesity and ill health is no longer just American, either, but is spreading across the globe. 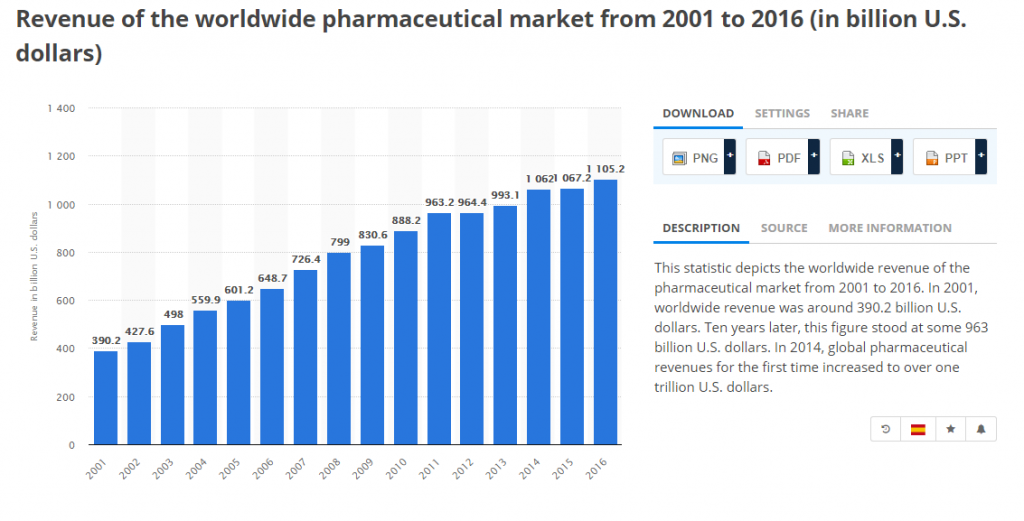 Below are the top revenue earners by company. Johnson & Johnson is number one at nearly $80 billion in revenue. 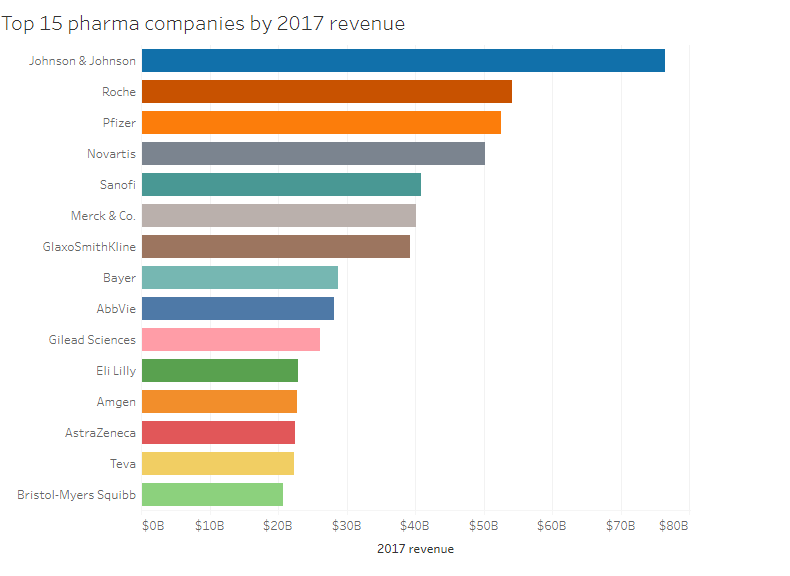 Furthermore, the drug industry is highly profitable, with pharma companies having among the highest profit margins of any industry.

Now, if you read this site, you know how much responsibility poor diet and lack of exercise bear for our collective health problems. Heart disease, cancer, diabetes, obesity, Alzheimer’s: lifestyle factors, mainly diet and exercise, greatly affect all of these and more.

Yet when the average person goes to the average doctor for a health problem, the doctor very often prescribes drugs.

Doctors typically offer little to no lifestyle advice. Not that they know much about what to advise anyway, and not that the patient will heed that advice.

If the patient’s condition is a chronic one, these drugs must often be taken for life.

Do you think Big Pharma will suddenly start telling people not to take drugs, or in some other way to change the current health system and with it, the health of Americans and others?

One can’t fault the companies for this; they’re in the business of maximizing profit for their shareholders. Nothing else. And their products are in demand.

It’s worse than that, however.

Some 60% of all doctors receive money from pharmaceutical companies.

But it gets even worse than that: medical research is corrupted by money from Big Pharma. The drug companies directly pay researchers who promote their drugs and who perform studies on them, as well as fund the studies themselves.

With the amount of money at stake here, don’t look to drug companies for an answer to increasing use of drugs in treating chronic disease.

Big Food, a collection of large food companies, produces ultra-processed foods, which are implicated in our epidemic of obesity and chronic disease.

Ultra-processed foods, loaded with and primarily made from refined grains (flour, typically), seed oils, and sugar.

Ten companies make most of the food and drink you find in a supermarket. See graph below. 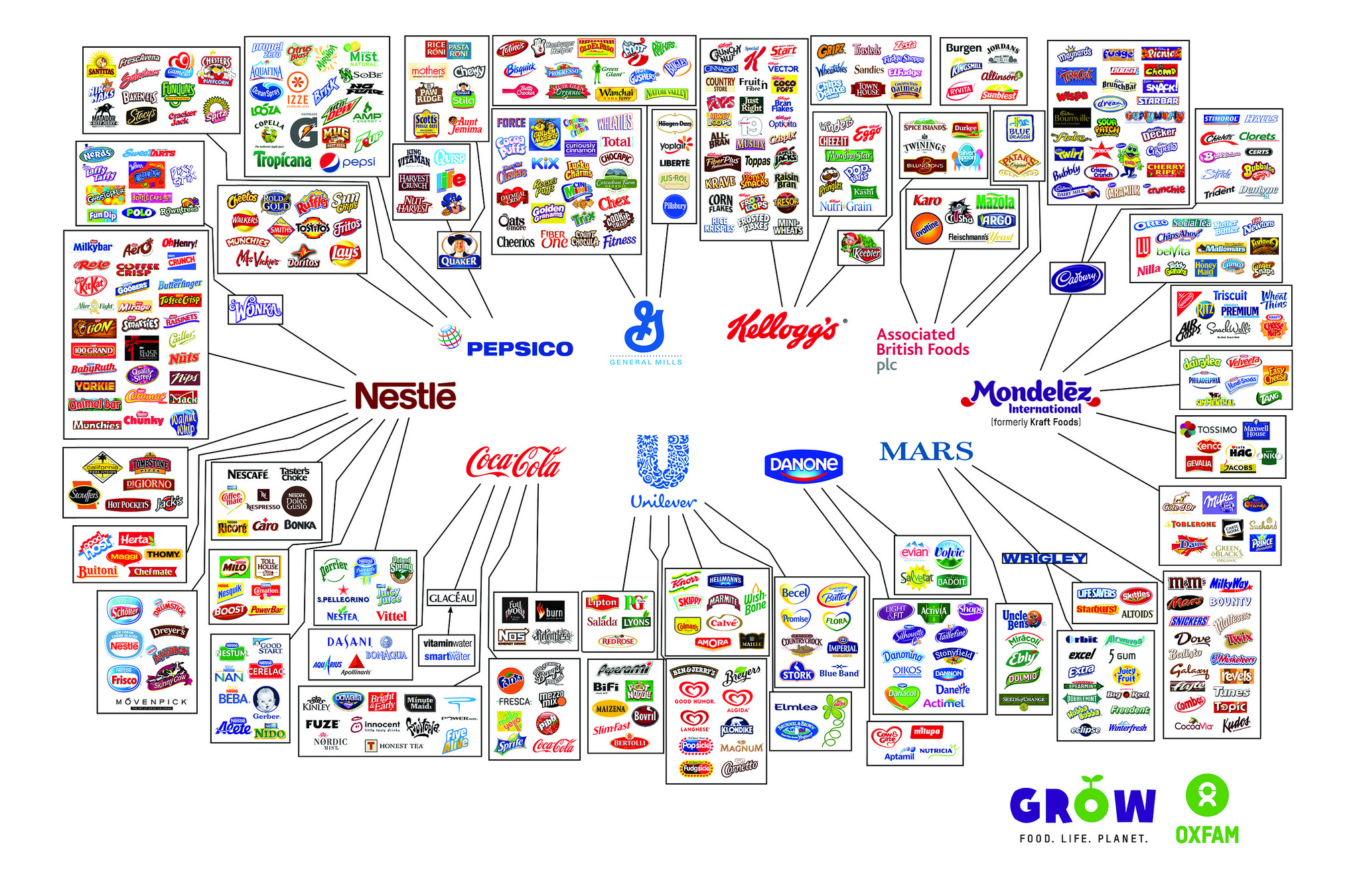 Note the foods they make. The vast majority is ultra-processed junk food, which causes obesity and chronic disease.

Ultra-processed foods are highly profitable. According to Forbes, Nestle, Coca-Cola, and Pepsi dominate the field. Nestle had revenues of $90 billion and profits of $8.6 billion in 2017.

They certainly want the gravy train to keep rolling.

Some would argue that Big Food is only responding to demand, and while we could debate the extent of that, people are buying their foods, so the demand is there.

The foods they make using seed oils, refined grains, and sugar are highly profitable partly because the ingredients are dirt cheap and can be stored on a shelf indefinitely.

A few cents worth of these ingredients, when marketed properly with a brand name slapped on the box, sells for dollars. Pizza, soda, breakfast cereal, pastries: all made of cheap ingredients. (Allegedly the aluminum in a can of soda is the single most expensive ingredient.)

So, as with Big Pharma, Big Food is another aspect of our global diabesity and disease epidemic which makes a huge amount of money, and therefore is not interested in changing the status quo, other than to make even more money.

No change will be coming from this quarter. The opposite, actually: they will resist change.

Doctors are generally paid quite well, being among the top income earners in the professions. The average doctor’s salary in the U.S. is about $250,000. (Not saying they don’t earn it, and there’s also a large variation in their salaries. In fact, for some specialties like hospitalist, the pay strikes me as too low.)

Patients come to doctors for medical treatment obviously, so that’s what doctors give them.

Most doctors do not know the right lifestyle advice to give. (I contend.)

They’re myopically focused on lowering cholesterol, for one thing. But they simply don’t know the right dietary prescriptions.

And if they do know, and tell patients about it, they can get cashiered from the profession for it, as the cases of Drs. Timothy Noakes and Gary Fettke show. They got into deep, hot water for telling their patients to cut carbs.

All incentives line up for doctors to continue the status quo.

They are well paid, they can get sued or prosecuted for low-carb advice, many patients won’t change anyway. And as we’ve seen, many doctors are bribed by Big Pharma.

Dietitians associations are soundly against change. They’d look very bad if they reversed their stances on diet of the past several decades, so they won’t.

Health bureaucrats, of which there are now a huge number, are paid well enough, so they won’t be wanting to change things.

The incentive must come from the individual

As you can see, massive incentives, mostly in the form of money, conspire to keep the American people fat and sick.

It’s not a conspiracy (as I see it), just a large group of people and corporations acting in their own interests to keep the money flowing.

And it’s a lot of money.

If you want to have any hope of being free from obesity and chronic disease, you must take up the challenge yourself.

You must learn to discern what are the correct choices to make, and you must implement them.

No one is coming to help. There are mighty forces at work to make and keep you fat and sick.