How to Fast Without Fasting 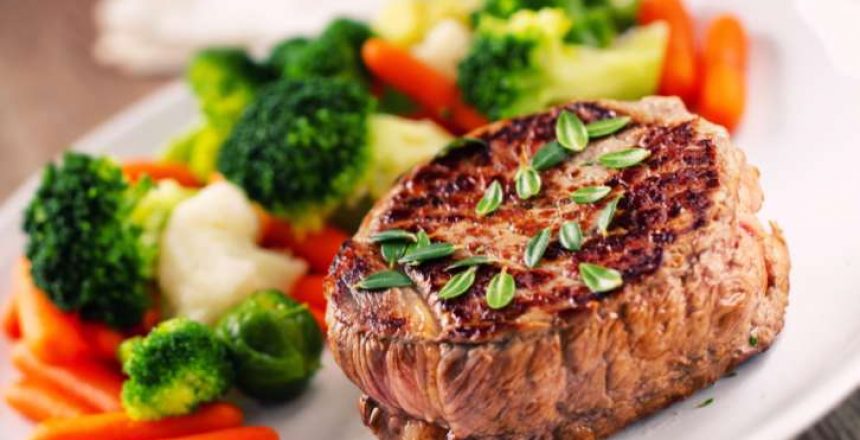 Intermittent fasting, discussed many times on this site, is a potent anti-aging and health-promoting intervention. It lowers insulin and glucose levels, and therefore can be used to treat diabetes and for fat loss. Nevertheless, fasting requires going without food, which many people are unwilling — or possibly unable, in some cases — to do.  Is there a workaround? Yes… here’s how to fast without fasting.

The effects of fasting

What does intermittent fasting do that’s so beneficial? It appears that the main way that short-term fasting benefits health is by lowering insulin levels. The mobilization of fat stores — lipolysis — that greatly accelerates during fasting appears to be due to lower insulin levels, and not to changes in blood glucose (sugar) levels. 1

Besides increasing lipolysis or fat-burning, lowering insulin levels also greatly increases the rate of autophagy, the cellular self-cleansing process that rids cells of junk and that is so important to fighting aging.

Fasting also increases the production of ketones, which benefit metabolic and brain health.

So how can you get these effects of fasting without fasting?

You do this through restricting carbohydrates.

Carbohydrate restriction gives many of the benefits of fasting

Carbohydrate restriction, i.e. a very low carbohydrate ketogenic diet (VLCKD), or in this case, a zero-carbohydrate diet, was found to account for about 70% of the metabolic response to fasting. That is, merely refraining from eating carbohydrates gives most of the benefits of fasting in terms of lower glucose and insulin. 2

In another study, a group of volunteers fasted for 84 hours (3.5 days), or fasted for that length of time and received a lipid infusion such that they got all the calories they needed. The scientists found that there were no differences in “plasma glucose, free fatty acids, ketone bodies, insulin, and epinephrine concentrations” between fasting and non-fasting conditions.3

The authors conclude, “These results demonstrate that restriction of dietary carbohydrate, not the general absence of energy intake itself, is responsible for initiating the metabolic response to short-term fasting.” [My emphasis.]

Now, I might not go so far as these scientists as to say that the entire response to intermittent fasting is due to absence of dietary carbohydrate. Another study cited above found that carbohydrate restriction accounted for about 70% of the response to fasting, not 100%.

There may be other parameters that the study didn’t observe, IGF-1 for example, or increased rates of autophagy. But it’s clear that restricting carbohydrates accounts for a lot of the changes seen in intermittent fasting.

I suspect that the additional benefits of fasting come from lack of protein intake.

Radically restricting carbohydrates results in the production of ketones, and ketones stimulate autophagy, which is one of the important benefits of fasting.4 So here’s another way that reducing carbs effectively imitates fasting.

Intermittent fasting also works by reproducing many of the effects of calorie restriction, the most robust life-extending intervention known. 5

And in turn, restriction of carbohydrates is the most effective way to mimic calorie restriction.6

The conclusion must be that carbohydrate restriction confers most of the benefits of intermittent fasting.

What if you combine a very-low carbohydrate diet with bouts of intermittent fasting? That’s exactly what I do, and it should give synergistic benefits.

If you start from a base of low-carb eating, and then fast for a period of time, this should more strongly induce ketosis and lower insulin levels, and more strongly increase the rate of autophagy and lipolysis (fat-burning).

How to implement a low-carbohydrate diet + intermittent fasting

The main source of dietary carbohydrates are refined grains and starches. These should be omitted entirely, so that means no bread, tortillas, pasta, breakfast cereal, rice, anything with sugar such as soda.

Large sources of carbohydrates are also found in starches such as potatoes.

Green leafy vegetables, while they contain carbohydrates, are such poor sources of them and so high in fiber that they may be eaten freely.

The main source of calories would consist of meat, eggs, cheese, cream, butter, yogurt (unsweetened, natch). If you drink alcohol, be moderate and stay with red wine and plain highballs, which have no sugar.

Don’t eat anything after dinner, and then again not until 16 to 18 hours have passed, say until 10 A.M. to noon the following day.  That’s your fast.

You could do that daily, although if you lift weights, don’t begin a fast until at least 24 hours after your workout. When you lift weights, muscles are primed for growth, and need nutrients to do so. If you want to get those gains, you must feed your muscles.

On my current schedule of approximately twice a week workouts, I can still manage several 16-hour fasts a week.

Hopefully, I’m getting potent anti-aging and health-giving synergy between my low-carbohydrate way of eating and intermittent fasting.

PS: Check out my Supplements Buying Guide for Men. And fasting is an integral part of my anti-aging program, as you can read in my book Stop the Clock.