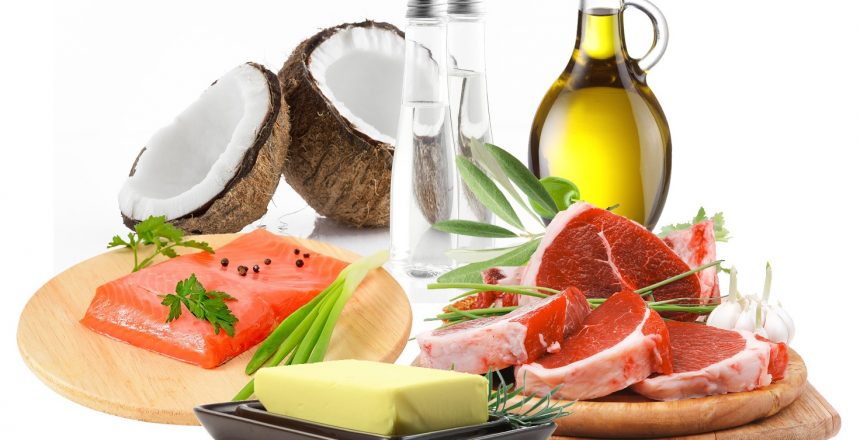 How low does carbohydrate consumption need to be to cause the production of ketones? The amount varies, and most people will need to eat 50 grams or fewer carbohydrate daily to see a rise in ketones. People who are very physically active, such as through daily strenuous exercise, may be able to eat 100 grams or more and still be in ketosis.

Ketones are used as an alternative to glucose. The body only carries about a 24-hour supply of glycogen — which is broken down to glucose — but the supply of fat is enough to last for weeks or months, depending on how much fat the person has. So after a period of about 24 hours with minimal carbohydrate intake, the production of ketones ramps up.

Just to be clear, the ketones under discussion here have nothing to do with raspberry ketones, which are a current weight-loss fad and appear to be ineffective for that purpose.

Ketones and the ketogenic diet have a number of health benefits.

The benefits of the ketogenic diet could be due to several things, for example to the absence of carbohydrate, to the presence of ketones, a decrease in insulin, or even increased consumption of fat. Or possibly to all of these.

The absence of carbohydrate in the diet leads to lower insulin levels, and this in turn allows fat to leave fat cells and be burned as energy. Hence the fat-loss effect of low-carbohydrate diets.

As noted, after 24 hours or more of carbohydrate restriction, ketones begin to be produced, and the presence of ketones and not the absence of carbohydrate seems to be the cause of the beneficial effects of the ketogenic diet in epilepsy and Alzheimer’s.

It’s also widely suspected that ketones suppress hunger. They may be the cause of the absence of hunger during prolonged fasting. Many people report that as they begin to fast, they’re hungry, but their hunger goes away as they extend their fast.

The disappearance of hunger has certainly been my experience in fasting, especially if the fast lasts more than about 16 hours. What’s probably happening is that ketone levels increase in the bloodstream, and this suppresses hunger.

The fact that many of the benefits of the ketogenic diet may be due to the ketones themselves opens the way for exogenous ketone supplements. In theory, someone could take one of these supplements to get the benefits without even restricting their carbohydrate intake.

I recently received a sample of KetoCaNa, an exogenous ketone supplement.

KetoCaNa contains beta hydroxybutyrate, one of the ketones normally produced by a ketogenic diet, and is flavored (“natural flavors”) and sweetened with stevia, a non-caloric sweetener.

I’ve used it several times now, and I can report that it works.

For one thing, it suppresses hunger, just as suspected. I’ve taken it several times in the morning during an intermittent fast. Hunger just goes away.

I’ve also taken it (twice) before lifting weights. Ketones may possibly be used as an alternative fuel during exercise, and thus may boost exercise performance.(7) My own experience here is less definite. Maybe it works. But the high-intensity protocol that I’ve begun practicing lately is so short — typically under 40 minutes — that I probably don’t need an alternative fuel source. I suspect that in a longer exercise bout, say cycling or running, ketones may make more of a difference. But I don’t know, since I don’t do those things.

By suppressing appetite, KetoCaNa could be useful for weight loss. Ketone supplements lead to lower body weight in rats.(8)

One drawback of KetoCaNa: the stuff is expensive. A full serving will run you over $4.00. However, half a serving seems to work well too.

The best way to use it is to take it during a fast, so ketone levels are increased. It will increase ketones if you’ve been eating as well, but that would negate many of the weight-loss benefits.

KetoCaNa may prove to be useful in treating Alzheimer’s, cancer, and epilepsy, but that remains to be seen. Most of those who take it now seem to be athletes.

There’s a newer entry into the ketone supplement line, Pruvit Keto // OS. I haven’t tried it.

Another, cheaper way to raise ketone levels is with MCT oil, which consists of medium-chain triglycerides which rapidly metabolize into ketones. MCTs seem to be difficult or impossible to store as fat, and a diet that included MCT oil resulted in significantly more fat loss than did a diet that contained olive oil, in humans.(9)

A tablespoon of MCT oil ought to do the job. Some people report stomach upset with MCT oil, but it’s never bothered me.

Another good reason to take exogenous ketones or MCT oil during an intermittent fast is because ketones stimulate autophagy, the cellular self-cleansing process.(10)

Increased autophagy is one of the main health benefits of intermittent fasting, and is mainly responsible for its longevity-promoting effect. Adding exogenous ketones while fasting ought to boost the autophagy process even more than fasting alone.

Lots of people who suffer from illnesses such as cancer or Alzheimer’s simply will not stop eating carbs. Crazy, I know, because if I had cancer I would do everything I could to treat it. But even a simple measure like cutting carbs seems beyond the reach of many. So ketone supplements may be able to fill in a gap in these cases.