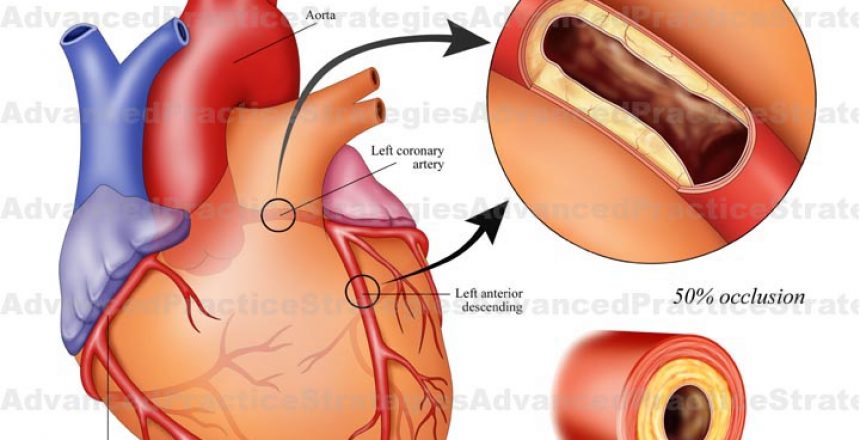 Intermittent fasting — the practice of going without food for any period of time longer than about 12 hours, including sleep time — has many benefits. Among them are fat loss, better insulin sensitivity, and a profound anti-aging effect — and intermittent fasting decreases heart disease risk, dramatically.

A study done among Mormons also found that fasting has a huge effect on heart disease, the number one killer in the U.S.. Those Mormons who fast lowered their risk by nearly 50%.(1)

The study looked at people in Utah who presented at an angiography clinic. Data was collected and analyzed.

Mormons commend fasting at least once a month.

Among the Mormons who practiced fasting, the odds ratio of heart disease was 0.55, when compared to other Mormons who did not fast.

Interestingly, among adherents of other religions, fasting reduced the risk of heart disease even more, by 77%.

The authors of the study offer several possible explanations for their findings.

1. Fasting is associated with other beneficial behaviors, all linked by self-control. Most people won’t fast at all and believe it too difficult — even though it isn’t. But those who do fast probably do have more self-discipline, and this carries over into other behaviors, such as eating less overall.

2. Metabolic factors — the authors believe this is the best explanation. Fasting results in better insulin sensitivity, and insulin resistance is strongly associated with heart disease.

4. Fasting is a surrogate marker for other behaviors. But the fact that fasting was strongly associated with less heart disease among other religions, “suggests that the observed benefit arises from fasting and not from a cluster of religion-associated behaviors.”

5. Another possibility, not mentioned in the study, is that intermittent fasting increases autophagy in arteries. Older people have impaired autophagy, the cellular self-cleansing process that rids cells of junk and keeps them in a youthful state.  Age is the most significant risk factor for heart disease. It’s been shown that impaired autophagy causes reduced endothelial function — meaning that arteries become old and not as useful.(2) People who have had a heart attack show lower levels of autophagy.

Therefore, if you boost your cellular self-cleansing through intermittent fasting, you end up with cleaner, younger, elastic, and unplugged arteries.

Years ago, I read the book by Dr. Joel Fuhrman on fasting (I no longer have it so I can’t quote it). Dr. Fuhrman claimed that fasting could cure coronary artery disease, and claimed some actual cures. The idea is that fasting almost literally melts away lipid deposits in arteries.

No doubt it’s a bit more complicated than that, but it leaves open the idea that fasting could not only prevent, but cure, heart disease. I know that if I had heart disease, I’d be fasting like a yogi on a mountain top.

Doctors won’t tell you to fast

Of course, if you do have heart disease, or just want to prevent it, don’t think your doctor will suggest intermittent fasting. It’s just not on the medical radar. You’ll be offered drugs instead — statins, probably.

There’s no money whatsoever in promoting intermittent fasting, either for a doctor or for drug companies. (Which is one reason they won’t tell you about the dangers of iron.)

Intermittent fasting isn’t on the radar of almost anyone either, doctor or not. Most people seem to believe that if you miss a meal, you’re “starving”. We’re conditioned to eat every few hours, whether we’re hungry or not.

So, if you want to prevent the number one cause of death and disability, try intermittent fasting. A 16/8 schedule is easy to implement, can be done daily or however often you want, and will do the job.

PS: More on how intermittent fasting reduces disease and stops aging is in my book, Stop the Clock: The Optimal Anti-Aging Strategy.