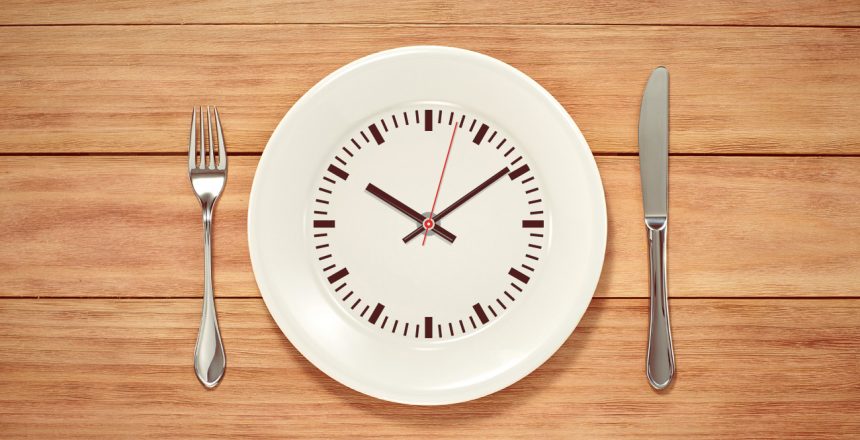 Intermittent fasting, the practice of going without food for some defined period of time, often from 16 hours up to 36 hours, has many benefits, as I’ve written quite a bit about. The following are some benefits that either haven’t been discovered before or you might not have considered.

Stem cells are those cells that have the capability of forming themselves into mature cells of different kinds. They maintain the ability to do so through most of our adult lives, and this is important for renewal of tissues and organs. For instance, bone marrow stem cells have the ability to change into different kinds of white blood cells.

During ageing, muscle stem-cell regenerative function declines. At advanced geriatric age, this decline is maximal owing to transition from a normal quiescence into an irreversible senescence state. How satellite cells maintain quiescence and avoid senescence until advanced age remains unknown. Here we report that basal autophagy is essential to maintain the stem-cell quiescent state in mice… our findings reveal autophagy to be a decisive stem-cell-fate regulator, with implications for fostering muscle regeneration in sarcopenia.

Autophagy declines with age, and at the point of advanced old age, this may cause stem cells to lose their stemness and become senescent.

Intermittent fasting strongly increases autophagy, and this is probably the main mechanism of its benefits. As such, it helps keep the organism – that’s you and me – in a youthful state.

By practicing intermittent fasting, this could stave off the decline of stem cells.

Mark Mattson, a leading scientist in the field of aging, wrote “Late-onset dementia: a mosaic of prototypical pathologies modifiable by diet and lifestyle”(2). He writes:

Intermittent bioenergetic challenges forestall ILOD [idiopathic late-onset dementia] by stimulating adaptive stress response pathways. As with other species, humans evolved in environments where there was competition for food, mates and other resources. Accordingly, selection favored individuals whose brains functioned best when they were hungry, physically active and under stress. In response to the challenges (exercise, dietary energy restriction/fasting, intellectual challenges and consumption of noxious phytochemicals) neurons experience mild bioenergetic and oxidative stress. The neurons respond adaptively by activating signaling pathways that improve their ability to cope with more severe stress and resist disease.

The challenges Mattson lists, exercise, dietary restriction, fasting, and noxious phytochemicals, are all means of eliciting hormesis, which is the activation of anti-stress responses in response to toxins and stressors. (Noxious phytochemicals are those chemicals found in fruits and vegetables, notably berries and cruciferous vegetables like broccoli and cabbage, as well as coffee, tea, and chocolate, and also include resveratrol and curcumin.) The organism than attains a better state of health because of it.

All these modes of hormesis he mentions are important for long life and health. The opposite is the couch potato who never challenges himself. Some form of hormetic challenge should be engaged in daily.

Lipofuscin, the toxic waste of aging, is cellular junk that accumulates with age and literally gunks up cells, making them less able to perform their functions. It’s thought that the accumulation of lipofuscin plays an important role in the maladies of aging. For instance, lipofuscin appears to be directly related to macular degeneration, a leading cause of blindness in the elderly.

But there’s been debate among cell biologists as to whether cells can ever be rid of  lipofuscin. There’s been some experimental success using drugs in cell cultures, but other results have been meager. It’s been thought that by its very nature, lipofuscin resists removal.

A group of scientists recently found they could remove lipofuscin from the cells of… marine snails.(3)

The aim of this investigation was to test the hypothesis that fasting-induced augmented lysosomal autophagic turnover of cellular proteins and organelles will reduce potentially harmful lipofuscin (age-pigment) formation in cells by more effectively removing oxidatively damaged proteins. An animal model (marine snail – common periwinkle,Littorina littorea) was used to experimentally test this hypothesis. Snails were deprived of algal food for 7 days to induce an augmented autophagic response…. This treatment resulted in a 25% reduction in the cellular content of lipofuscin in the digestive cells of the fasting animals…These findings support the hypothesis that fasting-induced augmented autophagic turnover of cellular proteins has an anti-oxidative cytoprotective effect by more effectively removing damaged proteins, resulting in a reduction in the formation of potentially harmful proteinaceous aggregates such as lipofuscin. The inference from this study is that autophagy is important in mediating hormesis.

While the experimental animal here may seem odd, it’s no odder than worms (C. elegans) used in aging research, and I don’t see any reason these results wouldn’t apply to humans, although admittedly I know little about marine snails.

In any case, fasting strongly increased autophagy and resulted in a large clearance of lipofuscin from cells.

There seems to be no end to the ways that intermittent fasting can provide health benefits. It may preserve stemness, prevent dementia, and remove lipofuscin, all solid anti-aging measures.