A Case of Lung Cancer Treated with Fish Oil 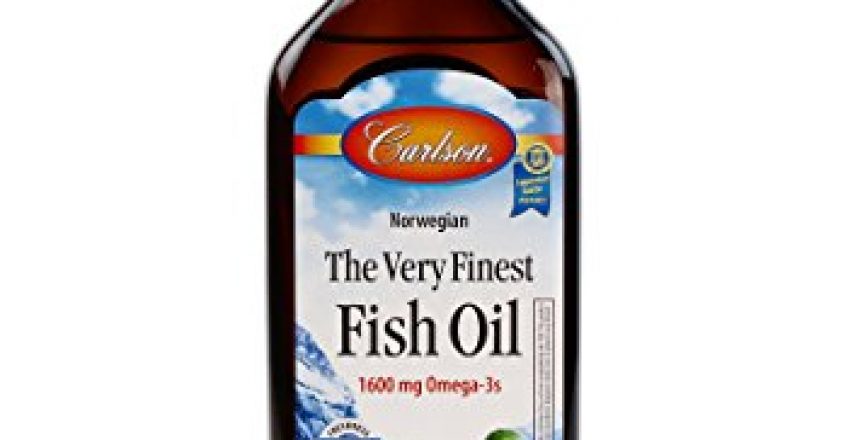 There’s an inverse relation between consumption of fish and fish oil and the incidence of cancer.

Is it possible however to cure cancer with fish oil? Maybe so: here is a report of a case of lung cancer treated with fish oil that resulted in tumor shrinkage of up to 90% in three years.

We present a case of a 78-yr-old man with malignant fibrous histiocytoma with multiple lesions in both lungs. Following diagnosis, he declined conventional chemotherapy and elected nutritional intervention by increasing intake of omega-3 fatty acids and lowering intake of omega-6 fatty acids. We estimated that he consumed 15 g of the long-chain omega-3 fatty acids eicosapentaenoic (EPA) and docosahexaenoic acid (DHA) per day, and the ratio of linoleic acid/long-chain omega-3 fatty acids in his diet was 0.81. Serial computed tomography scans and pulmonary x-rays revealed remarkably a slow and steady decrease in the size and number of bilateral nodules. He has no apparent side effects from consuming large quantities of fish and algae oils rich in DHA and EPA and he remains asymptomatic.

The report doesn’t give too many details about the man’s motivations for declining cancer treatment, although it can be suspected that he merely didn’t want conventional slash, burn, and poison cancer therapy, especially with its poor record at curing lung cancer. And doubly so at his age. He was an ex-smoker, and had quit 25 years before after smoking for 23 years.

The report also doesn’t say where he got the idea to treat his cancer with fish oil. It wouldn’t be the first thing I would think to do. However, before his diagnosis he’d been taking a number of nutritional supplements, including fish oil, as well as aspirin, glucosamine, and others, so he may have been simply more attuned to the possibility than others.

The tumors began shrinking within months, and in about 3 years time, had shrunk 80 to 90%, and he had no symptoms.

His macronutrients were measured and consisted of 18% protein, 34% fat, and 48% carbohydrate. (Personally, I would have cut way back on the carbohydrates and replaced them with fat.)

What we can learn from this case

The most obvious thing we can learn is that fish oil probably shrunk his tumors, all but completely curing him, as he refused conventional treatment and the only other change he made was to cut way down on omega-6 fatty acids from vegetable oils, which are known cancer promoters.

Studies on the association between fish consumption and cancer have been equivocal, with some finding an (inverse) association, and others not. The reason may be that many other factors difficult to account for are important, most notably the consumption of omega-6 fats. Not only is the absolute amount of omega-3 consumed important, but also the ratio of omega-6 to omega-3 fats. So even if someone ate fish regularly or took fish oil, if he consumed a high amount of vegetable oils, that could negate any benefit from fish.

Avoiding vegetable oils (industrial seed oils) may be the most important action you can take to improve the omega-6/3 ratio, that is, to decrease it. Unfortunately, most people are still under the impression that these oils are healthy, since the health establishment has recommended them over the past several decades for “heart health”. In reality, there’s nothing at all healthy about them.

These oils include safflower, corn, soy, and others, as well as margarine. Virtually all processed and fast food contains large amounts. Note that olive oil is not an industrial seed oil and is healthy.

One reason that aspirin prevents cancer may be that it blocks metabolism of omega-6 fats, which are inflammatory. Omega-3 fats are anti-inflammatory. So decreasing the omega-6/3 ratio may accomplish nearly the same thing.

In the 20th century, the ratio of omega-6/3 radically increased with the discovery of how to manufacture cheap industrial seed oils and the rise of processed food. Our paleolithic ancestors may have had a body ratio of omega-6/3 of 2:1 or 1:1, whereas ratios as high as 50:1 are seen in the Western world now. In fact, countries with less cancer such as Japan have much lower ratios than we do.

It’s estimated that this patient’s omega-6/3 ratio while consuming high amounts of fish oil was 0.73. While the American Heart Association recommends 2 to 4 grams a day of omega-3 fats for those people with high triglycerides, and to do so only under consultation with a doctor, the report on this man who cured his lung cancer emphasizes that his high consumption was “without symptomatic or laboratory side effects”.

It’s difficult to say what one case tells us about the odds of treating cancer with nutritional intervention only. However, it does seem to confirm that omega-3 fatty acids fight cancer, and omega-6 fats from industrial seed oils promote it.

BTW, if you supplement with fish oil, liquid fish oil is a better option than capsules.

For more on cancer prevention and living a long time, get my book, Stop the Clock.