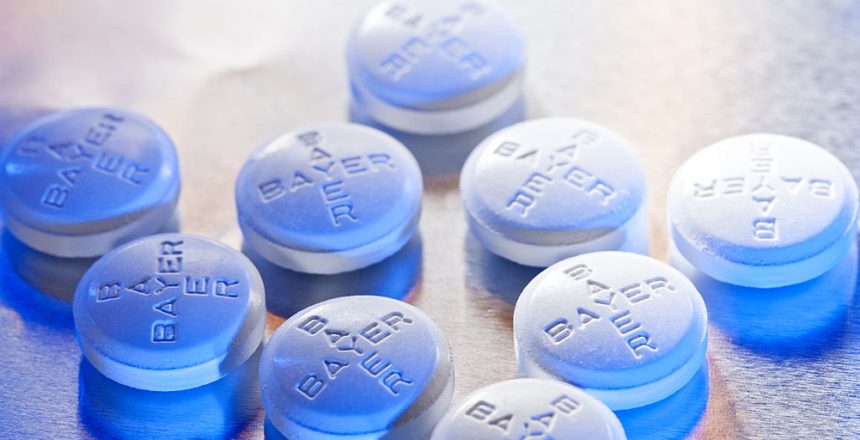 Following are some thoughts on aspirin, salicylate, and cancer.

Aspirin is well known to prevent cancer. A number of epidemiological studies, as well as randomized controlled trials have found that people who take aspirin, and especially those who’ve taken it longer than 5 years, have much lower cancer rates.

In randomized controlled trials, the biggest decrease was in cancers of the gastrointestinal tract, which were 54% lower after 5 years of aspirin use; with 7.5 years of use, 20-year gastrointestinal cancer rate was 59% lower. (Note: this is a bit confusing; what it means is that someone who used aspirin for 7.5 years benefited over 20 years, even though they didn’t necessarily take aspirin the entire time, i.e. aspirin decreases cancer even after you stop taking it.)

For all cancers, the decrease in risk was 34% with 5 years of aspirin use.

Why does aspirin decrease cancer? Lots of ideas have been floated, perhaps the most popular being that aspirin inhibits the enzymes COX-1 and COX-2 (cyclooxygenase 1 and 2), which is involved in inflammation and pain. Another possible mechanism is that aspirin lowers levels of iron, such that people who take it for years have substantially lower body iron stores.

To understand how aspirin might protect against cancer, we need to know something about its pharmacology.

The acetyl group then attaches to COX-1, the dominant COX enzyme in blood platelets, disabling them. Platelets are responsible for forming clots after a bleeding episode.

One low-dose aspirin tablet irreversibly disables platelets, because the platelets are unable to synthesize new enzymes. The inhibition of platelet function is antagonized by newly formed platelets, which enter the circulation at the rate of 10 to 15% daily. (Hence platelets turn over every 7 to 10 days.) A loading dose of one regular dose (325 mg) aspirin disables platelets faster, which is why a regular size aspirin is used when a patient is having a heart attack. The arrival of new platelets daily means that, in order to maintain an optimal anticlotting effect, aspirin must be taken daily.

So, after the acetyl group is jettisoned, salicylate remains, and this molecule is also active. The active ingredient of willow bark, from which aspirin was originally derived, is salicin, and when ingested, salicin becomes salicylate, the active drug. Taking salicin or salicylate does not cause an anti-clotting effect; salicylate is responsible for the effect of diminishing pain and inflammation.

Back to cancer. It turns out that salicylate activates AMPK, the master metabolic switch that increases mitochondrial biogenesis and fat-burning. This makes salicylate similar to exercise and calorie restriction as well as resveratrol and berberine. Both cancer and atherosclerosis may be inhibited by activating AMPK. Oddly, the protective effect of aspirin against coronary artery disease may be due partly to this mechanism of salicylate, and not entirely because of the anticlotting effect of the acetylation of COX-1 in platelets.

While the acetyl group of aspirin isn’t necessary to provoke cell cycle arrest and apoptosis (cell suicide) of cancer cells, platelets themselves may have a great deal to do with the progression of cancer. That means that aspirin could have two separate ways of preventing cancer, through the action of salicylates and by inhibiting platelet aggregation.

Salicylates activate AMPK only at relatively high doses, higher than could be expected through a daily low-dose (81 mg) aspirin.

Interactions with iron may explain much of the anti-cancer effect of both aspirin and salicylate. Aspirin can result in lower iron levels either through direct iron chelation or the promotion of largely invisible intestinal microbleeding. Aspirin users typically lose small amounts of blood, perhaps on the order of 1 ml, daily, and that adds up over time and depletes iron stores.

Aspirin’s iron-chelating action stems from the salicylate moiety. Salicylate is such a powerful iron chelator – it binds and removes iron – that several species of bacteria make salicylate to use as a siderophore, a molecule that complexes with iron in the host or elsewhere in the environment and makes it available for bacterial growth. Iron is the limiting element for most pathogenic bacteria, and bacteria and their hosts battled each other in an evolutionary arms race for iron.

Willow bark, which is rich in salicylate (salicin), has anti-cancer properties; it suppresses growth and induces apoptosis in human lung and colon cancer cells. Willow bark is also rich in polyphenols and these appear to contribute to its painkilling and anti-inflammatory effects. Aspirin, at physiologically relevant doses, kills cancer cells by causing pro-oxidation reactions in mitochondria, and this does not affect normal cells with normal mitochondria. Aspirin and/or salicylate possibly could, from this viewpoint, be used in the metabolic therapy of cancer.

Willow bark has been known and used as a drug for thousands of years. Hippocrates himself recommended it.

An extract of willow bark was recently found to be the most potent plant extract in the extension of lifespan in yeast. While yeast may not be the most relevant model of lifespan extension, they’re commonly used in aging research and many substances and interventions that prolong their lives also prolong the lives of mammals.

Whether the polyphenols or the salicylate in willow bark are responsible for the lifespan effect in yeast is not known, but I suspect that both are involved. Aspirin extends lifespan in a number of models, including mice, but the results are not so spectacular that they make aspirin the most potent life-extension molecule. Salicylate, on the other hand, perhaps along with the phytochemicals in willow bark, just might be among the most powerful.

Salicylate appears to offer many of the anti-cancer and anti-aging properties of aspirin without as many side effects, mainly the tendency to bleed when that’s not wanted. However, at least some of the protective effect of aspirin against heart disease is necessarily entwined with the bleeding tendency, since inhibition platelet function both increases the risk of bleeding and prevents clots from forming in arteries. Aspirin has another mode of protection against atherosclerosis though, and that’s the ability of salicylate to chelate iron and lower body iron stores. The first, anti-platelet, mode works quickly, which is why aspirin taken by people having a heart attack; the second, iron-chelation mode is longer term, over a period of months to years if low-dose aspirin is used.

Just to be clear, I’m not recommending anything, whether aspirin, salicylate, or willow bark. Apparently some people (especially over on Twitter) think you’re not supposed to talk about this stuff, or if you do, you’re making some kind of recommendation. I’m just spreading the knowledge, my friends.

PS: To learn how you can live longer, you might want to invest a couple (OK, more than a couple) bucks in my book, Stop the Clock: The Optimal Anti-Aging Strategy.