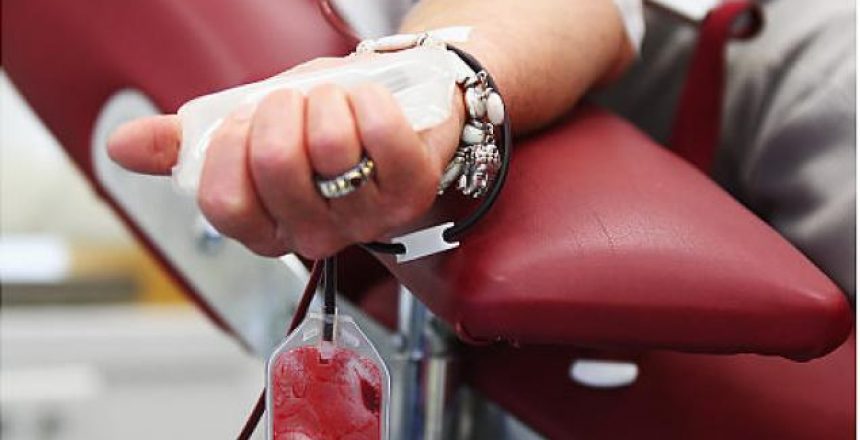 High body iron stores increase the risk of diabetes. Since diabetes is merely the end result or the extreme on a spectrum of insulin resistance, iron can be suspected of causing insulin resistance. But does it.

In blood donation, the removal of blood leads to lower body iron stores, since iron must be removed from storage to replenish the red blood cells lost during donation. Hemoglobin, the oxygen-carrying molecule of red blood cells, requires iron as a necessary co-factor.

It follows that blood donors ought to have better insulin sensitivity. Turns out that they do.

A group of blood donors had both better insulin sensitivity and lower iron than non-donors. That led to over 50% lower insulin secretion in a test in which glucose was infused into a vein, which can be expected to profoundly affect aging and disease risks.

A problem in studies of blood donors, as I discussed in my book Dumping Iron, is a so-called healthy donor effect. Blood donors are more likely to be healthier than non-donors, since if they are unhealthy they can’t donate, and this could account for some of the better health seen in donors.

A number of ways exist to get around the healthy donor effect to see whether blood donation truly causes better health, or whether there’s a mere association between the two.

In this particular study, donors were carefully matched with non-donors for “age, body mass index, waist-to-hip ratio, and cardiovascular risk profile, including blood lipids, blood pressure, and smoking status.” This matching could eliminate much or all of the healthy donor effect, if the participants were alike in every way except the fact of being blood donors.

Blood donors also had lower ferritin levels, which measures body iron stores. The ferritin of donors averaged 101 μg/L, that of non-donors was 162.

To prove that lower body iron via blood donation actually causes better insulin sensitivity, 10 healthy blood donors had their iron lowered via phlebotomy. Serum ferritin was cut almost in half, from 75 to 38.

Insulin sensitivity increased by about 40%.

Metformin is the most commonly prescribed drug for diabetics; it’s been shown to extend lifespan in animals, and may very well do the same in humans.

Much experimentation and speculation has gone into trying to explain how metformin works.

It turns out, according to a recent study, that metformin induces an iron deficiency-like state. In effect, metformin causes an organism to “believe” it’s in a state of low iron, which upregulates certain cellular processes that are known to prolong lifespan.

The connection between metformin and iron provides further evidence of the close linkage between iron and aging.

Metformin both extends lifespan and causes an iron deficiency-like state.

Giving blood regularly and thus keeping body iron stores in the low normal range may give you the same life-extension benefits as metformin. Maybe even better.

PS: For more on the benefits of lower body iron, pick up a copy of my book, Dumping Iron.