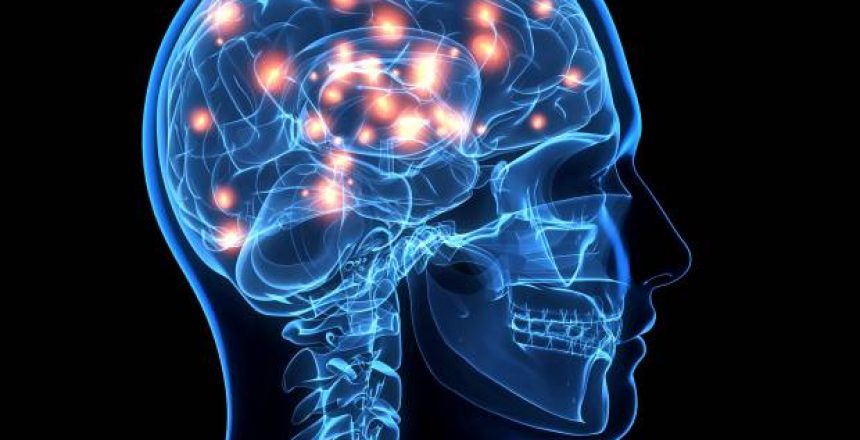 The brain and cholesterol

The brain makes up only 2% of body weight but accounts for 23% of total body cholesterol. Clearly, the brain has a high need for cholesterol, which is important for the myelin sheaths of nerve cells and in neurotransmission. Insufficient cholesterol can impeded neurotransmitters.

In elderly people – 85 years old and up – those whose serum cholesterol levels had increased had the lowest risk of dementia.

Even among healthy middle-aged women, higher total and LDL cholesterol was associated with better memory function. The authors of this study caution, “Possible cognitive effects
of cholesterol reduction should be considered in future studies of lipid lowering agents.” What this means is that statins could harm cognitive function.

Cholesterol and violence, suicide, and depression.

Major depression, violence, and suicide have long been linked to low cholesterol.

“A significant association between low or lowered cholesterol levels and violence is found across many types of studies. Data on this association conform to Hill’s criteria for a causal association. Concerns about increased risk for violent outcomes should figure in risk–benefit analyses for cholesterol screening and treatment.”

Cholesterol levels are low in major depressive disorder.  Chart below shows the correlation between plasma cholesterol and the Beck Depression Inventory (BDI) score. 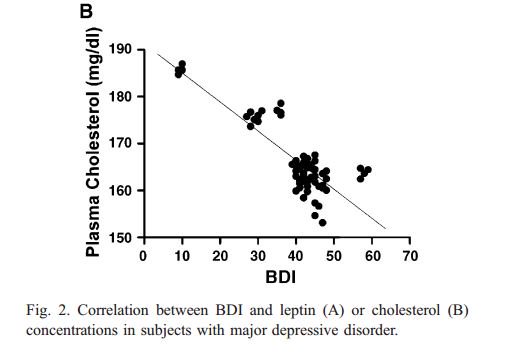 Statins are drugs that lower cholesterol, and if the associations between low cholesterol and poor brain health we’ve discussed above are causal, then statin use should also be associated with worse brain health.

Stains have been anecdotally associated with memory loss. Adverse cognitive effects from statins appear to be dose-related. Some 90% of patients who had cognitive problems reported improvement after they stopped taking a statin, sometimes within days of stopping. “Of interest, in some patients, a diagnosis of dementia or Alzheimer’s disease reportedly was reversed.”

Large increases in dementia or other cognitive impairment have been found with statin use.

Most of the data above (except animal experiments) are association only, and do not show causation. But given what we know about how the brain uses cholesterol, there are good reasons to think that high cholesterol is good for brain health, and that low cholesterol, whether “natural” or achieved through diet or statins may harm the brain, and increase dementia risk, as well as risk of depression, violence, and suicide.

The widespread practice of prescribing statins to all and sundry could increase the incidence of cognitive decline and dementia.