Does Vitamin D Prevent the Flu? 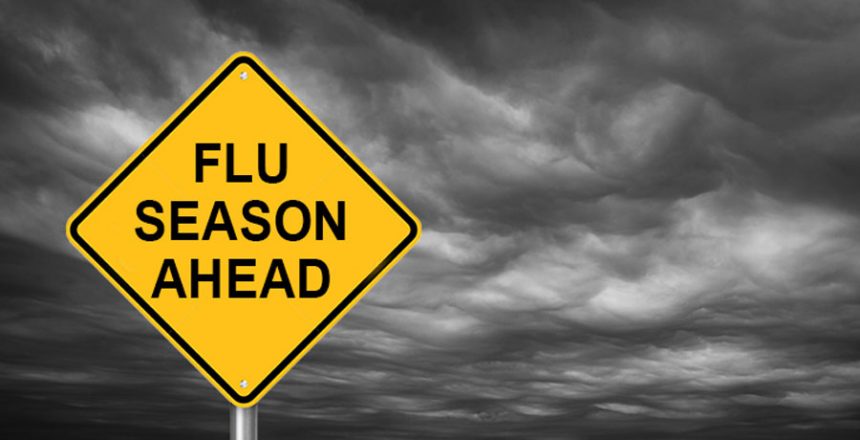 Influenza (flu) epidemics occur in winter, and rarely if ever in the summer. Vitamin D levels in humans are lowest in the winter, and highest in summer. Is there a connection, and does vitamin D prevent the flu?

Consider the following chart, taken from a paper, Epidemic influenza and vitamin D, which shows the percentage of all cases of type A influenza by latitude and month. Virtually all cases occur in winter and early spring, and none in the summer. The seasonal and latitudinal distribution of outbreaks of type A influenza in the world, 1964–1975… The diagrams show for each calendar month the percentage of each zone’s total outbreaks. In both north and south temperate zones the epidemics are distributed around the local midwinter, whereas the tropical zones show a transition, each approximating towards the distribution of its own temperate zone. The curve indicates the ‘midsummer’ path taken annually by vertical solar radiation.

Next, the seasonal variation in vitamin D blood levels in people aged 50 to 80 in southern Germany. There’s a clear correlation between vitamin D and influenza. But is it causal?

Perhaps the flu spreads because people huddle together in close contact in the winter. But, the same people work in offices, take public transport, and attend large gatherings in the summer too, and there’s almost no flu then.

Vitamin D is important for immunity too, giving us further reason to think it’s involved.

A number of other facts lead to vitamin D:

Increasing levels of vitamin D are associated with lower incidence of respiratory infections.

Randomized controlled trials are the gold standard in determining causality. Rather than look at a bunch of separate trials, let’s look at a meta-analysis of them, Vitamin D and Respiratory Tract Infections: A Systematic Review and Meta-Analysis of Randomized Controlled Trials. It looked at 11 placebo-controlled studies, and found that vitamin D supplementation protects against respiratory infections.

Once-daily vitamin D cut the odds of respiratory infections in half. Average dose was only 1600 IU daily.

That’s good enough for me. Since vitamin D is safe, I see no reason not to take it. In the fall and winter, when I get no sun exposure, I take 5,000 IU on most days. In summer, when I get a decent amount of sun, I don’t take it.

For the record, I last had the flu nearly 7 years ago, and that wasn’t long after I had begun taking vitamin D. I’ve had maybe 2 colds in the past 5 years.

Other factors could influence my low incidence of colds and flu. Being in shape and eating and sleeping well help immune function.

Low vitamin D blood levels may well be the seasonal stimulus for the flu, and supplementing with vitamin D prevents respiratory tract infections.

Vitamin D could prevent a lot of misery, and for some people, even death.

I use NOW brand vitamin D, which uses extra virgin olive oil as a base. Beware of brands that use soy or other seed oils, and many of them do.