Insulin Resistance Is a Major Risk for Cancer 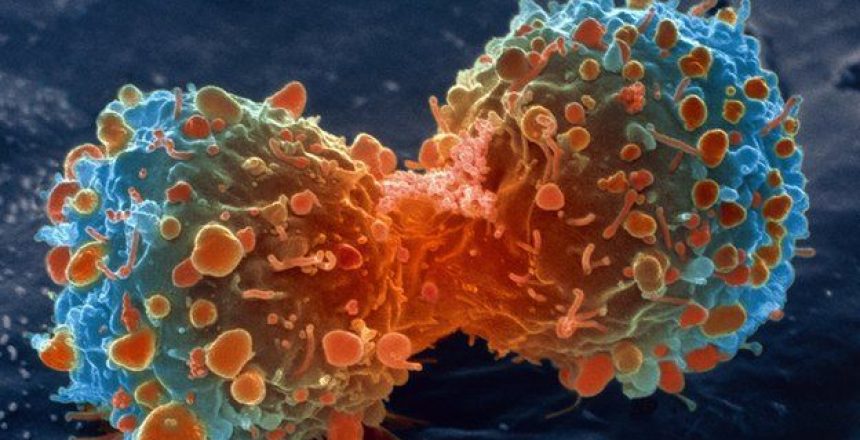 Insulin resistance, the condition in which a person becomes insensitive to the effects of insulin and has to produce more insulin to overcome that insensitivity, ultimately leads to diabetes if it goes on long enough. Insulin resistance is also related to cancer. In this article I’ll discuss why insulin resistance is a major risk for cancer, why this is important, and what you can do to dramatically decrease your cancer risk.

Association between insulin resistance and cancer

Insulin is a hormone, and one of its main functions is to allow cells to take up glucose from the blood to use for fuel. When more insulin than normal is required to do this, then a state of insulin resistance occurs. When insulin resistance gets to a point in which the body can’t keep glucose under control and blood sugar rises, that’s the disease of type 2 diabetes.

Both insulin resistance and diabetes are associated with many chronic diseases, as I discussed in my post on fasting insulin. Cancer is one of them.

Most people tend to think of cancer as something that strikes out of the blue and that there’s little they can do about it. (The exception being smoking.) The seemingly chance nature of cancer, as well as its often fatal outcome is what make cancer so frightening to so many.

Cancer doesn’t strike by chance, though. Many factors that are under your control can radically decrease your risk of getting it. One of the most important is insulin resistance.

Men are often told that prostate cancer is almost unavoidable, that most men will have some degree of prostate cancer as they get old, even if it doesn’t become serious or kill them.

Conversely, men with the highest insulin sensitivity had a 65% reduced risk of prostate cancer.

Waist-hip ratio as a measure of obesity adds to the risk. men in the highest tertile of both insulin resistance and waist-hip ratio had more than 8 times the risk of prostate cancer.

Despite what you’ve heard, there’s no relation between testosterone and prostate cancer. In fact, testosterone replacement therapy (TRT) is associated with a decrease in the risk of prostate cancer of 40%.  I speculate that it does this by improving body composition (ratio of muscle to fat) and thus improving insulin sensitivity.

Breast cancer occupies a place in the psyche of women that may be hard to overestimate. Some women have feared it so much that they have had preemptive mastectomies — they’ve had their breasts chopped off so they won’t get breast cancer.

But as with prostate cancer, breast cancer is highly associated with insulin resistance. Women in the highest quintile (fifth) had nearly 3 times the risk of breast cancer than those in the lowest. That was independent of degree of body fat.

Insulin resistance and diabetes are associated with a higher risk of many other cancers. These include cancers of the stomach, colon, liver, pancreas, kidney, ovaries,  and endometrium.

A recent study found that insulin resistance was associated with a 12 times greater risk of any cancer.

Metformin is a drug that lowers glucose and insulin and is the most common drug treatment for diabetics.

Metformin use is associated with large reductions in cancer relative to other diabetic drugs. New users of metformin have about a 40% decreased risk of cancer. New users have a lower risk in this study probably because they’re actually taking their metformin, whereas in other studies, results were based on any history of metformin use.

Glucose is fuel for cancer, so that’s one way metformin works.

Insulin promotes growth, and for that reason may promote cancer.

Metformin has become a hot topic in anti-aging circles, since it increases lifespan in mice. Human trials of metformin for life extension are under way.

Berberine is an over-the-counter supplement that works very similarly to metformin.

Insulin also promotes growth. It causes energy storage of fat in fat cells, and is necessary for muscle growth too.

Unrestrained growth is a hallmark of cancer. Insulin and glucose promote that growth.

How to decrease the risk of cancer

There are actually lots of ways to decrease your risk of cancer, but for the moment, let’s confine the discussion to lowering insulin resistance to decrease cancer.

Low-carbohydrate diets cause insulin to decrease. Even when no weight is lost, insulin declines.

Ron Rosedale and Eric Westman studied patients put on a very low carbohydrate diet. Over the course of an average of 3 months, their insulin levels dropped about 40%, and glucose about 7%. This shows the importance of the insulin test, since the body can keep glucose within the normal range by increasing insulin, and a simple fasting blood glucose test does not detect this.

In a comparison of fasting versus a carbohydrate-free diet, fasting lowered insulin response by 69%, while the carb-free diet lowered it by 49%. This led the researchers to conclude that carbohydrate restriction alone could account for more than 70% of the insulin response in fasting. Note that this was a 3-day fast, a long one.

Another study compared a 3.5-day fast to receiving all calories via lipid infusion. Insulin dropped in both conditions. These researchers concluded that absence of carbohydrate was responsible for all of the responses to fasting. Probably hyperbolic, in my estimate, but close.

Exercise improves insulin sensitivity. Quote from this study, “The most important site of peripheral insulin resistance is the skeletal muscle, and in this tissue there are several steps involved in insulin-mediated glucose uptake in which insulin resistance might occur.”

It does this by depleting muscles of glycogen and increasing glucose transporters in muscle tissue.

Insulin resistance is strongly associated with cancer. In fact, I know of no other association with cancer as strong, with the exception of cigarette smoking or perhaps very toxic chemicals such as heavy metals.

To decrease your risk of cancer, improve your insulin sensitivity via