Is Insulin Resistance the Main Cause of Heart Disease? 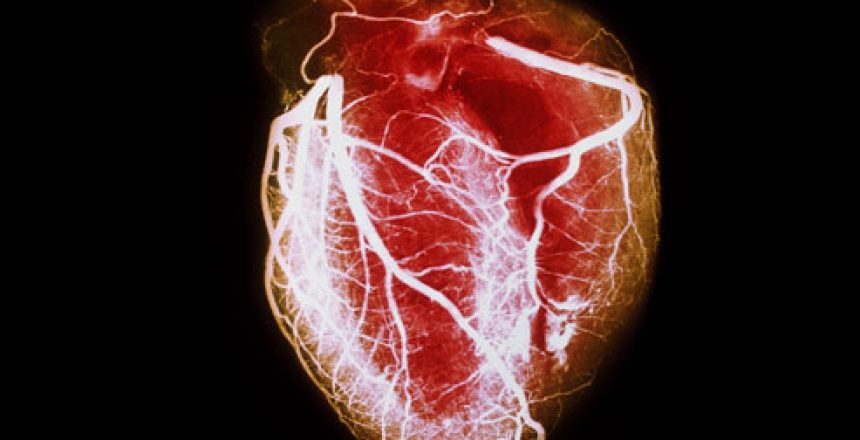 A recent study found that evacetrapib, a drug in trials by Eli Lilly, and which raises HDL cholesterol and lowers LDL cholesterol, did not reduce the incidence of heart attacks or any other cardiovascular event.

The doctors are baffled.

“Here we’ve got an agent that more than doubles the levels of good cholesterol and lowers bad cholesterol and yet has no effect on clinical events,” said Stephen Nicholls, M.B.B.S, Ph.D., a professor at Australia’s University of Adelaide, cardiologist at Royal Adelaide Hospital and the study’s lead author. “We were disappointed and surprised by the results.”

“As we close out the trial, we’re trying to understand how a drug that seems to do all the right things in terms of blood cholesterol levels doesn’t then translate into reducing clinical events.”

Perhaps HDL and LDL cholesterol are only markers for what really causes heart disease: insulin resistance and inflammation.

The best predictor — by far — of coronary heart disease is the ratio of triglycerides to HDL cholesterol. Check out the following graph, courtesy of Dr. Ronald Krauss, one of world’s foremost experts on heart disease. 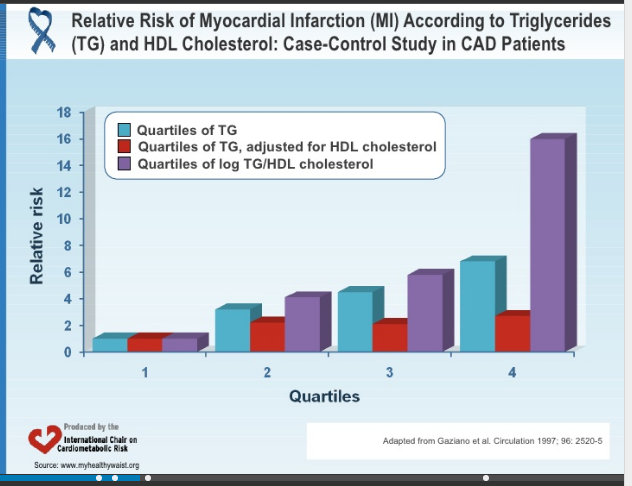 The highest quartile (upper fourth) of people in triglyceride/HDL ratio had a 16-fold higher risk of heart disease than the lowest. (Reference.)

You have to wonder, given that by definition 25% of people have that high a ratio, and that their risk was 16-fold higher than baseline, whether these unfortunate people may account for nearly all the cases of heart disease. Certainly a very high fraction.

A triglyceride/HDL ratio of greater than 3.0 is a reliable marker of insulin resistance.(3)

As for LDL, Ivor Cummins quotes Dr. Thomas Dayspring, a renowned cholesterol expert, as saying that unless LDL is greater than 200, it’s worthless as a marker for anything. (And by the way, that’s a terrific video on the root cause of heart disease, well worth watching in full.)

The waist-hip ratio is also a strong indicator of heart disease risk.(4)

So, it appears that the best way to avoid heart disease is to avoid insulin resistance.

Low-carbohydrate diets, fat loss, and exercise — especially strength training to build muscle — are the best ways to do this.