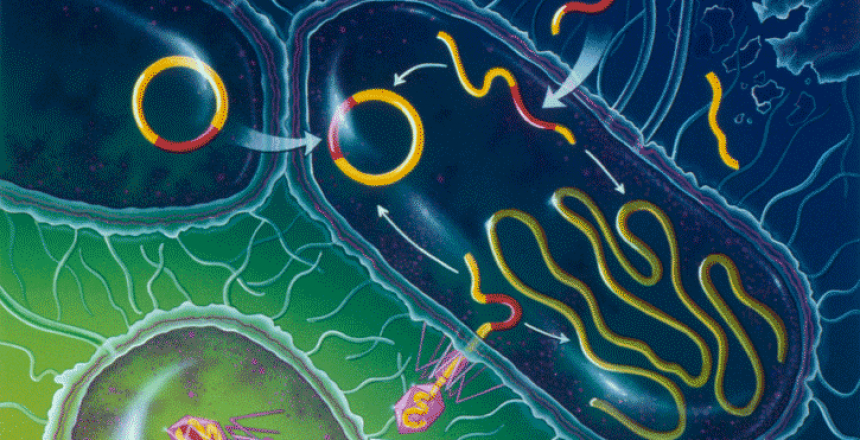 Competition for iron and the evolutionary arms race

All bacteria, as well as all fungi and protozoans, require iron in order to live, grow, and reproduce. They share this trait with virtually all other organisms, humans included.

The struggle between parasites and their hosts has been characterized as an evolutionary arms race.

When pathogenic microbes invade a host organism, they need to obtain iron in order for their invasion to succeed, and they have evolved a number of ways to do so.

In the evolutionary arms race, the hosts have evolved numerous mechanisms to withhold iron from invading pathogens. If the host has too much iron available, or if the mechanisms for withholding iron are overridden, infectious agents have an easier time gaining a foothold, and of causing disease.

For example, loss of appetite when ill can be an adaptive, protective response, and at least part of the mechanism behind this is iron withholding from infectious organisms.  Critically ill children in an ICU got well faster when they were not fed in the first week, as opposed to being fed immediately.(1) The infection rate among late-fed children was ~8% lower than early-fed (OR .48 vs .35).

Patients who went from a “famine” diet to a hospital diet had higher rates of malaria, brucellosis, and tuberculosis.(2)

Force-feeding ill patients can clearly be a bad move.

Infections in the elderly

Other than an occasional cold or maybe flu, most people probably don’t worry much about infections, but the elderly have a greatly increased rate of infections, such as pneumonia and urinary tract infections.

Could some of this increased infection rate in the elderly be due to the fat that they have, on average, higher iron stores?

About 10% of elderly men, and 20% of elderly women, have urinary tract infections at any given time.(3) The elderly also have higher rates of pneumonia, diarrhea, and skin infections.

Iron supplementation results in higher rates of diarrhea in children.(4)

Serum ferritin (iron) level is an independent predictor of infections in dialysis patients.(6)

Sepsis is one of the most serious of infections, and occurs when bacteria (or sometimes, fungi) invade and grow in the bloodstream. It’s often fatal.

Iron chelators have an antibacterial effect in experimental sepsis.(7)

A recent article in Medical Hypotheses suggests the use of iron chelators in sepsis.(8)

In experimental sepsis in guinea pigs, when E. coli was injected along with iron, 100% of the animals died, as compared to 0% of animals injected with the bacteria plus saline.(9)

A recent report found that patients who were on long-term, low-dose aspirin had about half the rate of death from sepsis due to S. aureus as those who did not take aspirin.(10) If aspirin use results in lower iron stores, which it does, then reduced iron is a potential mechanism of action here.

Bacteria have been consistently found in arteries of heart disease patients, and iron appears to be intimately involved, since bacteria need iron.(11)

Is infection involved in all cases of heart disease, i.e. is it the primary cause? I don’t think anyone can say at this point, but bacteria cause inflammation, a characteristic of arteries in heart disease. So bacteria are a potential candidate. They certainly don’t belong in arteries.

The topic of infections and iron is a huge one, and I could give many more examples of the role of iron in infectious disease. As with most things iron, this is a very under-appreciated topic. (Don’t bother asking your doctor, in other words.)

It’s clear that iron plays a substantial role in infections, and that withholding iron from pathogenic microorganisms is both a normal function of the human body as well as a promising medical treatment.

Keeping iron levels low could go a long way toward keeping you free of infections. A commenter left this comment just the other day:

Also, I’ve donated blood twice since last November and eliminated a mild case of foliculitis that I’ve been dealing with for over 12 years. No antibiotics whatever. It’s gone.

He’s had folliculitis for 12 years, never been able to get rid of it, and after donating blood it went away. An anecdote, to be sure, but it could be that he starved the bacteria causing his problem of their iron.

For older people, could keeping iron low reduce the plague of urinary tract infections, pneumonia, and sepsis? Unknown at this point, but I wouldn’t bet against it.

PS: For more on this topic, see my book, Dumping Iron.