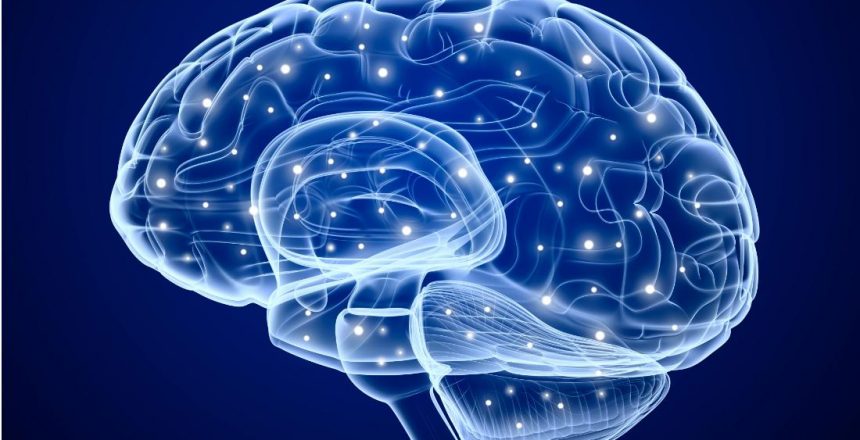 In a mouse model of Alzheimer’s, increased iron coincides with plaque formation, a cardinal sign in that disease; this provides some evidence that iron is causative of plaques.(c)

Does iron lead to cognitive decline, dementia, and brain shrinkage, all on its own? It appears so.

The amount of iron in certain parts of the brain can predict the amount it shrinks over time:
“Striatal Iron Content Predicts Its Shrinkage and Changes in Verbal Working Memory after Two Years in Healthy Adults.”(1)

The accumulation of non-heme iron in the brain has been proposed as a harbinger of neural and cognitive decline in aging and neurodegenerative disease, but support for this proposal has been drawn from cross-sectional studies, which do not provide valid estimates of change. Here, we present longitudinal evidence of subcortical iron accumulation in healthy human adults (age 19–77 at baseline)… Thus, longitudinal evidence supports the notion that accumulation of subcortical iron is a risk factor for neural and cognitive decline in normal aging.

Another study by the same group examined iron in the brain region known as the putamen, and found that “accumulation of iron in the putamen predicts its shrinkage in healthy older adults”.(2)

Since the subjects in these studies were followed over time, it appears likely that increasing iron in the brain was at least partially and maybe wholly responsible for shrinkage in brain volume and cognitive decline.

It’s important to note here that the type of iron that was detected was non-heme iron. Heme is an iron-binding co-factor found in hemoglobin, cytochromes, and other proteins that use iron to catalyze reactions, such as carrying oxygen.

Ferritin is a non-heme protein which doesn’t use iron but merely serves as a storage vehicle.

This is important because free iron, which is iron not bound by ferritin, is the major generator of free radicals (especially the hydroxyl radical, the most damaging type). The measurement of non-heme iron would include both free iron and ferritin.

So it appears that increased amounts of ferritin, the supposedly safe storage form of iron, can lead to damage, in this case in the brain.

In this situation, ferritin can be likened to a stick of dynamite, which is safe if kept away from heat and flames. That doesn’t mean that you want to keep dynamite lying around your house. Similarly, you don’t want to keep a bunch of ferritin lying around in your brain, ready to release free iron into it because of some untoward cellular event.

How does this brain iron accumulate, and who gets more of it? Another way of looking at it is, who gets dementia, or Parkinson’s?

One study found that obesity and insulin resistance are associated with increased brain iron and worse cognitive performance.(3) This makes sense when you recall that Alzheimer’s disease, which is characterized by accumulation of iron (among other things), has been referred to as type 3 diabetes.

All of this leads one to speculate that the (main?) reason that obesity and diabetes cause damage is because they lead to iron accumulation.

Iron is a reactive metal which, unless it’s locked down in the ferritin molecule, generates the dangerous hydroxyl radical, the most damaging of all the free radicals. This is why iron is such a leading candidate for a role in aging and disease: no other element, except perhaps oxygen, is as capable of causing cellular damage, leading to oxidative stress and inflammation, both prominent processes in aging and disease.

We’ve already covered what to do to keep iron levels in the low normal range, which is where you want them.

Use of an iron chelator cut the rate of progression of Alzheimer’s by half.(4) Phlebotomy (bloodletting) lowers body and brain iron stores and has been proposed as a treatment for this disease.(5) I know if I were suffering from it, or from Parkinson’s, I would want this treatment – along with a ketogenic diet, MCT oil, vitamin D, magnesium, and a few other supplements.

Preventing the accumulation of excessive iron in the first place will go a long way toward preventing these diseases of the brain and a decline in brain function.