Iron the primary driver of aging? 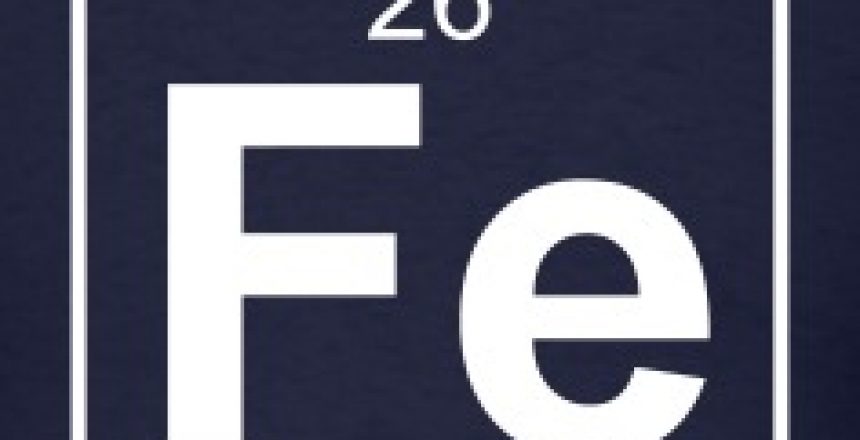 Not long ago I wrote an article about how iron accumulation, that is, body stores of iron, could be an important cause of the maladies of aging. I set forth quite a bit of evidence in that article, but I’ve been revisiting this topic and am becoming more convinced that excess iron may be one of the most important drivers of aging. This article will set forth further evidence.

First of all, to see how iron could be important to aging, we need to ask what aging is. Aging is a loss of homeostasis such that the organism is unable to bring its biochemical and physiological systems into proper balance. Aging means that rejuvenation and repair of systems, so important to maintaining health, deteriorate. Rates of disease increase with age, as the organism cannot repair its systems nor fight off infections and cancer as well.

In aging, we see a progressive increase in inflammation, oxidative stress, mitochondrial dysfunction, and a loss of autophagy intensity. These processes normally rise and fall together, so that an improvement or deterioration in one means the same for the others. One reason I’ve emphasized autophagy so much on this blog is because simple interventions like fasting and certain supplements can readily increase autophagy to youthful levels, leading to an improvement in all aspects of aging.

Could iron be the cause of these important aspects of aging? I believe that they could.

Consider insulin resistance, which increases with age and is strongly related to many disease states, including heart disease, cancer, and sarcopenia (1), not to mention diabetes. Insulin resistance features elevated levels of inflammation, oxidative stress, mitochondrial dysfunction, and decreased autophagy, making it an archetype of aging.

In men, a high serum ferritin, >300, was associated with a 5-fold increased risk of being diagnosed with diabetes.(3)

Many of these studies control for body mass index (BMI), but consider that visceral and subcutaneous fat both also correlate with ferritin.(4)

Metformin is a drug commonly used to treat diabetes, and in contrast to other diabetic drugs, actually extends lifespan in lab animals.(5) There have been suggestions that diabetics treated with metformin may actually live longer than non-diabetics without metformin, leading to the idea that metformin is a true anti-aging drug. Some people are now taking metformin for the purpose of lifespan extension.

How does metformin work? In a cell culture model in which metformin protects against damage from chemotherapy, it was found that the mechanism is restoration of iron homeostasis.(6) Without going too deep into the biochemistry, the body keeps iron under tight control, and metformin restores that control.

Metformin is also effective on non-alcoholic fatty liver, and the mechanism may be decreased iron absorption.(7)

The Mediterranean diet has been extolled because those living around the Mediterranean have much lower rates of heart disease than elsewhere. There are many confounding factors, however, including red wine, sunshine (vitamin D), social patterns, etc.

Could iron levels have anything to do with better health in the Mediterranean? Yes. A study was done to look at markers of oxidative stress in men in Crete versus men in the Netherlands (Zutphen).(7) Men in Crete had half the level of ferritin in their blood than the men of Zutphen, 69.8 vs 134.2. This data point might be able to account completely for the difference in health between the two populations.

The Cretan men may have lower serum ferritin through less consumption of red meat and through drinking of red wine; iron fortification of food could play a role (not sure whether they do that in Crete), as well as a diet high in fiber, which inhibits iron absorption.

Iron is involved in the pathology and toxicology of everything

A scientist by the name of Douglas Kell, who is at the University of Manchester in England, has written a magnum opus of an article on how iron could be involved as a central mechanism in the pathology and toxicology of nearly everything: “Towards a unifying, systems biology understanding of large-scale cellular death and destruction caused by poorly liganded iron: Parkinson’s, Huntington’s, Alzheimer’s, prions, bactericides, chemical toxicology and others as examples”.(8)

Growth hormone is the focus of much study in aging, as it appears to promote aging. Calorie restriction, which reliably increases lifespan in animals, is thought to work at least in part by lowering levels of IGF-1, which is produced in the liver by the action of growth hormone; prolonged fasting also lowers IGF-1 levels. (For more, see Fasting-mimicking diet slows aging.)

Of interest here is the hormone hepcidin, which was discovered only 15 years ago.(9)

Hepcidin, a peptide hormone made in the liver, is the principal regulator of systemic iron homeostasis. Hepcidin controls plasma iron concentration and tissue distribution of iron by inhibiting intestinal iron absorption, iron recycling by macrophages, and iron mobilization from hepatic stores.… Synthesis of hepcidin is homeostatically increased by iron loading and decreased by anemia and hypoxia. Hepcidin is also elevated during infections and inflammation, causing a decrease in serum iron levels and contributing to the development of anemia of inflammation, probably as a host defense mechanism to limit the availability of iron to invading microorganisms. At the opposite side of the spectrum, hepcidin deficiency appears to be the ultimate cause of most forms of hemochromatosis, either due to mutations in the hepcidin gene itself or due to mutations in the regulators of hepcidin synthesis. The emergence of hepcidin as the pathogenic factor in most systemic iron disorders should provide important opportunities for improving their diagnosis and treatment.

Hepcidin controls iron levels through raising and lowering the amount that is absorbed from the gut. It bears repeating that the body has no way to rid itself of excess iron; it can only detect when iron levels are sufficient and then decrease its rate of uptake from the gut.

It turns out that growth hormone decreases hepcidin, and prolonged fasting increases it.(10)

What I’m saying here is that the effects of fasting on aging (slowing it) and the effects of growth hormone on aging (accelerating it) may be completely explainable by their respective effects on iron levels. Exercise even has an iron component to its healthful effects: it increases hepcidin.(11)

If that sounds outrageous, consider that we know that excessive levels of iron (ferritin) are a major risk factors for all of the diseases of aging, whether heart disease, cancer, dementia, even sarcopenia. We also know that growth hormone (through its influence on IGF-1) and fasting are reliable interventions in aging, one promoting it, the other decreasing it.

Therefore iron may be a major mechanism of aging, and could be added to Douglas Kell’s list above.

Obviously iron is not the only promoter of aging, since even with a low ferritin level, you won’t live forever. But the fact that is accumulates throughout the lifespan, correlating with chronological age, and that it can induce oxidative stress, insulin resistance, inflammation, and mitochondrial dysfunction, is highly suggestive. It appears that excess iron, by promoting the production of lipofuscin, also reduces autophagy.(12)

Gordon Lithgow of The Buck Institute for Research on Aging agrees.

“We fed iron to four day-old worms, and within a couple of days they looked like 15 day-old worms,” said Lithgow. “Excess iron accelerated the aging process.” Lithgow says excess iron is known to generate oxidative stress and researchers expected to see changes in the worm based on that toxicity. “Instead, what we saw looked much more like normal aging,” said Lithgow. “The iron was causing dysfunction and aggregation in proteins that have already been associated with the aging process. Now we’re wondering if excess iron also drives aging. ”[…]

Lithgow says the work has implications for the aging research field. “Maintaining the proper balance of metals is key to good health throughout the lifespan, and it’s pretty obvious that this delicate balance can go off-kilter with age,” he said. “This is a phenomena that has not been extensively studied by aging researchers and it’s an area that has potential for positive exploitation.”

Is iron the primary driver of aging?

When I recently checked, my ferritin level was 137, which is too high, so I’m interested in lowering it. Blood donation or therapeutic phlebotomy are the best ways to lower iron stores, since 70% of body iron is contained in red blood cells.

It’s not hard to find advice about iron levels, and yet, as part of a standard anti-aging program, I’ve never seen it recommended to keep them in the low normal range. It could be one of the most important anti-aging interventions available.