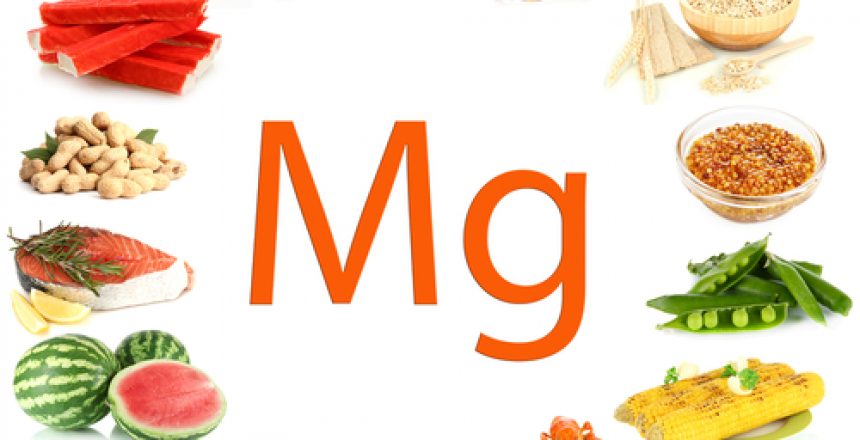 Magnesium is a mineral (a metal) that the body requires for over 300 different biological reactions, and in fact virtually every living organism requires it. While we ingest magnesium in food, the evolutionarily recent upsurge in processed food consumption means that many people are magnesium deficient, which can have dire consequences. Adequate dietary magnesium lowers death rates.

Many studies have looked at the relation between magnesium and health, so a recent meta-analysis (analysis of other studies) reviewed 40 different studies that used a total of over 1 million people: Dietary magnesium intake and the risk of cardiovascular disease, type 2 diabetes, and all-cause mortality: a dose–response meta-analysis of prospective cohort studies. A prospective cohort study collects various data on a group of people at one point in time, and then follows them for a period of time to see what happens to their health.

The study found no relation between cardiovascular disease and magnesium intake, which the authors felt may be due to a limited number of studies in their analysis.

The study did find a lower incidence of stroke, heart failure, type 2 diabetes, and all-cause mortality.

Specifically, each 100 mg per day increment in magnesium intake was associated with risks of 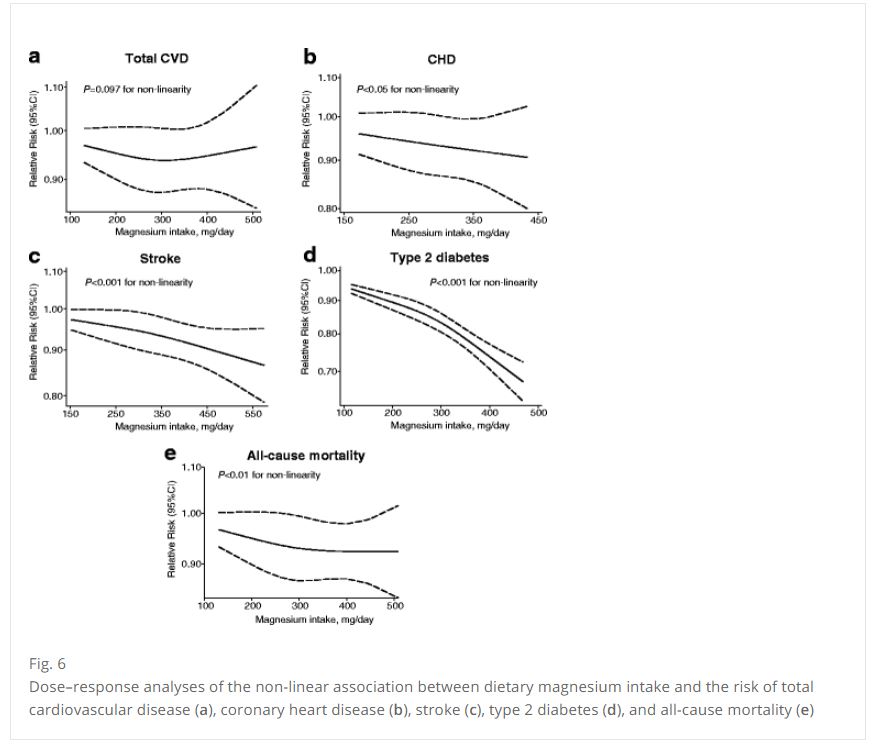 Among U.S. adults, 68% consumed less than the recommended daily allowance of magnesium, so the relation of magnesium to health is not a trivial matter.

Note that all of the above is based on association, and causality is not proven. But given the benefits of magnesium supplementation, we have good reason to believe that increasing magnesium intake will benefit health.

How to get more magnesium

If you consume more magnesium, you could save yourself from a number of health problems, not to mention an early grave. The Recommended Daily Allowance (RDA) for magnesium is 420 mg for men and 320 mg for women.

People normally have about 22 to 26 grams of total magnesium in their bodies, which shows its great importance – compare to iron at about 3 to 4 grams.

Magnesium is lost on a daily basis via normal excretion, including sweat and urine. Alcohol consumption can cause greater-than-usual loss of magnesium.

Foods that are high in magnesium include leafy greens such as spinach, as well as cocoa, nuts, and beans. This could be an important reason that chocolate and nuts have been found to have health benefits.

Hard water used to be an important source of magnesium, but is less so now since fewer people drink it. Drinking hard water is associated with lower rates of sudden cardiac death.

Personally, I take 200 mg of magnesium as a supplement daily. Different types of magnesium have widely variant rates of absorption, and it’s been consistently shown that magnesium citrate is most bioavailable. (Here’s the brand I use.)

I take a magnesium supplement for insurance. It’s that important.