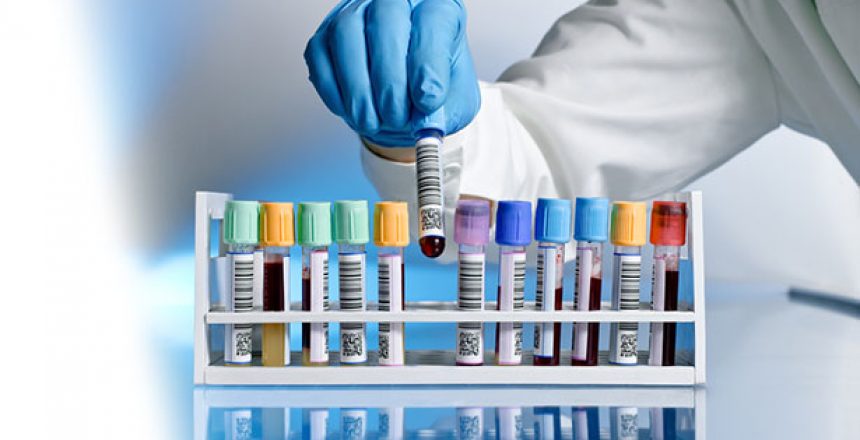 When you visit the doctor, whether for a checkup or an illness, he or she will often order a number of lab tests. Panels are common tests that consist of bundles of separate tests, the complete blood count (CBC) and chemistry panels being the most familiar and commonly ordered. A urinalysis is also very common. Virtually everyone who has any sort of complaint that is not easily figured out will get all of these. However, there are other lab tests men need but don’t get, and these must be requested. Even more important, normal lab values are for fat, sick people.

The CBC can determine whether the patient has an infection, whether he’s anemic or has too many red blood cells – this happens and sometimes occurs with testosterone replacement therapy. It can tell whether the patient has leukemia, iron deficiency (but not iron overload), whether any bleeding might be due to low platelet count, and even if anemia is present, what might be causing it, for instance iron vs a B12 deficiency.

The chemistry panel provides information on electrolyte balance; for example, a patient with vomiting and diarrhea could have dangerous imbalances of sodium and potassium in the blood stream. It can tell whether the patient has liver problems, for instance cirrhosis or hepatitis or fatty liver. Muscle and bone disorders also often show up in a chemistry panel, as does protein malnutrition, infection, and many other things.

However, lots of other lab tests exist that can be important, yet the doctor won’t order them. The reason are at least two: most doctors are oriented toward acute care medicine and won’t order tests that don’t seem to be essential to a diagnosis. Insurance companies are the same, and may not pay for tests outside a certain diagnoses. To use an extreme example, if you go to the doctor complaining about a fungus-infected toenail, he and the insurance company may be uninterested in your complete blood count.

The doctor also may not order certain tests because he either doesn’t know about them or doesn’t care. Back when I was seeking treatment for chronic fatigue, my doctor ordered a test for glutathione, the result of which proved to be a breakthrough. My bet is that most doctors have never heard of it, or if they have, it was in medical school and they’ve forgotten. Glutathione just doesn’t figure much into the clinical practice of medicine.

As for not caring, a ferritin (iron) level might be a good example. If you don’t have any signs or symptoms that might lead a doctor to suspect either iron deficiency anemia or hemochromatosis, he’s probably not going to care a whole lot about it. On this blog, however, we know better that ferritin can be critical for health, even when it’s within the so-called normal range. (By the way, the doctor of a friend of mine recently assured her that there was no health benefit to blood donation. That’s how they roll.)

So, let’s say you go to see your doctor, either for something minor or for a checkup, what other tests can be useful? Most doctors will probably at least order a test if requested, though even then they resent a patient who looks like he knows more than the doctor.

Many people have asked me about laboratory normal ranges, which are stated values that the lab has found are indicative of normal, good health. For example, a ferritin test may have a normal range of from 20 to 300 ng/ml for a man, 20 to 150 for a woman.

Each lab calculates normal ranges based on the population it serves and its particular test methodology and instrumentation. Different instruments and populations give somewhat different results; for instance, normal ranges for a hemoglobin level in Denver may be higher than for elsewhere, since Denver is at high altitude, and a higher hemoglobin level is an adaptation to altitude.

Normal ranges are calculated such that 95% of apparently healthy people have values that fall within the normal range.

The catch here is “healthy”. We all know how healthy most people are: they’re overweight, eat processed crap, and don’t exercise. If you want to be like them, then by all means let the normal lab values be your guide.

If you care about your health, you must take the normal ranges with a large grain of salt.

The normal range for a blood glucose level is from 70 to 99. But you’re not normal if your blood glucose is consistently at the higher end of that range; if it is, you might have metabolic problems that are a prelude to diabetes.

An oral 2-hour blood glucose test determines the value of glucose 2 hours after drinking a glucose-loaded solution. Normal range is <140 mg/dl (7.8 mmol/L). Yet the Whitehall Study found that any glucose value above 83 (4.6 mmol) was associated with greater risk of coronary heart disease. Take a look at the chart below. The highest level had 10 times the risk (log hazard ratio >1) of the lowest values.(1)

If you had an oral glucose tolerance test like the above, your doctor very likely won’t care unless your result is very high. I can guarantee that most doctors have never heard of the Whitehall Study and know next to nothing about the relationship between “normal” glucose tolerance test values and risk of heart disease.

What’s even worse is that most doctors will not even take a second glance at a lab value that is within the normal range and not flagged by the lab as abnormal.

That means that if you’re not satisfied with the average health of the average person, you must take charge. Unless you know something about glucose, GGT, and other tests, and they fall within the normal range, your doctor will in most cases do absolutely nothing.

Ferritin levels are another example. If you’re a man and your ferritin level is 250, your doctor may not even glance at it, since it’s not flagged as abnormal, and he or she will do nothing. Yet a ferritin of 250 is far too high for optimal health.

Valuable lab tests that you can request

Here are some suggested lab tests that do not routinely get ordered but for various reasons might be worth your while to request.

This one is obvious. The doctor will only order this on his own if he thinks you have symptoms that can’t be explained any other way than low (or conceivably, high) testosterone.

But those of us who take care of our health and fitness want optimal levels of testosterone, not just something within the very wide normal range.

In my opinion, every man ought to have a handle on what his T level is, whether he has symptoms or not. That might necessitate having a testosterone test every few years. To get one, you’ll probably have to ask for it.

Estradiol is the main and most potent estrogen in men. This test probably isn’t necessary if you are without symptoms of T deficiency, but if you do have symptoms, this is important. I have mine tested as part of my treatment with an aromatase inhibitor, and if you want or need a scrip for one, you’ll be getting this test.

We’ve discussed ferritin a lot around here lately. In my opinion, everyone should know what his ferritin level is. The laboratory normal range is from 20 to 300. A better suggested range for those interested in life extension might be 40 to 80. Within that range, one is unlikely to have problems from too little or too much iron.

The only way to tell if you’re vitamin D levels are adequate is through a blood test. Fortunately, more doctors have become aware of vitamin D and are ordering this test more often.

This test won’t be necessary for routine use for people in decent health. But if you suffer from unexplained illness or fatigue that doesn’t show up on any other lab tests, this may be of value, and most doctors won’t order it. Most labs don’t perform it either, so you’ll need to go out of your way to get one. Abnormal values are indicative of oxidative stress.

Laboratory normal values are designed for fat, sick people, in short, the average person in this country. If you’re the kind of person who takes charge of his health and wants to live a long time, you must be aware of lab normal ranges; do not think that you are necessarily healthy just because the lab hasn’t flagged your result as abnormal.

Other tests can be valuable, tests that your doctor probably won’t order unless you ask.