The Normal Values for Testosterone and Why They Matter 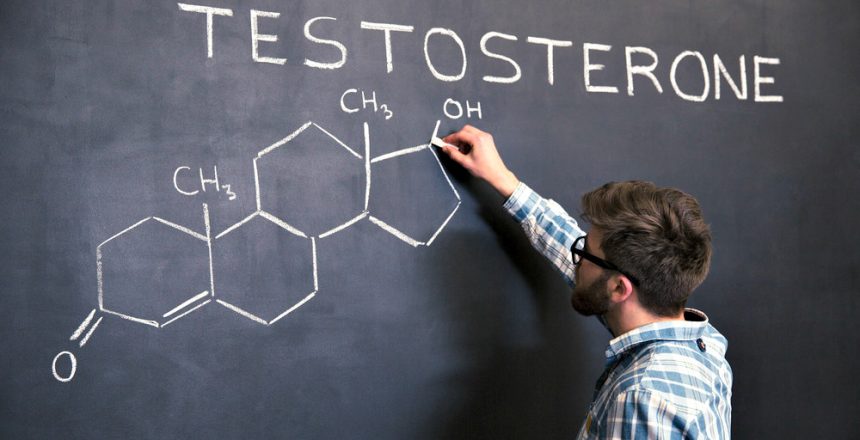 If you get a lab test for testosterone, the hormone that gives men their distinctively male characteristics, your result will be accompanied by a “normal range” (or “normal values”, or “reference range”, all the same thing), which allow you and your doctor to see where your test result fits in relation to other healthy men. Normal laboratory values are very important for medical decision making, so anyone changing them should have good reasons for doing so. The biggest clinical laboratory in the U.S., LabCorp, recently changed its normal values for testosterone, which has implications for anyone getting tested. Hence this article on the normal values of testosterone and why they matter.

Labs are lowering the reference range for testosterone

LabCorp changed its reference range for testosterone from 348-1197 ng/dL to 264-916 ng/dL. Note that the entire range has been shifted lower. The company explains their reasoning and says the downward shift reflects two changes: 1) a new CDC standardization for the method used to assay testosterone (since different labs may use different methods, giving somewhat varying results), and 2) the new range “reflects a difference in average subjects with higher BMIs”.  Reason number 2 is the most important for our purposes.

The new range comes directly from a recently published paper, “Harmonized Reference Ranges for Circulating Testosterone Levels in Men of Four Cohort Studies in the United States and Europe“.

Normal values are constructed such that 95% of apparently healthy people have values within that range, and the present paper is no different.

But it depends on what you mean by healthy. The paper uses values for men age 19 to 40 with a body mass index (BMI) of < 30, i.e. “healthy non-obese” men. Since it’s been found that obesity in men is associated with lower testosterone levels, they looked at only non-obese men.

However, it’s obvious that “non-obese” doesn’t mean “healthy”. Anyone with a BMI of ≥ 25 is considered overweight, and many men with a BMI less than that have high body fat, a more accurate measure of health risks. (A few, very muscular men may be normal at a BMI of 25 or more, but they’re a small fraction of the population.)

Basically, around 80% of the population has excessive body fat, which is a prime contributor to excessive aromatase activity, which lowers testosterone.

Normal lab values are constructed from the results of fat, sick people.

Do you want to compare yourself to them? I know I don’t.

Secular decline in testosterone and the obesity epidemic

We can only speculate on the causes of the decline. Obesity has been suspected, but much of the decline remains even when it’s been accounted for. Other causes might be environmental chemicals, less smoking (nicotine inhibits aromatase), processed garbage food (think soy and sugar), and others.

Whatever the cause, it’s clearly happening, and so much so that laboratories are lowering their normal ranges to account for it. Then, when you get tested, they compare you to a group that includes many overweight, unhealthy men who don’t exercise and eat bad food.

Since LabCorp is the largest clinical laboratory in the country, their decision reverberates to other labs, as well as to doctors and even insurance companies.

If you go to a doctor for evaluation of your testosterone levels, you may not get any treatment unless your test has a value less than 264 ng/dL, because that’s “normal”.

Insurance companies may refuse to pay, even when a doctor is willing, because you don’t technically have low testosterone.

Most unsuspecting men (for instance, those who don’t read this) will just accept their results at face value. If their testosterone comes in at, say, 300, they’ll consider the case closed and that whatever the symptoms they have must come from elsewhere.

Solution: get educated, and don’t compare yourself to fat, sick people.

Ultimately, for any test or for any treatment your doctor proposes, you simply must educate yourself enough to be able to evaluate them yourself.

To be uneducated in health matter is to leave yourself at the mercy of an increasingly impersonal, profit-oriented medical system that doesn’t care about you. The days of your kindly family doctor are over.

Don’t be fooled that being healthy just means being less sick than normal.

Because normal people are fat and sick, they don’t exercise, and are at high risk of diabetes, heart disease, cancer, and a host of other diseases.

Normality today means obesity, depression, SSRIs, statins, sugar, and soy. Not to mention no sense of purpose and 7 hours a day watching television.

The same study cited above found that 5% of men in from age 80 to 89 had testosterone levels above 897 ng/dL. These men are likely healthy and fit, and I call attention to this fact to show that decline isn’t necessary if you actively fight it.

Compare your health, your test results, and your progress only to truly healthy people and to your former condition.