Preventing muscle loss and infections in the hospital 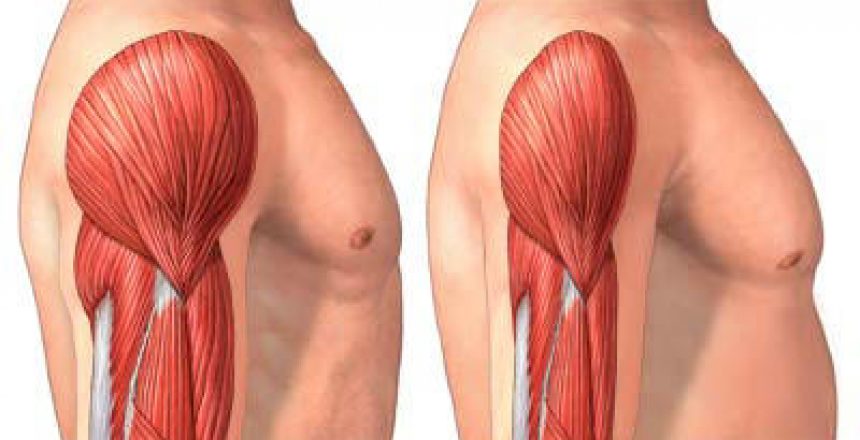 Preventing muscle loss and infections in the hospital

When people are hospitalized and/or bedridden, they can lose muscle mass at an alarming rate. In one study, healthy older adults lost one kilogram of muscle mass from the lower extremities alone with 10 days of bed rest; undoubtedly total muscle loss including the upper body was much higher. This loss “was associated with large reductions in strength, aerobic capacity, and amount of physical activity.” The muscle loss appears to be due largely to decreased muscle protein synthesis.

This high degree of muscle wasting was in healthy people; in the sick elderly, muscle loss could be much worse, and even more so if they are confined to bed for longer than ten days.

This degree of muscle loss is serious business in the elderly, especially so if they are already ill. It’s going to take them a long time to rebuild that much muscle, and in the meantime, the loss may seriously compromise their recovery, and even send them into permanent nursing home residency due to frailty.

The dismal state of hospital nutrition

The muscle loss due to being bedridden is compounded by the dismal state of hospital nutrition. A study published in the BMJ examining the nutritional status of hospitalized patients found that:

Seems clear enough that in the area of nutritional care, many hospitals are falling down on the job. They do not understand protein nor the importance of muscle loss, and this seriously impacts the health of their patients.

On the other hand, they still care very much about making sure that their patients don’t get enough saturated fat and cholesterol.

Besides muscle loss, inadequate nutrition leads to a high rate of infections in the hospitalized elderly, and provision of protein and/or amino acids can cut the infection rate dramatically. In 2011, the CDC reports that there were 721,800 hospital-acquired infections in the U.S., and that 1 in 25 hospital patients acquired an infection during their hospital stay. You can bet that the average age of the infected patients tends toward the old side, so my guess would be that among the elderly, the odds of getting an infection in the hospital are greater than that.

Another recent study found that trauma patients who received a formula that included whey protein, along with arginine and omega-3 fats, had a nearly 2/3 lower rate of infections along with better nitrogen balance, meaning that muscle loss was lower.

While the statistics are bad enough, above all you don’t want it to happen to you or anyone in your family.

Albumin levels associated with disability and death – and fixed with protein

In addition to infections and muscle loss, the level of serum albumin is an important indicator, or even cause, of disability and death. Patients with clinical hypoalbuminemia, that is, low levels of serum albumin, had from double (in men) to four times (in women) the risk of death. Albumin is quantitatively the most important protein in blood serum, and its level is strongly responsive to the amount of dietary protein.

Many geriatric patients in long-term care have low levels of albumin. The thing is, this seems to be just accepted as part of being elderly or in the hospital. Facts suggest otherwise.

Albumin synthesis has been shown to be completely unaffected by age. It is instead related to the amount of dietary protein. This makes sense, since albumin itself is a protein.

It seems very likely that low albumin levels in older people, whether they are hospitalized or not, may be due in large part to protein intake that is too low.

And it’s no wonder – hospital food is abysmal. To give you an idea of just how abysmal, consider a 2012 article from Today’s Dietitian called “The State of Hospital Nutrition”. A simple control-f reveals that the word protein is completely absent from the article. A 1996 article from The New England Journal of Medicine, The Nutritional Value of University-Hospital Diets is very concerned with levels of saturated fat and cholesterol, but once again, there’s no mention of protein whatsoever.

On the other hand, hospital diets are loaded with sugar and other simple carbohydrates. A sample menu from Henry Ford Hospital in West Bloomfield, Michigan, has breakfast choices such as granola with bananas and skim milk; oatmeal with brown sugar; and fruit smoothies. (To be fair, they do also serve omelets and scrambled eggs.) Lunch and dinner again feature fruit smoothies, fettuccine, chocolate cake, and bread – again, to be fair, there’s meat on the menu, albeit served with honey yogurt relish.

Oh, I forgot… they also serve cinnamon buns for breakfast. Nothing like spiking your blood sugar and insulin when you’re 85 and just had a heart attack.

In short, the meals are high-carbohydrate and loaded with sugar, and neither protein nor healthy fats are emphasized. This is a high-end hospital; I think we can assume that elsewhere, it’s worse.

Given the serious nature of muscle and albumin loss and infections due to malnutrition for elderly, hospitalized patients, if you want yourself or your loved one in the hospital to recover fully and quickly, attention must be paid.

When my elderly family member recently did a stretch in a convalescent hospital, one that had the same abysmal type of food described above, and my family member was having trouble eating because of lack of appetite, I wanted to be sure that she did not lose muscle and was not subject to infections while there. Therefore she needed a jolt of protein and all around better nutrition.

This is what I made and then ensured she had at least once a day, twice when I had time:

Put it all into a blender, a “NutriBullet” in this case, blend well, and off you go.

Whey protein is of course not only great for retaining and building muscle and overcoming anabolic resistance, but it’s also the optimal protein for increasing levels of glutathione, which is important for everyone in avoiding oxidative stress, and even more so in the ill. I had the casein powder at home so I threw that in for extra protein – the effect of whey maxes out at about 20 grams a serving, and casein stays in the system longer. The vitamins and minerals were to help speed healing in the face of hospital food.

While I have a standard disclaimer on the sidebar, I’ll repeat here that the above is not intended to diagnose or treat any illness, and you should check with your doctor before taking this or giving this to anyone. In this particular case, it appeared that none of the doctors could have cared less what I was feeding her.

P.S.: The chemical stew that the medical world calls a nutritional supplement

It also contains a miserly 9 grams of protein, is 58% of calories as carbohydrate, and has 3 grams of omega-6 fats. Pathetic.

Do you really think these ingredients are optimal for the undernourished and/or ill? It’s a stew of industrial food, sugar, and chemicals.