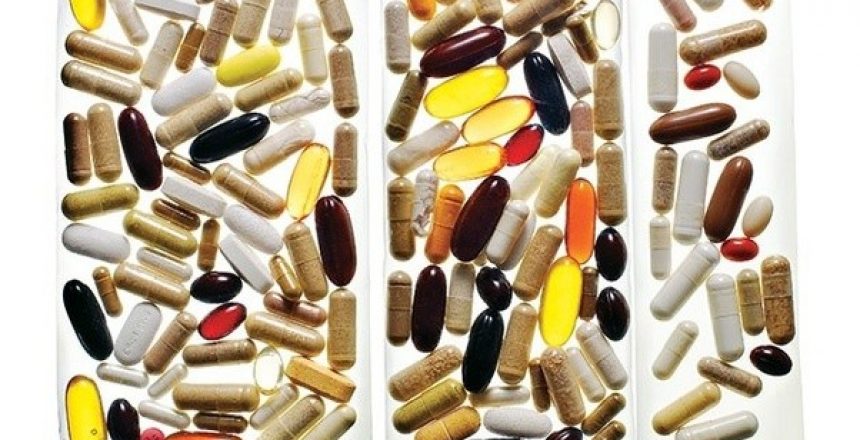 Ray Kurzweil (b. 1948), is a noted computer scientist, futurist, and author of a number of books, most notably The Singularity Is Near, in which he states his case for a scenario of the future so technologically advanced that it’s literally beyond imagination. In part, according to him, the singularity will result in humans living longer than ever, perhaps hundreds or thousands of years; in order to reach that point in which technology allows such extended human lifespans, we must practice anti-aging regimens now. And Kurzweil does this. He allegedly takes as many as 77 different supplements for anti-aging and health purposes. Here’s why Ray Kurzweil’s supplement stack is the wrong approach to anti-aging. [i]

Here’s a partial list of the supplements he takes:

While Kurzweil’s supplement regimen allegedly costs thousands of dollars a day, he can probably afford it. The real questions that arise are:

To answer these questions, we need to know what they do.

On the list, several are polyphenols, and as we saw in the section on too many polyphenols, it’s possible he could be taking too much and/or the supplements overlap in mechanisms and they’re not all necessary. Doses are not listed in the sources I’ve seen, but in that group, grape seed extract, resveratrol, curcumin, green tea extract, and quercetin are all polyphenols and have many overlapping effects.

Furthermore, Kurzweil eats a high-polyphenol diet, reportedly including raspberries, blackberries, dark chocolate, and green tea. If that’s typical for his food, Kurzweil may have a polyphenol intake, including supplements, of many thousands of milligrams daily. There’s a tremendous lack of knowledge whether that amount of polyphenols is either necessary for health, or even harmful to health. Kurzweil wants to live longer to take advantage of future anti-aging medicine and technology, which implies that he wants either a guarantee or a reasonable shot that his regimen will work. But there could be a good chance that his regimen is harmful, tipping on to the far side of the hormetic J-curve into toxicity.

Kurzweil also takes a statin drug, Lipitor, which probably does more harm than good. His cholesterol is reportedly around 100 mg/dl, a value so low that it endangers his health. Higher cholesterol is associated with longer life.[ii] Low cholesterol, below 160 mg/dl, is associated with violence, suicide, and cancer.[iii] Besides lower cholesterol, statins have all kinds of nasty side effects, such as muscle pain and memory loss, which isn’t surprising, since cholesterol is a necessary and vital component of cell membranes. Statins aren’t even very effective at preventing heart attacks. In this matter, Kurzweil adheres to some very old-style thinking on the cause of cardiovascular disease; insulin resistance likely plays a huge role, and lowering cholesterol does little if anything.

Kurzweil doesn’t appear to take magnesium or zinc. Both are powerfully involved in anti-aging and are arguably much more important than many of the other supplements he takes.

You have to get your theories of aging right in order to effectively fight aging. Science has found a number of good theories and measures as to what promotes aging or counteracts it; calorie restriction stands, for now, as the archetype of an anti-aging intervention. Fewer calories, or substances that mimic the physiological processes that occur with fewer calories, offer the best shot at counteracting aging. Given our relative paucity of knowledge on the realities of preventing or reversing aging, however, it doesn’t make much sense to use a shotgun approach like Kurzweil has, in my estimation. As we’ve noted, some of these may be counterproductive or harmful. Just as in medicine, the first objective in fighting aging should be to do no harm.

We could mention a few more items on Kurzweil’s list that might do harm. A multivitamin may contain iron, copper, and calcium, which are on my list of supplements not to take. He does take aspirin, in his case likely a good thing, but I won’t bore the reader by going through the entire list. Many of them strike me as ineffective at best.

The Pareto principle states that 20% of inputs cause 80% of outputs. Using this principle, it stands that each additional supplement does not add equally to the desired outcome, which is anti-aging and long life. So, even if you think Kurzweil’s approach is the way to go, if you found the top dozen or so supplements, you’d be effectively duplicating the longevity effect, even if that involves quite a bit of guesswork. Here are what I believe to be the most effective supplements on the list:

I have difficulty getting too excited about anything else on the list. Hopefully, Kurzweil also practices intermittent fasting and strength training, key interventions which I discussed in my book Stop the Clock: The Optimal Anti-Aging Strategy. Those interventions could make much more of a difference than at least half the supplements he takes, in my estimation.

Some supplements truly fight aging, but figuring out which ones they are from a long list isn’t always easy. Most – maybe all – of the supplements on Kurzweil’s list are backed by science, but have only a few animal experiments to their credit. Not all of them by any means have been shown to prolong lifespan in experimental animals. Besides, just because a supplement affects a certain physiological parameter doesn’t mean that it works via a unique biochemical mechanism. Many of the supplements on his list likely do the same things, so many of the supplements are superfluous. They either chelate iron, deactivate mTOR, increase insulin sensitivity, or all of these at once.

Other interventions include keeping iron levels in the low normal range, intermittent fasting for maintaining autophagy at youthful levels, along with other key lifestyle factors like a good social life with lots of friends, a decent marriage, staying active, even going to church. Supplements can be important, and I wouldn’t have written an entire book about them if they weren’t, but don’t count on them alone to prolong your life. Neglect of the other factors would likely negate any advantage you get from them.

[ii] Ravnskov, Uffe, et al. “Lack of an association or an inverse association between low-density-lipoprotein cholesterol and mortality in the elderly: a systematic review.” BMJ open 6.6 (2016): e010401.