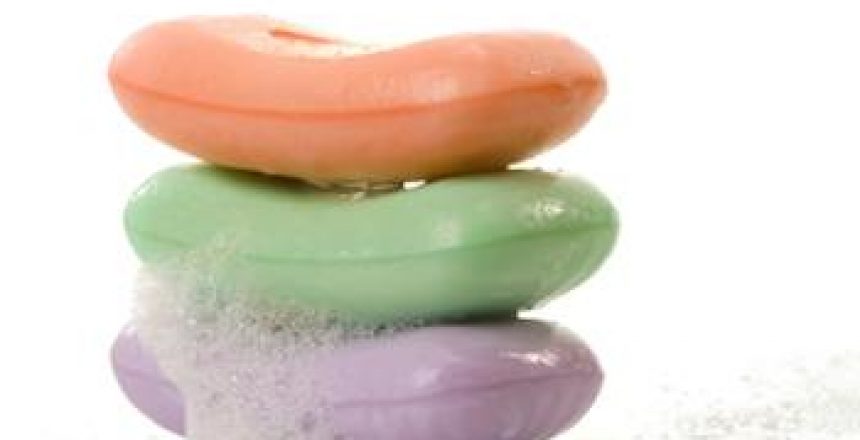 Ever since paleo hit the ground running, some of those in the movement have begun questioning other aspects of modern life that our paleolithic ancestors did not enjoy, and which might possibly have kept them healthier. For example, exposure to light and how it affects sleep and other aspects of health has come to attention; along with eating whole, unprocessed food and skipping the grains, we’ve begun to think about when and how often one eats that food.

Soap is one of those conveniences that our paleo ancestors didn’t have. Some people are following paleo to a logical conclusion and going without soap and furthermore are even coating themselves with beneficial bacteria.

Like many other parts of the body, such as the throat and the intestines, the skin has a microbiome, that is, a characteristic mix of bacteria that live on it. Science has been busy lately in uncovering all the ways that our indigenous bacteria affect our health, and has discovered that they affect it greatly, for example, they may predispose to or cure obesity, allergies, and chronic fatigue. Less is known about how our skin bacteria affects health, but it seems reasonable that they would, since we’ve evolved along with them and normally healthy people carry lots of bacteria on their skin. If antibiotics kill off normal intestinal bacteria and can worsen health, then quite possibly soap can derange our skin microbiota and also affect health for the worse.

Soap is basically a chemical for killing bacteria. Do we want massive bacteria-killing occurring every day when we shower? That seems unlikely.

While I haven’t gone so far as to give it up completely, I haven’t used soap or anything besides water on my face for many years, and results have been very good. For many years I suffered from adult acne, which is in some ways worse than adolescent acne, because at least when you’re a teenager people almost expect you to have it. When you’re middle-aged, not so much. (I figure if the late, great Seth Roberts could talk about his acne, then maybe I could.)

Ever since I stopped using soap on my face, no more acne. This obviously has something to do with the microbiome on my face becoming normalized. The main cause of acne is a bacterium called Propionibacterium acnes, so it could be that other bacteria are now out-competing them. Aside from that, the skin on my face looks much better now than before, with soap; it has a healthy glow and isn’t dry. (Worth noting is that I’ve also gone to a paleo diet, and I’m sure that has helped my skin also.)

The usual treatment for acne involves washing the face with strong soap, often with various antibacterial chemicals in it, sometimes several times a day. This obviously screws up the microbiome, the hope being that it kills off the bad bacteria. But it kills off all the bacteria. Going without soap on the face might be something worth trying if you suffer from acne.

Shampoo is a chemical stew that may be filled with endocrine disruptors. What this means is that if you’re a man, you don’t want the stuff on you, or at least you should be careful about choosing a type of shampoo that doesn’t disrupt your hormonal system.

I quit using shampoo years ago. On a number of other men’s sites, I’ve seen many declarations of non-use of shampoo. However, I wear my hair very short – the number one clipper blade – so going without shampoo presents no problem for me in keeping my hair clean. I just wash it with water in the shower daily. But if you wear your hair longer, I don’t know, you’d just have to try it if interested.

Another common habit that many men’s sites ascribe to is that of cold showers. And yes, I do that too. I used to take the type in which you get into a warm shower, then gradually turn it to cold. But for the past year or so I just step into cold water. It’s much better that way: it wakes you up with a blast of cold, and you leave it feeling invigorated. I recommend them.

However, is there any scientific evidence that cold showers do what those who take them say they do? Yes there is some, along with some speculation.

Cold showers cause a large increase in cardiac output, effectively making it a form of exercise, although the temperature of the water used was 2.5 degrees C., i.e. damn cold.

It’s been proposed that, with some evidence to back it up, cold showers may treat depression.

Exposure to cold is known to activate the sympathetic nervous system and increase the blood level of beta-endorphin and noradrenaline and to increase synaptic release of noradrenaline in the brain as well. Additionally, due to the high density of cold receptors in the skin, a cold shower is expected to send an overwhelming amount of electrical impulses from peripheral nerve endings to the brain, which could result in an anti-depressive effect. Practical testing by a statistically insignificant number of people, who did not have sufficient symptoms to be diagnosed with depression, showed that the cold hydrotherapy can relieve depressive symptoms rather effectively. The therapy was also found to have a significant analgesic effect and it does not appear to have noticeable side effects or cause dependence.

In this case, the proposal calls for a water temperature of 20 degrees C., which is about 68 degrees F. I’ve measured the temperature of my shower water on occasion, and 68 degrees is very doable, cold but not severe. My current showers are, I believe, colder than that.

What really got me on to to cold showers was a proposal by the same scientist that they might treat chronic fatigue. As I had chronic fatigue at the time, and I was leaving no stone unturned, I immediately started taking them.

This work hypothesizes that repeated cold stress may reduce fatigue in CFS because brief exposure to cold may transiently reverse some physiological changes associated with this illness. For example, exposure to cold can activate components of the reticular activating system such as raphe nuclei and locus ceruleus, which can result in activation of behavior and increased capacity of the CNS to recruit motoneurons. Cold stress has also been shown to reduce the level of serotonin in most regions of the brain (except brainstem), which would be consistent with reduced fatigue according to animal models of exercise-related fatigue. Finally, exposure to cold increases metabolic rate and transiently activates the hypothalamic-pituitary-adrenal axis as evidenced by a temporary increase in the plasma levels of adrenocorticotropic hormone, beta-endorphin and a modest increase in cortisol. The increased opioid tone and high metabolic rate could diminish fatigue by reducing muscle pain and accelerating recovery of fatigued muscle, respectively.

I don’t have chronic fatigue anymore, so maybe it worked, but in any case I need to do whatever it takes to prevent its return, so I continue to take cold showers. They’re good for what ails you.