Sun damage to skin is mediated by iron 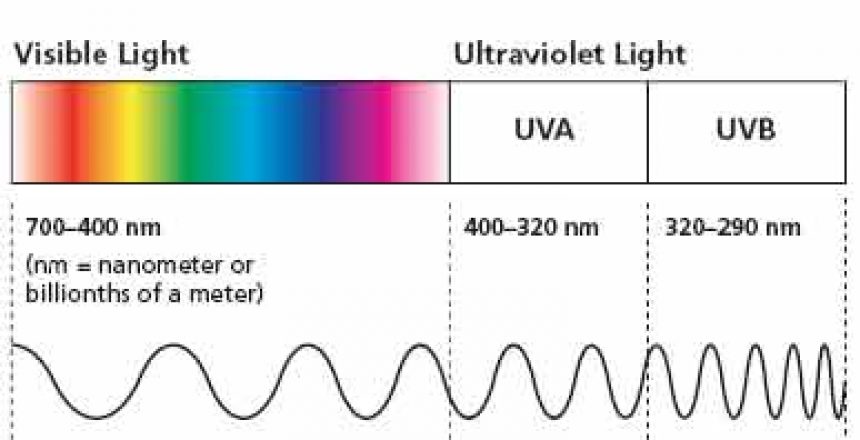 I recently wrote about how excess iron accumulates in the skin of older, post-menopausal women, and this may be the cause of wrinkled skin. This post extends that observation that sun damage to skin is mediated by iron.

Solar radiation damages skin, and can lead to wrinkles, other damage, and skin cancer. But what exactly is the mechanism of action here? If we know that, we can minimize or eliminate skin damage, that is aside from avoiding the sun.

Solar radiation has an ultraviolet component, that is, radiation that is not visible, and of shorter wavelength and higher frequency than visible light. Ultraviolet radiation has two components, UVA and UVB. UVA is less intense than UVB, but comprises 30 to 50 times more of the sun’s UV radiation than UVB. Both cause skin damage.(1)

Exposing the skin of hairless mice to sub-erythemal doses of UVB radiation causes an increase in free iron in the skin. By sub-erythemal is meant that the dose is not enough to cause redness, so this seems to be a low dose, very normal, of the kind encountered by a few minutes in mid-day sun.(2)

In human skin (same study), sun-exposed skin has greater free iron than non-exposed skin in the same person, so the release of free iron on sun exposure happens in people too.

In the mice, topically applied iron chelators – chemicals that bind iron and remove it – “dramatically delayed the onset of UVB radiation-induced skin photodamage. Non-chelating analogs provided no significant protection.” This shows that iron is one of the main causes of skin photodamage.

UVA radiation damages proteins and lipids in skin fibroblasts (precursor skin cells) in cell culture, and the use of iron chelators or added iron showed that iron is very important in mediating this damage.(3)

Another study showed that UVA radiation caused skin fibroblasts in cell culture to release free iron “within minutes”. The level of radiation was similar to natural exposure levels.(4) The researchers deduced that radiation causes proteolysis (dissolution) of ferritin, which is the body’s “lock-down”, safe-storage form of iron, and free iron was released to cause damage.

This result, that ferritin releases free iron upon exposure to solar radiation, is important, for it shows the way to prevent skin damage from solar radiation.

In iron-mediated damage, whether to skin, or the brain, the liver, or any other organ or tissue, free iron does the damage. This fact leads to the question of how lowering ferritin, the safe form of iron, can lead to better health. The reason it does so is that ferritin is vulnerable to damage, both by radiation and by oxidative events within the cell, the latter of which occur constantly.

By lowering ferritin, less is around to be damaged and to release free iron. This is why phlebotomy, which lowers ferritin, can prevent or treat disease, while free iron is the proximate cause of disease.

Keeping ferritin (iron) levels in a low normal range can help prevent skin damage from solar radiation, and will lower the risk of skin cancer too.

Here’s how to lower your iron.