The Most Important Lipid Panel Marker 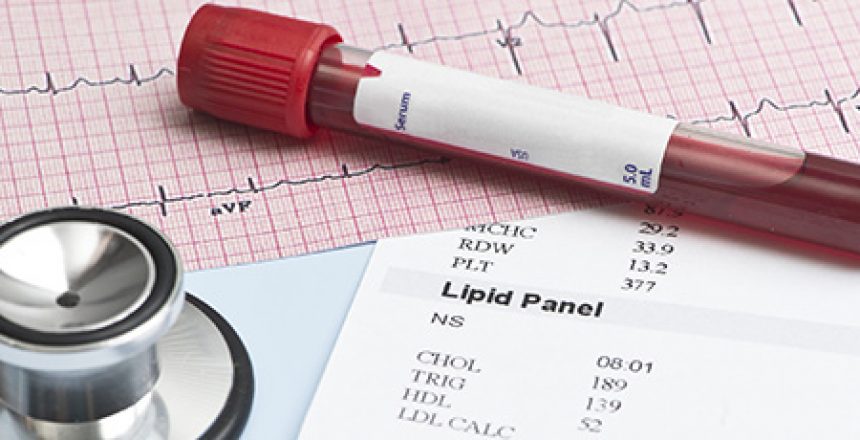 Many people regularly get tested for cholesterol, and the test usually includes other markers and is known as a lipid panel. There’s a lot of confusion about which of these markers are important, so let’s look at the most important lipid panel marker as documented by biomedical science.

Lipids are fats, and a lipid panel measures levels of different types of fat in the blood.

More specifically, it measures lipoproteins, which are proteins that transport lipids in the blood.

Up until a few years ago, doctors focused most on total cholesterol.

Now, the focus is more on LDL, the so-called “bad” cholesterol. (A dumb name, but there it is.)

Why the focus on LDL? Most doctors and scientists believe high LDL causes atherosclerosis, which leads to heart attacks.

More importantly, they focus on LDL because there are drugs that lower LDL, and patients must take them for a lifetime. Statins. The pharmaceutical companies coach doctors at conferences, and buy influence via medical journals, to convince medical gatekeepers that they must prescribe statins. “In 2011, US doctors wrote nearly 250 million prescriptions for cholesterol-lowering drugs, creating a US$18.5-billion market”.

First, LDL, the one doctors focus on the most.

In a large cohort of people hospitalized for cardiovascular disease, a total of 136,905 hospitalizations, “almost half have admission LDL levels <100 mg/dL”. Their LDL was normal, yet they had heart disease.

The following graph, put together by Ivor Cummins from data from this study, shows that LDL only matters in the context of low HDL. If you have high HDL, then high LDL is barely a risk factor.

If you have low HDL, however, watch out.

The triglyceride/HDL ratio appears to be the most powerful marker for heart disease risk. The lower the better.

Consider the following chart, which I discussed here, and which comes from data from this study.

Those in the top quartile (fourth) of the ratio of triglycerides to HDL had 16 times the risk of heart attack as those in the lowest quartile.

This relationship has been found in other studies too.

Let me repeat, of all lipid markers, only the triglyceride/HDL ratio and HDL were associated with coronary disease, and the ratio was a stronger marker. No significant relationship was found between total cholesterol or LDL.

Men with a low ratio of triglycerides/HDL had a low risk of ischemic heart disease, even when they had other risk factors.

“Men with conventional risk factors for IHD have a low risk of IHD if they have low TG–high HDL-C levels.”

The following chart, taken from this paper, shows that men with a low triglycerides/HDL ratio had a low risk of heart disease even when LDL levels were high. These are of course markers, and not necessarily causative. Raising HDL artifically with drugs has been shown to be ineffective against CVD.

What are good numbers for the triglyceride/HDL ratio?

Last time I checked, mine was 0.5, and it’s hard to get lower than that. Dr. Stephen Sinatra suggests that below 2.0 is ideal.

What does all this mean?

The old model of atherosclerosis and heart disease suggested that arteries were like pipes, and cholesterol clogged them.

In reality, atherosclerosis is an inflammatory disease.

Triglycerides and HDL are markers of insulin resistance, which raises inflammation.

Is there a simple way to identify insulin-resistant individuals at high risk for cardiovascular disease? Yes, a triglyceride/HDL ratio of >3.5 identifies them.

The ratio of triglycerides to HDL is the most important blood lipid marker.

It predicts cardiovascular risk much better than other markers, such as total or LDL cholesterol.