The Normal Value for Iron and Why It Matters 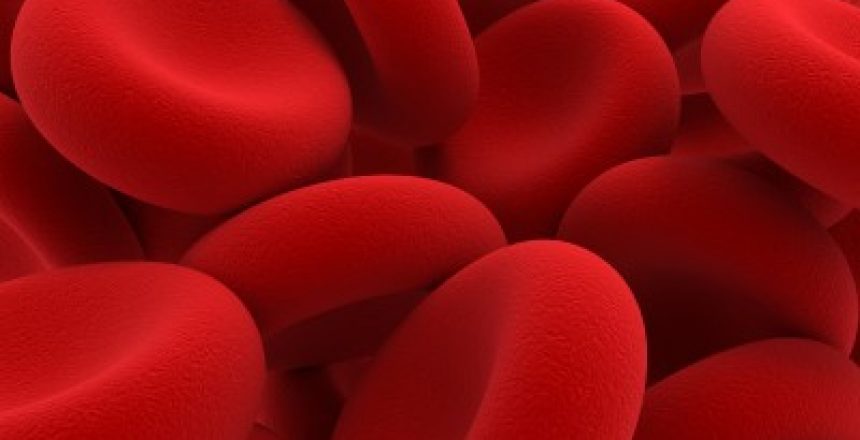 Iron is stored in the body in the protein ferritin, which is considered the best measure of body iron stores.

One of the most important aspects of my book Dumping Iron is that the laboratory normal ranges for ferritin are wrong, particularly the upper limits. Let’s take a look at the normal value for iron and why it matters.

Clinical laboratories calculate a normal range for any given substance of interest by running tests on a large number of apparently healthy people and constructing a range, from high to low, such that the values of 95% of these people fall within the range.

For example, the normal range for fasting blood glucose is 72 to 108 mg/dL. (Ranges may vary somewhat between labs.)

“Apparently healthy” is the key here, since lab values are calculated for fat, sick people. Over 70% of the population is overweight or obese, and a large fraction of them have pre-diabetes or undiagnosed diabetes.

If you care about your health, you shouldn’t just accept what the lab – and the doctor – say is normal.

Personally, I don’t want to be normal. The norm is overweight/obese, out-of-shape, depressed, sugar-addicted. (Not to mention in front of the TV for 8 hours a day.)

For ferritin (iron), here’s what mainstream medicine (the Mayo Clinic) says is normal:

For men (the main audience of this website), the Mayo Clinic deems up to 500 ng/ml ferritin to be normal. In practice, that means if you’re tested, have up to 500 ng/ml, your doctor will tell you that you’re fine, no cause for worry.

Yet a ferritin that high puts your health at risk.

In my book, I stated that a healthy ferritin level for men may be around 50 to 80 ng/ml. I based that range on many scientific studies, both epidemiological and clinical, that showed that health risks rise when ferritin is higher. As for the lower limit, below that may cause iron deficiency, although usually the value would be well below that in deficiency.

How can we better calculate a healthy ferritin range?

One way to do that is to look at ranges associated with hemoglobin, the blood molecule that carries oxygen. The body tightly regulates hemoglobin and uses available iron to make a sufficient amount; when it reaches a sufficient amount, the body stops adding to it (though it still makes enough to satisfy normal turnover of red blood cells), and excess iron is stored as ferritin.

Hemoglobin values associated with ferritin up to 80 ng/dl of ferritin. Values for ferritin above 100 ng/ml were associated with increased risk of type 2 diabetes and cardiovascular disease.

Data presented in Fig. (1) suggest that ferritin levels approximating 80-100 ng/mL represent an upper normal limit of physiologic levels of body iron as related to corresponding hemoglobin levels. Ferritin levels over the 80-100 ng/mL range appear to lack physiologic correspondence with hemoglobin levels. Thus, normative values for the serum ferritin may range from the commonly accepted lower limit of less than about 15 ng/mL to an upper limit of about 80-100 ng/mL as observed in this study. This threshold ferritin level coincides with levels associated with increased T2D risk observed epidemiologically [13] as well as adverse outcomes observed in clinical trial data [17, 21]…

The revised normal ranges for these biomarkers of iron metabolism suggested here bear striking resemblance to other estimates of disease risk in relation to increasing ferritin and %TS levels. Population mean ferritin levels vary considerably by age, race and sex while %TS levels appear to be relatively stable [20, 21, 27]. Mean ferritin levels up to approximately 60-70 ng/mL in the late teens in males and females associate with low disease risk [17, 23-25]. Population levels in males increase at a rate of about 4 to 5 ng/mL per year and plateau at a mean of about 140-150 ng/mL associated with increasing disease risk by middle-age [20]. Cross-sectional measures of ferritin decline gradually with increasing age to range at about 80-100 ng/mL suggesting that such lower levels select for greater longevity [20, 24, 25] as illustrated in CSP 410 outcomes data [17]. Low risk mean ferritin levels below about 50 ng/mL in premenopausal women rise after menopause to plateau at approximately 80-100 ng/mL about 30 years earlier in women compared to men [20]. The increase in ferritin levels above this threshold associate with increased post-menopausal disease risk in women [46]. Occurrence of ferritin levels in this range at an earlier age in women correspond to their increased risk for T2D above this threshold [13]. Higher ferritin levels relate to increasingly impaired beta cell function, insulin resistance and metabolic abnormalities characterizing diabetes [5, 47, 48].

Ferritin levels below about 80-100 ng/mL relate to minimal disease and maximum longevity observed in other studies [17, 20, 22-25]. Individuals in the elderly Framingham Heart Study cohort having a mean age of 75 (age range 68- 93) but lacking a clinical disease diagnosis had mean ferritin levels of 86 ng/mL whereas members of the same elderly cohort having a clinical disease diagnosis had a slightly higher mean ferritin level of 94 ng/mL [22]. … Data from a cohort of males from the Mediterranean region of Europe over age 80 having relatively low morbidity and mortality had mean ferritin levels of 68 ng/mL [23]. These levels were significantly lower than levels found in a male population of similar age from The Netherlands having significantly greater morbidity associated with mean ferritin levels of 137 ng/mL….  Residents of the Mediterranean region are known to have a lower risk of T2D [49], vascular disease and malignancy [23]. These estimates resemble NHANES III data showing a similar pattern for ferritin levels in freeliving older age individuals [20].[My emphases.]

Ferritin (iron) values above the level of 80 to 100 are associated with disease. Healthy individuals and populations have ferritin values below this level.

Laboratory normal values for ferritin include many people either at risk to their health or with hidden illnesses. If you want to be as healthy as possible, your ferritin should not be in the triple digits (100 and up), but below that.

PS: For the complete guide to controlling iron for health, see my book, Dumping Iron.