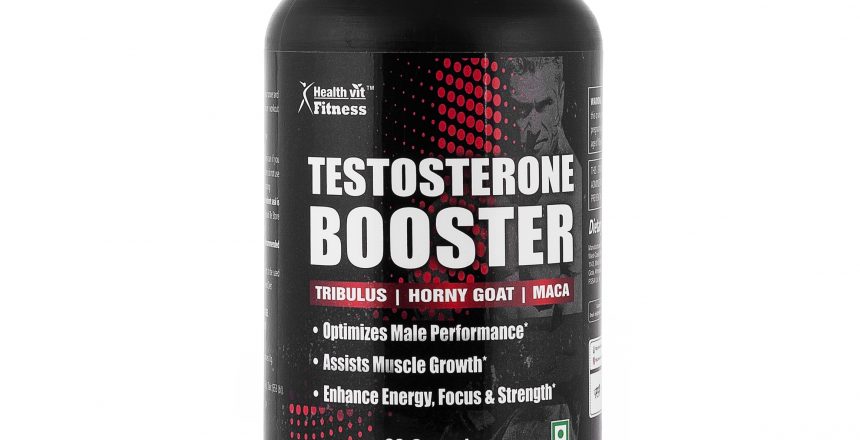 Testosterone boosters: what they are

Testosterone is the hormone that gives men their primary and secondary sex characteristics: fertility, the ability to get an erection, more muscle, body hair, low voice, and psychological traits like aggressiveness and risk-taking.

Having an optimal testosterone level is a good thing. It improves health, increases self-confidence, and all-around improves quality of life.

Testosterone (T, from here on out) levels have been subject to two types of decline.

As men age, their T levels generally decline, although some “exceptionally healthy men” may have high levels into their 9th decade.

And there’s been a long-term decline in T levels over the years, meaning that a man of, say, age 40, has lower T than did a man the same age 30 years ago.

Given these facts, lots of men would like to boost their T levels.

It’s possible to boost T, but it depends. We’ll go into that in this article.

The market has responded robustly to the demand for boosting T. It wouldn’t surprise me if there are hundreds of T-boosting products.

If you’re a supplement company, this field is an absolute gold mine. T-boosters are generally quite expensive, and the kind of men who want to boost their T often have disposable income, so spending a few hundred annually on T supplements isn’t a big deal.

T boosters: do they work?

A good deal of scientific research into increasing testosterone has been done.

For example, magnesium and zinc can increase T, but a big caveat comes with that: you must be deficient in these minerals.

If you’re not deficient, these minerals won’t increase your T. And if you eat and train right as I discuss on this site, you won’t be deficient, absent some huge other problem, like alcohol abuse.

For example, studies done in Iran and Turkey have found that magnesium and zinc may boost T. Many men are deficient in those countries. (Not surprisingly, since bread makes up a large fraction of calories.)

ZMA, a supplement that contains zinc, magnesium, and aspartate, has been disappointing. (Also.)

Boron is another mineral used in T boosters, and has had mixed results. Again, if you’re not deficient, it won’t make a difference.

Ashwagandha may be the best one of this bunch, increasing and improving semen parameters and T levels.

Ashwagandha is also an ancient medicine, which might give us more confidence in its safety.

Many of the others show mixed results or even decidedly negative results.

Bulbine has anabolic and androgenic activity in rats. I’m not aware of any human studies as to efficacy and safety.

Tribulus was underwhelming when tested in animals. No effect on body composition in humans. The aphrodisiac herb Tribulus terrestris does not influence androgen production in young men.

Lots of T boosters contain Tribulus, and it does little to nothing.

So, these herbal mixtures have a mixed record, and as for their safety, we’ll discuss that below.

Many T boosters use d-aspartic acid, a “D” amino acid in contrast to most of those in the human body, which are “L” amino acids. The D and L refer to chirality.

However, there’s some suggestion that d-aspartate could act as an excitotoxin, that is, a toxin that kills neurons at high enough doses.

There’s enough uncertainty in all of this that makes it difficult or impossible to declare that d-aspartic acid is dangerous.

But let me put it this way: I won’t be taking any T booster that contains d-aspartic acid, and you probably shouldn’t either. Caution is in order.

So many of these T boosters are either ineffective, unknown if effective, effective only if you are deficient in essential minerals, or possibly excitotoxic.

There have been reports of adverse events with T boosters.

Testosterone boosters are generally expensive, of doubtful value, and may cause adverse effects.

I won’t be taking any of them any time soon, and absent much more clarity on their safety and effectiveness, I don’t recommend them to anyone else either.

How to really increase testosterone

The best way to raise T is to be in good health. The following interventions specifically impact on testosterone:

If after all this, your T is still low, see a doctor and get the real deal, that’s my advice.