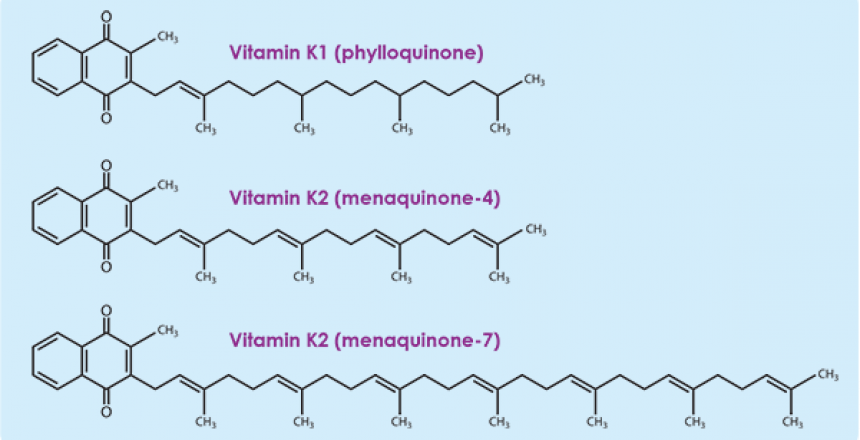 Emerging evidence indicates that vitamin K2 plays a large role in the prevention of heart disease and cancer, as well as other conditions. Vitamin K2 is likely one of the vitamins that people are most deficient in – the other being vitamin D – and therefore it may be worthwhile to supplement with it: vitamin K2, heart disease, and cancer.

Vitamin K refers to a group of fat-soluble vitamins, K1 and K2. Somewhat confusingly, there are several different forms of K2 as well.

Vitamin K2 is involved in calcification, hence it’s important for bone density, a big concern for the elderly. Lack of vitamin K is associated with osteoporosis, and supplementing it can prevent it.

Of importance to men, who suffer from higher rates of heart disease in middle age than women, a deficiency of vitamin K2 can lead to calcification of arteries.

One way to look at K2 is that it causes calcification of the correct tissue: bone, and not arteries or other tissues and organs.

A study done in The Netherlands found huge differences in heart disease mortality, all-cause mortality, and aortic calcification among subsets of people grouped by vitamin K2 intake: Dietary Intake of Menaquinone Is Associated with a Reduced Risk of Coronary Heart Disease: The Rotterdam Study.

The relative risk of death from coronary artery disease in the highest tertile (third) of vitamin K2 intake was nearly 60% lower than those in the lowest tertile. I’ll take that degree of risk reduction any day of the week.

Risk of all-cause mortality was ~25% less, and the risk of aortic calcification was only about half that of the lowest intake group.

Of importance, intake of phylloquinones, or vitamin K1, was not associated with any of these outcomes.

These studies of course show associations and not causation, but there are good reasons to believe that causation is involved.

There may also be a relation between vitamin K2 intake and less prostate cancer, though results are only suggestive.

The inverse association between vitamin K2 consumption and lower rates of heart disease makes sense, since one of the functions of vitamin K2 is in calcium metabolism. Calcification of the arteries is a cause of coronary heart disease. Essentially, vitamin K2 gets calcium into the right places, bones instead of arteries.

Vitamin K deficiency may be involved in Alzheimer’s disease too: Low Vitamin K Intakes in Community-Dwelling Elders at an Early Stage of Alzheimer’s Disease.

Types and sources of K2

Given the above evidence – and there’s a lot more – I want to be sure I get adequate vitamin K2.

If you supplement with vitamin D – which I do – you should also be sure to get adequate K2; both are important for calcium homeostasis, so you shouldn’t get one without the other.

Pasture-raised meat and dairy are the best sources of vitamin K2. However, they’re expensive, most people never eat them, and I only seldom do. Feedlot meat and dairy doesn’t have much. Kerrygold butter from Ireland, sold here in the U.S., is a good source, although amounts of K2 also appear to be dependent on the season of the year, so you can’t be sure.

Given all of this, I supplement with K2. It’s the only vitamin I take besides D. Heart disease runs in my family, and I don’t feel like getting it.

I’ve been supplementing with a form of K2 known as MK-4, but I recently switched to the MK7 form. Here’s why:

The study compared the administration of MK-7 to that of MK-4, and found that “MK-7 was well absorbed and reached maximal serum level at 6 h after intake and was detected up to 48 h after intake. MK-4 was not detectable in the serum of all subjects at any time point..”

We conclude that MK-4 present in food does not contribute to the vitamin K status as measured by serum vitamin K levels. MK-7, however significantly increases serum MK-7 levels and therefore may be of particular importance for extrahepatic tissues.

I immediately bought an MK7 form of vitamin K2. There are many brands and sizes, and this one seems to be the best value.

Vitamin K is important to the health of your arteries. Atherosclerosis is one of the leading causes of death in the developed world.

Therefore, I take a vitamin K supplement. The MK7 form is the one to get.