Why a Low Insulin Lifestyle Is Essential for Health 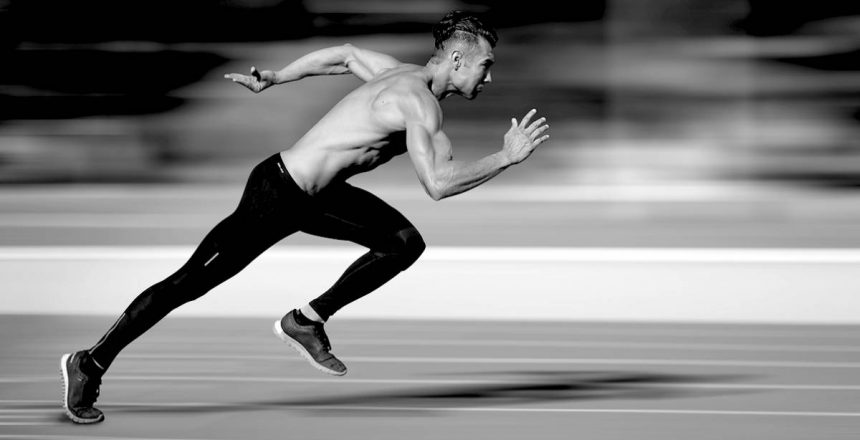 As you age, you have an increasing susceptibility to chronic disease, and much of that is due to insulin resistance and increased insulin levels.

What’s the real cause of coronary heart disease?

I’ve noted many times here that it couldn’t be cholesterol, but if not that, what is?

Insulin is the hormone that your body uses to control blood glucose, and it rises when you eat, particularly food high in refined carbohydrates and sugar.

Consider the Helsinki Policemen Study, 970 of whom were examined and given glucose tolerance tests.

After 22 years, those who were in the lowest quintile of glucose and insulin, indicating good insulin sensitivity, had the lowest rate of coronary heart disease. See chart below. 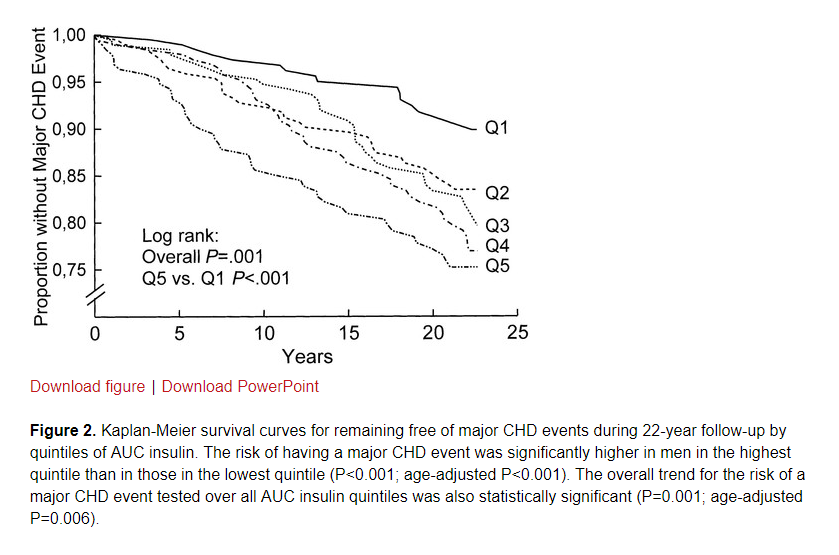 As Ivor Cummins suggests, the results might have been even starker had the study measured insulin sensitivity more than once, at the beginning. The reason is that many of the policemen would likely have gone from insulin sensitive to insulin resistant over the years. Those who stayed insulin sensitive would have even better health and freedom from CHD.

This isn’t the only study to have found these results. Hyperinsulinemia as an Independent Risk Factor for Ischemic Heart Disease. In this study there was no glucose tolerance test; instead, they measured fasting insulin. Results below. 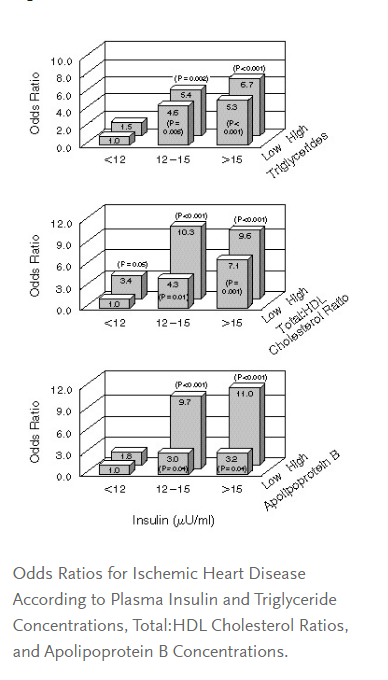 Why would insulin cause heart disease?

A key factor may be that it causes hyperplasia, the growth of tissue.

Insulin is an anabolic hormone, and causes tissue growth.

Excessive intimal hyperplasia in coronary arteries may be the initiating factor in coronary heart disease.

As we say previously, the ratio of triglycerides to HDL is the most important lipid marker, and blows away any other in predicting risk. This ratio is a measure of insulin resistance.

Insulin resistance and visceral fat (or abdominal obesity) are highly related to risk of colorectal cancer. The highest tertile (third) of visceral fat had a 6-fold increase in cancer risk.

Aging is a risk factor for heart disease. And insulin resistance increases with age.

Why does it increase with age? Is it something inherent in aging?

Insulin resistance may be much more related to abdominal adiposity – increased waist size, basically – than to aging itself.

In essence, people get older and they also get fatter, and their fatness is driving their insulin resistance and therefore their susceptibility to chronic disease and death.

Reducing insulin levels in mice by genetic means increases their lifespan by 25%.

The drug metformin increases lifespan in lab animals, and will likely do so in humans. Perhaps the main reason for its life extension capability is that it decreases insulin levels.

For the mTOR fans (and I’m one), insulin activates mTOR, thus promoting aging. 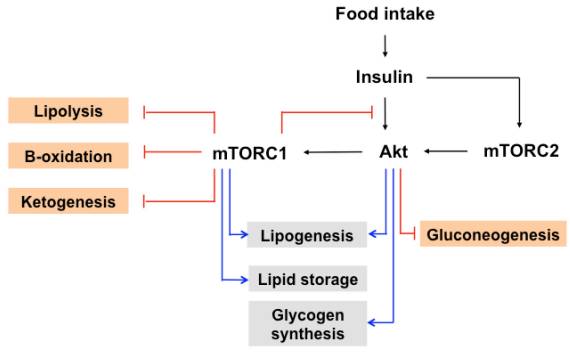 Given the evidence above, a low-insulin lifestyle is imperative for remaining free from chronic disease and living a long, healthy life.

I have little doubt it’s the most important thing you can do in that regard.

How do you live a low-insulin lifestyle? Follow these steps:

That’s it. That’s the recipe.