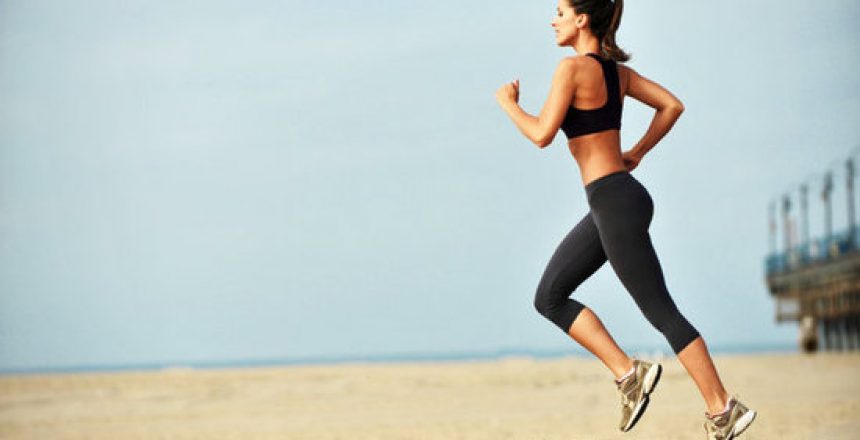 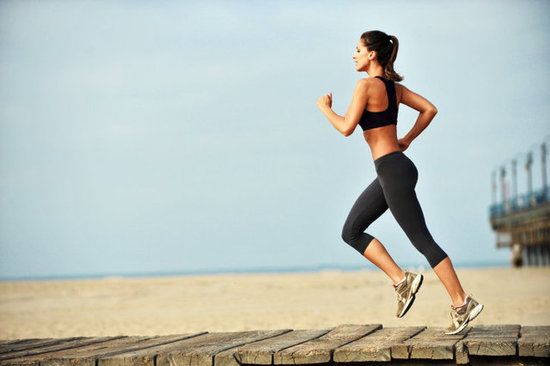 For several decades now, mainstream health and fitness authorities have recommended aerobic exercise, also known as endurance exercise or “cardio”, as the best way to exercise and get fit. And Americans have been following that advice, and now exercise more than ever.

As humans get older, they lose muscle at a predictable rate if they don’t do anything about it. Between ages 50 and 70, most people will have lost 30% of their muscle mass, and then another 20% or so to age 80, a full half of all muscle being lost by that age.

The loss of muscle is largely responsible for the fact that most people gain fat as they get older, even when eating the same quantity and quality of food as when they were younger; muscle burns more energy than other tissues, so when it’s lost or replaced, total metabolic rate declines, and if food intake doesn’t also decline, fat gain ensues.

Two things can help prevent muscle loss with aging: a higher fraction of protein in the diet, and strength training. (High doses of testosterone, anabolic steroids, or growth hormone work too.)

Aerobic exercise does next to nothing to fight muscle loss. Walking is probably the most common form of aerobic exercise that people engage in, and if someone did nothing but walk, they will typically lose 4 to 6 pounds of lean mass every decade, along with a decline of 2 to 3% in resting metabolic rate, essentially no different than if that person was completely sedentary.(1)

So aerobics, or at least walking, could lead to fat gain by allowing the loss of muscle mass.

Would more intense forms of aerobics be better than walking for retaining or building muscle? That seems doubtful: I’ve never seen a well-muscled distance runner. (Sprinting is another story, of course, but that isn’t aerobic exercise; it’s high-intensity training.)

People of course use aerobic exercise to try to lose fat, even though it has a poor record in this area. Mostly people try to lose weight with a combination of low-calorie dieting and exercise together, and this combination is astoundingly good at one thing, and that’s causing the loss of muscle.

A rule of thumb when dieting for weight loss if that from one fourth to one third of weight lost is muscle. That’s not good and should be avoided.

Some researchers looked at what would happen when a group of 20 people (3 men, 17 women) were randomly assigned to diet and exercise. One group of 10 did aerobics, one hour, 4 times a week, and it consisted of walking, cycling, or stair climbing. The other group did resistance training, 10 different stations, starting at 2 sets of 8 to 15 reps, increasing to 4 sets of the same by week 12. Both groups were placed on a low-calorie diet, at 800 calories. The program lasted 12 weeks.(2)

The diet + resistance training group lost 14.4 kg (32 pounds), and all of that was fat. They lost no muscle.

Which group do you think looked better, felt better, and had better prospects of maintaining their fat loss? That’s right, the resistance training group.

The resistance training group didn’t even work out as hard as they could have, and used no added protein. If they had done both, they likely would have gained muscle while they lost fat.

The important lesson here: if you want to lose fat and do so by dieting, resistance training (weightlifting, strength training) should always accompany your efforts, or you stand to lose muscle.

Aerobic exercise, especially when combined with dieting, can lead to muscle loss, resulting in lower metabolic rate and worse health, not to mention an increased risk of sarcopenia. Some studies have found that losing fat as measured by waist size results in lower mortality, but a decline in body mass index (BMI) raises mortality risk. (3) The explanation here is that losing fat is good, losing muscle is bad. Very bad.

Basically, the mainstream health and fitness establishment was wrong again, like they were with low-fat eating. While aerobic exercise does have benefits for cardiorespiratory fitness, it does little to nothing to prevent muscle loss and besides that, is an inefficient way to train. Running causes more injuries than bodybuilding.(4)

I’ve explored many variations on the theme of aerobics versus strength training in my new book, Muscle Up: How Strength Training Beats Obesity, Cancer, and Heart Disease, and Why Everyone Should Do It.