How Much Exercise Is Too Much? 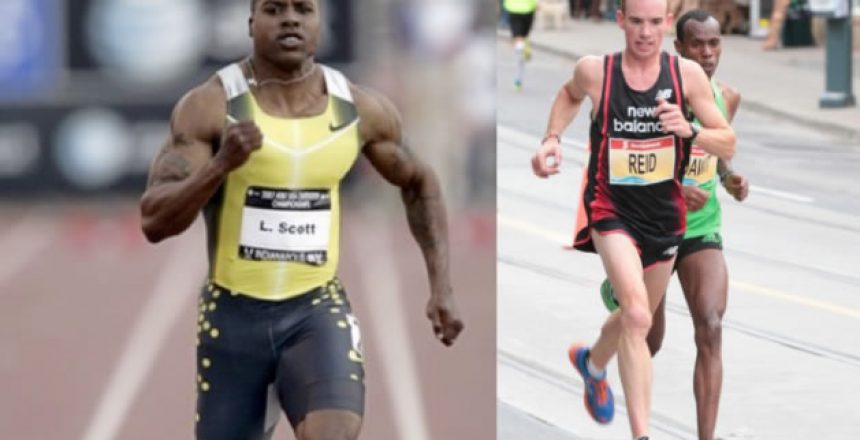 Exercise is known to be healthful, one of the healthiest things you can do. It’s said that if exercise were a pill, doctors would prescribe it to everyone, and high cardiorespiratory fitness is one of the best indicators for health and long life. Is there such a thing as too much exercise, and if so, how much exercise is too much? (Thanks to Josh Mitteldorf for pointing out the following papers.)

The J-curve for exercise

Exercise promotes hormesis, which is the beneficial effect on an organism of low doses of a toxin or stress. Exercise is a stress and indeed must be so to improve health. But too much stress is as bad as too little.

A comprehensive review, Exercising for Health and Longevity vs Peak Performance: Different Regimens for Different Goals, looks at the evidence that too much exercise is bad for health. For example, the following chart shows the incidence of atrial fibrillation (a cardiac arrhythmia) by levels of exercise volume and intensity. Important to note here, like so many others, the authors of this review don’t distinguish between intensity, which is the density of effort, and volume. Incredibly, the original paper to which they refer doesn’t appear to make that clear either.

Those who exercised at high intensity and volume had a higher incidence of atrial fibrillation. The J-curve can be seen in the graph.

What is the upper limit of exercise for good health?

On the basis of multiple studies, it might be prudent to limit chronic vigorous exercise to no more than about 60 min/d. This recommendation is reinforced by a trial of 60 men with stable CHD who were randomized to vigorous exercise sessions lasting either 30 or 60 minutes. The 30-minute exercise bouts enhanced arterial elasticity and generated minimal oxidant stress. In contrast, the 60-minute sessions amplified oxidant stress and transiently stiffened blood vessels, especially among men older than 50 years.

A weekly cumulative dose of vigorous exercise of not more than about 5 hours has been identified in several studies to be the safe upper range for long-term CV health and life expectancy. It may also be beneficial to take 1 or 2 days a week off from vigorous exercise and to refrain from high-intensity exercise on a daily basis. [my emphases]

So, what can we conclude from this review?

Endurance exercise of long duration causes these problems. All of the athletes in these studies were distance runners, cyclists, endurance skaters, cross-country skiers, and the like. None of them were sprinters or weightlifters.

Another study reviewed the longevity of elite athletes. They (tens of thousands of athletes studied) had about a 27% lower risk of death from heart disease, and a 40% lower risk of cancer death.

The evidence available indicates that top-level athletes live longer than the general population and have a lower risk of 2 major causes of mortality, namely, CVD and cancer.

The full paper (behind a paywall but obtained through the wonders of the internet) states:

Although more research is needed using more homogeneous cohorts and a more proportional representation of both sexes, the evidence available indicates that elite athletes (mostly men) live longer than the general population, which suggests that the beneficial health effects of exercise, particularly in decreasing CVD and cancer risk, are not necessarily confined to moderate doses. Future studies might elucidate whether the present high demands of professional sports participation also translate into an actual longevity and health benefit. [my emphasis]

Unfortunately, the evidence for such a statement is sparse. The athletes studied included players of baseball, football (American), soccer, cyclists, track and field, and other Olympic events.

Clearly, not all of those athletes are endurance athletes, and may not be placing themselves under the kind of stress associated with hours of endurance running.

Another problem is self-selection. People become athletes in part because they’re good at it, and they’re in good physical shape, i.e. they’re healthy. Unless we can randomize people to becoming an elite athlete or not, then we can’t know how much of the longevity effect is genetic or from some other factor.

Too much endurance exercise can be unhealthy.

Very likely other kinds of exercise could be unhealthy too, if carried to an extreme. The volume of exercise that goes into professional bodybuilding, for example, could make it unhealthy, even absent the effects of steroids.

The amount of endurance exercise that makes for worse health is within the range of what many recreational runners do. (I know, because I used to do that much.)

High-intensity weightlifting, and high-intensity interval training, both of which are characterized by a relatively low volume of exercise, would appear to be safer for the heart, although more studies on these are needed.

PS: For more on how to live longer, see my book Stop the Clock.