Overcoming anabolic resistance for the older man and the hardgainer 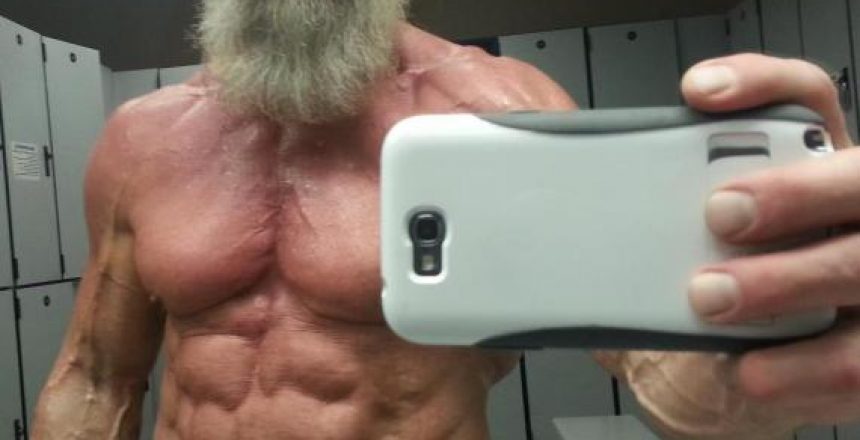 What is anabolic resistance?

Anabolic resistance is the phenomenon in which muscle does not respond to stimulus with normal muscle protein synthesis, but rather a reduced response. The stimuli that would elicit such a response are resistance training, as the academics call it, and ingestion of protein. In young, healthy people, these stimuli cause increased muscle synthesis, and over the longer term this means bigger muscles, as they adapt to continued stimulus.

Sarcopenia and the “hard gainer”

In sarcopenia, that is muscle wasting, which is most often seen in older people, basal muscle anabolism and catabolism can be normal, but the muscle fails to respond properly to stimulus, namely resistance training and protein consumption.

In younger men, we find the phenomenon of the so-called “hard gainer”, the guy who lifts and lifts and eats and eats, but can’t seem to put on much muscle, or at least finds it much more difficult than others to do so.

The cause of anabolic resistance

Anabolic resistance has actually been studied a fair amount because it’s a common condition in older people that leads to sarcopenia. Since sarcopenia often leads to disability, the inability to care for oneself (nursing homes) and ultimately death (from falls leading to hip fractures and the like), anabolic resistance is actually a major public health problem.

Researchers often focus on ways to fix it, but as to the cause, they are often reduced to saying that it’s just “age”. Sure, we know detailed cellular mechanisms of resistance, but why age causes these is another story.

A large clue to how all this works is the fact that omega-3 fatty acids from fish oil are anabolic. For example, Omega-3 polyunsaturated fatty acids augment the muscle protein anabolic response to hyperinsulinaemia–hyperaminoacidaemia in healthy young and middle-aged men and women. In this study, fish oil caused a ~30% increase in muscle protein synthesis, and a ~50% increase in mTOR phosphorylation.

How to overcome anabolic resistance

There are several ways that anabolic resistance may be overcome.

1. Fish oil: by decreasing inflammation and increasing insulin and other receptor sensitivity.
2. Increased protein consumption. In younger people, 20 grams of protein in one meal may be enough to promote maximum protein synthesis. Older people may need more. In one study, older men undergoing resistance training had better muscle protein synthesis when they ingested 40 grams of whey protein as opposed to 20.
3. Exercise itself reduces anabolic resistance.
4. “Faster” protein: the protein in meat, eggs, and the like digests slowly, and amino acids in the bloodstream therefore do not rise to as high a level as they do with a protein that digests faster, such as whey. The level of amino acids in the blood is a crucial determinant of anabolism. Therefore, taking a fast protein such as whey, whether with a workout or without it, will cause greater anabolism, other things being equal, such as quantity.
5. BCAAs and leucine: BCAAs, particularly leucine, crucially determine the amount of muscle protein synthesis. So ingesting protein high in BCAAs / leucine will cause greater anabolism. Whey has the highest fraction of BCAAs of any protein.
6. In older people, resistance training. It appears that sarcopenia may arise from a combination of inflammation (“inflammaging”) or just disuse. Older people typically have good responses to resistance training, even into their 90s.

Don’t let age be an excuse

There you have it. It is not “age” that causes anabolic resistance, but various metabolic derangements that accompany it. If you’re older, or you’re a hard gainer, you can use some of these methods I outlined to overcome anabolic resistance.

P.S.: I was asked what type of whey I like, and the answer is NutraBio, which is cold-processed and undenatured. Best one available, IMO.