Why Older Men Should Lift Weights 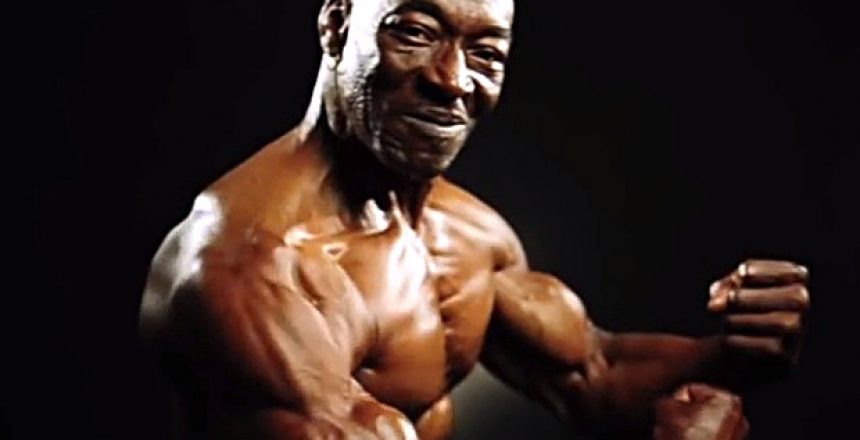 Aging means loss of muscle. Men at the age of 80 have typically lost 50% of the muscle they had in youth.

Let me emphasize – 50%. That sad statistic shows why strength training is crucial, and why older men should lift weights.

And listen up you younger men: muscle loss begins as early as your 30s, with 10% of your muscle disappearing each decade if you don’t do something about it.

Loss of muscle leads to frailty, lack of vitality, and disease, since muscle is an important determinant of insulin sensitivity. Do you want to go into older age with strength, vigor, and lust for life, or do you want to be weak, feel tired all the time, and feel like old age isn’t even worth the trouble?

Does aging cause muscle loss, or is aging just associated with it, being caused by something else, such as lack of activity? The short answer to that question, in my opinion, is that muscle loss and aging cause and feed on each other in a vicious cycle.

Aging-related muscle loss is thought to be related to anabolic resistance, the condition in which aging muscle doesn’t respond to growth stimuli as well as does younger muscle. The two growth stimuli are dietary protein and strength training.

Muscle is a dynamic tissue, and breaks down and rebuilds regularly, in tune with daily rhythms of fasting and eating, and rest and training. The following diagram illustrates this. 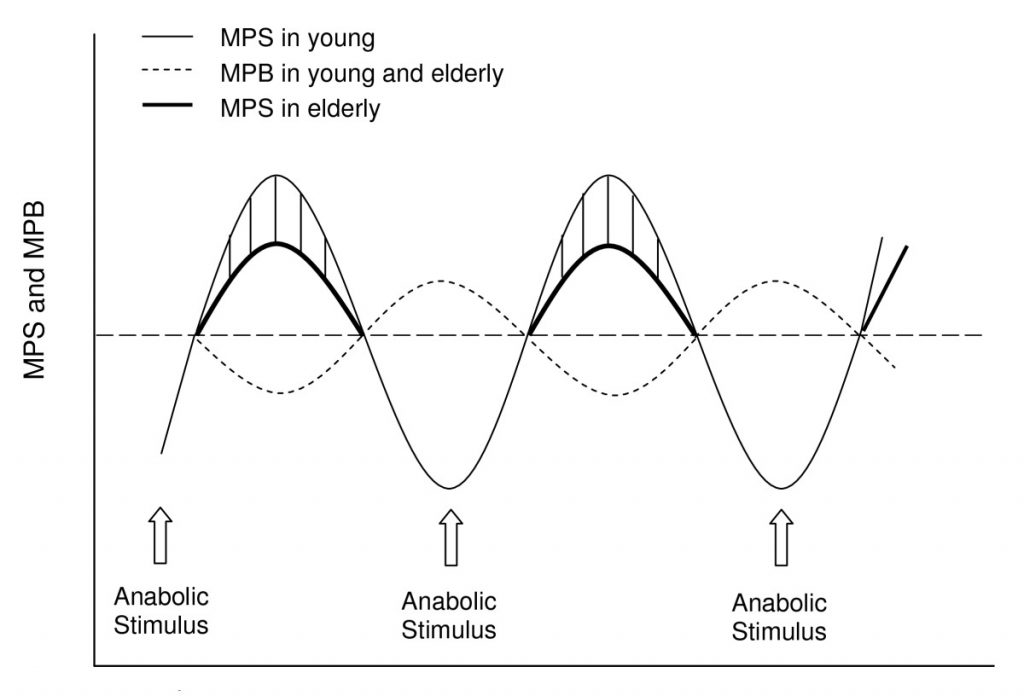 Muscle protein breakdown (MPB) proceeds at the same magnitude in both younger and older people, but muscle protein synthesis (MPS) in older people is lower than in young people, and when this goes on for a long time, muscle loss results.

What can older men (and women) do about this? Lift weights.

The muscle synthetic response on older men remains robust, and they gain muscle and improve their metabolism.

In a study of older men doing high-intensity weight training, men aged 60 to 75, average age 64, trained for 16 weeks using heavy loads (85 to 90% of 1RM). Note that while the study calls the protocol “high-intensity”, it’s not what is normally meant by that term, which means going to failure and pushing muscles to their utmost. In this case, they’re referring to using heavy weights.

The results after less than 4 months of training:

The authors of the study made the following points:

To my mind the most important point is the third: if you’re older, don’t be fooled by people telling you that walking a few times a week for a few miles a day is enough.

Get off your duff and lift weights.

We often hear that adults should aim for 150 minutes a week of moderate intensity aerobic activity. Examples of moderate activity include “brisk walking, swimming and mowing the lawn.” So according to this, walking for 30 minutes, 5 times a week, is sufficient.

But you’ll lose muscle by doing only that.

To be fair, health authorities increasingly recommend some strength training.

But using resistance bands, water paddles, or for most people, their own body weight, isn’t going to cut it. Every older person that’s capable of it should lift weights. Heavy weights.

Adding more protein and cutting out some of the carbs, when combined with regular strength training, will produce outstanding results. (In the above studies, no dietary changes were made.)

Men lose muscle as they age, but they don’t lose the ability to increase it by lifting weights.

Exercise prescriptions for older men are inadequate. They need to do more than walk.

Functional ability will increase, but perhaps even more importantly, self-confidence and sense of well-being will shoot through the roof.

PS: To learn about how more muscle leads to better health and how to train for strength, get my book, Muscle Up.